Cubans are dying of Covid-19, without medication or oxygen 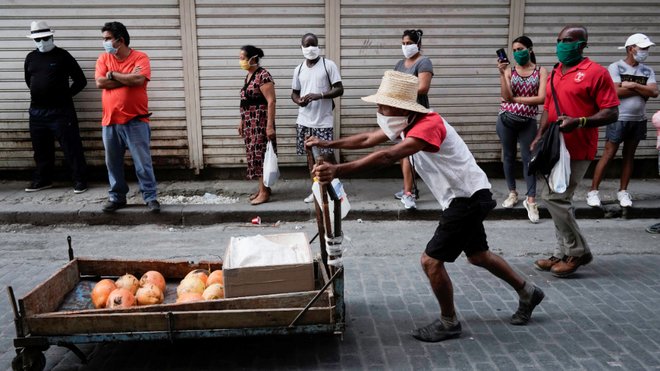 To the profound national crisis suffered by the people of Cuba, after having starred in the largest political rebellion in its entire history, because the dictatorship, the scourge of Covid-19 is now out of control, too.

Every day the previous record of infected and deceased by the pandemic is broken. On July 25, Ministry of Public Health (MINSAP) reported 8,853 new infections and 80 deaths. The total is 332,968 infected patients since March 2020, and 2,351 deaths, with a daily average of 75-83 deaths.

Ciego de Avila is now the province hardest hit because tourists continue to arrive on its beaches. The military mafia that owns the hotels refuses to keep them empty. On July 25, 32 Avilanians died of Covid-19, triple the number in Havana (10) and Matanzas (9), which was the most affected, also because of the incessant Russian tourism.

And precisely from Ciego de Avila the sad news reached the author of this article that a very dear first cousin, Nieves Cruz Quiñones, and her husband, Alejo Martí, died of Covid-19 in that city a few days ago, without receive any medical attention. The hospitals in that province have been collapsed for three months, and since there are no beds available, both were taken to what the population calls “coronavirus concentration camps.” Because they are. 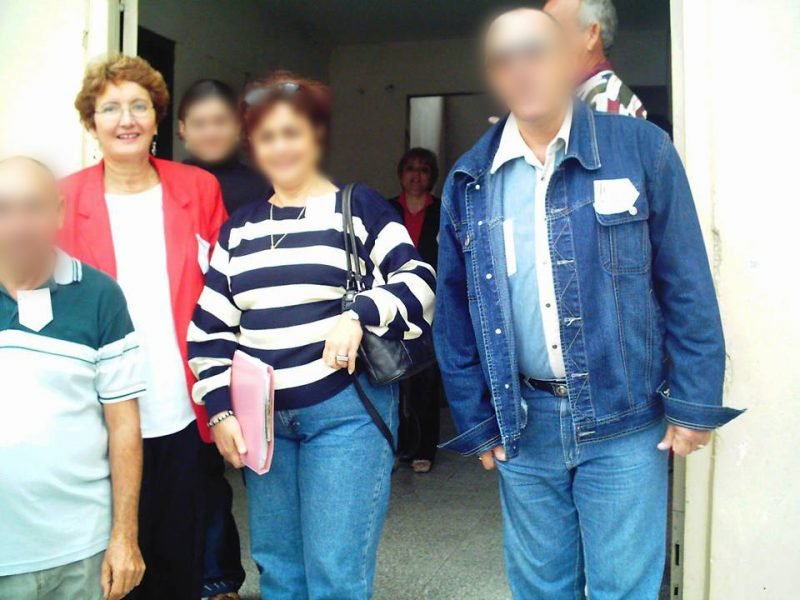 Nieves Cruz Quiñones (in the picture with a red blazer) died of Covid-19 a few days ago, without receive any medical attention

No oxygen balloon, no medications, and only one doctor

She and her husband, retired professors from the University of Ciego de Avila, were taken to the militarized building of the EIDE (Physical Education) school on the outskirts of the city. There was no oxygen there to even relieve the suffocation of the 96 Covid-19 patients held there. The only oxygen balloon was unusable because it lacked the mouthpiece to inhale.

There was a single doctor for almost a hundred patients in serious condition, and without antibiotics, drugs of any kind, or equipment. Family members of the couple contacted friendly doctors who were willing to assist them and other patients, but the authorities did not allow it. Nor did the military in charge of the EIDE allow them to return home so that their friendly doctors could assist them. Neither Nieves nor Alejo were vaccinated. They had been told they had to wait.

She just had a “really bad flu”

A few days before she passed away, Nieves was told that she no longer had coronavirus, that the last test had been negative, and what she was suffering from was a “very bad flu.” And so, she told her daughter on the phone. After she passed away, sadly suffocated, they wrote on her certificate that she died of a “pulmonary thrombosis” without mentioning the Covid.

In other words, the MINSAP reduces the figures of Covid’s deaths to not damage the image of the “medical power.” Surely in Cuba more than 12,000 people are infected daily, and more than 5,000 have died. The last straw is that when a relative asked one of the main officials of the provincial MINSAP if there was an urgent contingency plan to stop the advance of Covid-19, she responded “alarmed” that there are none, and that many more Avilinians are going to die from coronavirus.

The highest number of patients in America, much higher than the rest of the world

MINSAP on July 19 reported about 4,000 infected per million inhabitants during that week, the highest figure in the entire Western Hemisphere, and nine times higher than the world average. And that, with manipulated figures and everything.

And it is the communist regime that is to blame. In March 2020, when the pandemic was already ravaging the world, Raul Castro and his gangs not only did not close the borders to tourism, but also launched a global advertising campaign for tourists from all over to travel to enjoy Cuban beaches. They only suspended tourism already with the virus spread throughout the country. 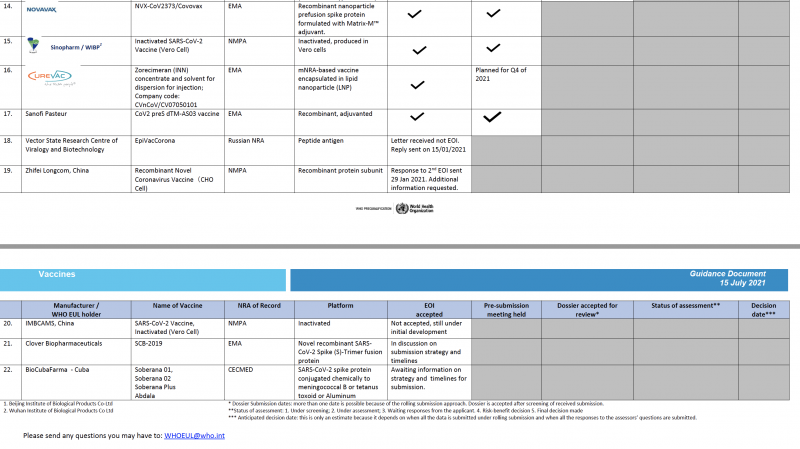 Cuba has not even submitted the protocols of its vaccine candidates to the World Health Organization. Cuba is using the Cubans for guinea pigs.

Nor did the dictatorship accept vaccines from the World Health Organization (WHO) through the COVAX Program, in charge of distributing 2 billion certified vaccines, and free of charge to poor countries. In Latin America COVAX has delivered millions of vaccines to Argentina, Colombia, El Salvador, Paraguay, Bolivia, the Dominican Republic, Ecuador, Haiti, Honduras, Panama, Peru and other countries.

Why didn’t he accept them?  Because Castro and his associates don’t give a damn about the health and lives of Cubans. Their thing is to earn more dollars to continue enriching themselves. And they decided to make a vaccine so that if it were successful, export it to the whole world and earn millions of dollars.

In other words, while in Latin America people received free and proven effective vaccines, Cubans could not get vaccinated. Many months later, with the virus attacking everywhere, they began to receive the Abdala vaccine, without due international scientific support, which explains why people vaccinated on the island die of Covid-19. 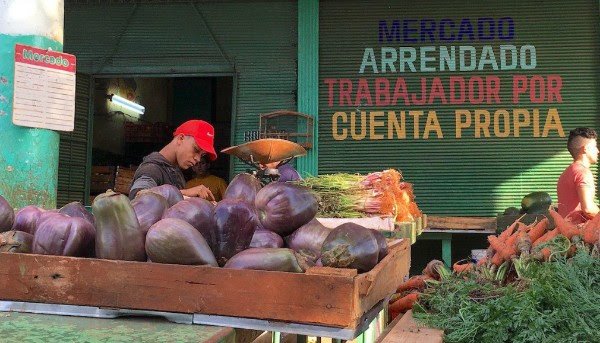 WASHINGTON DEMANDS FROM CUBA AT THE U.N. AN END TO THE INTERNAL BLOCKADE 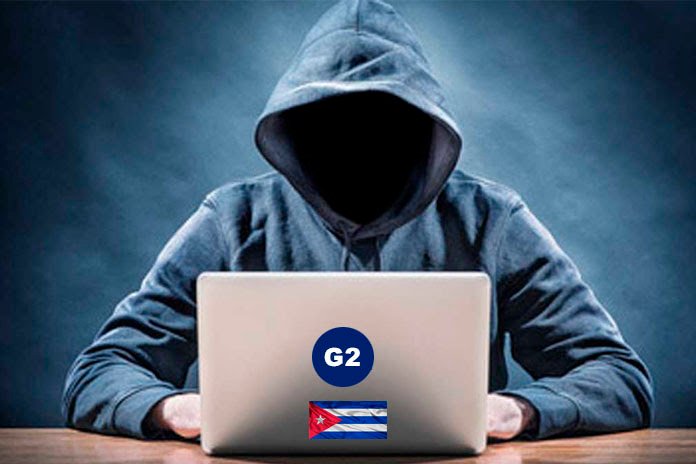 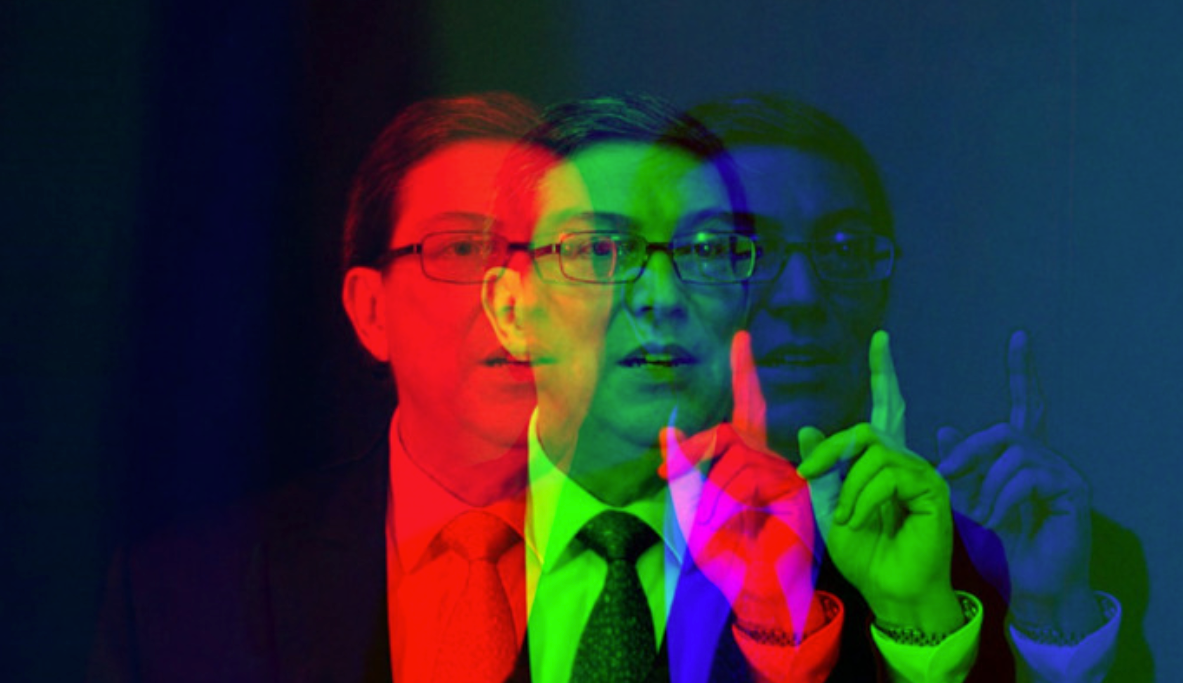