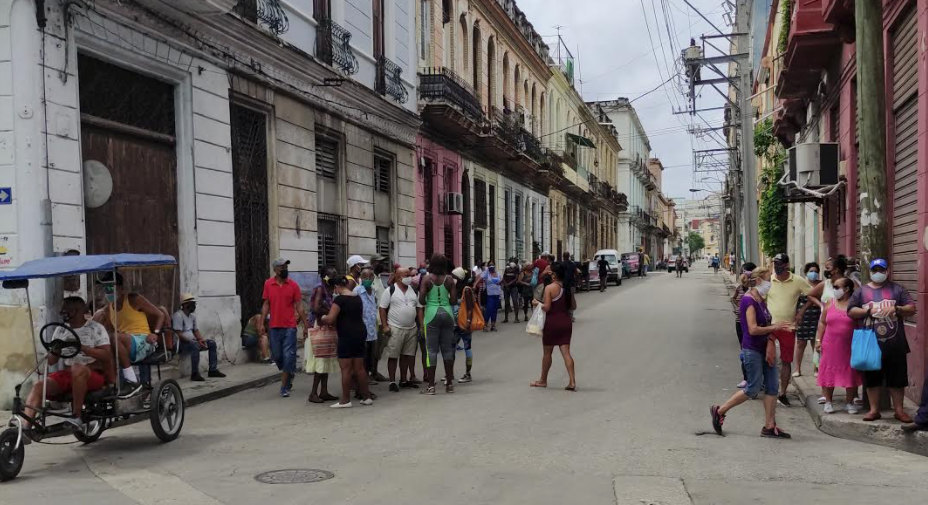 On June 23, the déjà vu of approving Castro’s traditional resolution condemning the US embargo on Cuba ─which the regime calls a “blockade”─ took place again in the UN General Assembly.

Of the 192 member countries of the top world forum, 184 voted against something they are not fully aware of. In other words, more than 98% of the votes in favor, a score that is never achieved for other issues that are crucial to mankind.

Just a handful of those countries, however, raise their voices to condemn the violation of human rights in Cuba, or to ask when the elections that Fidel Castro promised in 1959 will be held.

All of this anti-Cuban display confirms that the biggest propaganda success Castro achieved, which is still enjoyed by the dictatorship he founded, is the myth that Cuba is the victim of a cruel commercial and financial blockade imposed by the United States, which has prevented the “Cuban revolution” from accomplishing its goals of economic and social development.

Two key elements contributed to such worldwide deception: having replaced the word “embargo” by “blockade”, a rather dramatic military term; and the concealment of the true blockade that the dictatorship applies internally against the Cuban people.

Let’s take a brief look at the “blockade against Cuba.” To begin with, it is not a blockade nor is it against Cuba. It is a bilateral trade and financial embargo, involving two countries. It is not absolute either, but partial, with plenty of exceptions and gaps. And it is not against Cuba, but against the Castro State, which is not the same.

A real blockade was, for example, the one imposed by the German invaders to the Soviet city of Leningrad (currently Saint Petersburg). There, from September 1941 to January 1944, absolutely nothing entered or left. More than a million people died, most of hunger and cold, including, incidentally, a brother of Vladimir Putin, who had not yet been born.

It is not a blockade, nor is it a total embargo

Not only there is not a blockade against Cuba, but it is not even a total embargo, as these five arguments should demonstrate:

1) Cuba can trade with the remaining 194 countries of the world.

2) The Helms-Burton act allows US exports of food and medicine to Cuba.

3) Today, The United States is Cuba’s main source of foreign exchange. In 2019, the year before the pandemic, some 6.5 billion dollars flowed to the island from the United States in remittances, goods and travel by Americans and Cuban-Americans.

4) The embargo only targets the Castro State. It does not include Cuba’s private sector. If the regime allowed private farmers and businesses to trade freely with the US, there would be no food crisis or extreme poverty in Cuba.

5) If Cuba does not have access to credits, or cannot operate with US dollars in Western banks, it is because it does not pay its debts and nobody wants to lend it, and because it is a State Sponsor of Terrorism.

In addition to being Cuba’s top supplier of foreign exchange, the US is its main supplier of frozen chicken, which is today a basic proteic food staple in the Cuban people’s diet. America sells Cuba 16 times more chickens than Brazil. From 2000 to 2019, the United States shipped 2.3 million tons of chicken to Cuba, worth almost $ 2 billion.

In April 2021, Cuba bought 30,024 tons of chicken from US farmers, compared to 1,892 tons imported from Brazil. Buying from the US, the “blockader” country, is more advantageous, as one kilogram of American chicken costs Cuba $1.00, compared to $ 1.48 per kilo in Brazil, with added distance and transportation expenses.

How much do the Cuban military charge for a kilogram of “American chicken” in the dollarized stores they control in Cuba? They sell it at $ 7.58 per kilogram, as reported by the newspaper 14yMedio from a market in Rancho Boyeros, Havana.

Tania Urquiza, vice president of the BioCubaFarma monopoly, maintained on national television that 120 medicines of the 359 the island manufactures are lacking in Cuba because the blockade prevents importing the necessary raw materials. That is false. China and India are the pharmaceutical pantries of the planet today. 80% of the components used in Europe and the US to make drugs come from those two countries. If Cuba does not have them, it is because its economy does not generate enough foreign exchange to buy them, not even from its Chinese partners.

According to the regime’s National Statistics and Information Office (ONEI), in 2019, the US ranked ninth among 71 countries that exported merchandise to Cuba, with food sales to the island worth $ 308 million.

Given all of the above, it is urgently necessary to denounce the true blockade, which is the internal blockade against the Cubans.

In so doing, any demand presented to Raúl Castro and his military mafia must include the following seven points:

Key points to demand the end of Castro’s internal blockade

1- Give Cubans freedom to invest unlimited capital in the urban and agricultural economy so that they can expand their businesses, as well as to export and import without State intervention and freely dispose of the foreign exchange obtained.

2- Abolish the State Acopio harvest-collection system and the State-controlled agricultural enterprises. Let private farmers sell 100% of their crops in the market or to private retailers, at prices negotiated between the parties.

3- Render without effect the system of State lands given in usufruct, so that usufructuaries become legal owners of those farms.

4- End the centralization of the economy by the State, as well as the State monopoly on retail commerce. Authorize the creation of small and medium-sized private companies in the fields of industry, agriculture, livestock, mining, fishing, commerce and services, allowing university-graduated professionals and experts to open theirs, both as individuals or as members of private firms.

5- Abolish the State monopoly on foreign trade and allow private companies to export and import goods and dispose of dividends.

6- Develop a tax reform that encourages investment and economic revival of key areas with low taxes or tax exemption for several years, with the State prioritizing, above all, the production of food and drugs, construction of houses and other activities that will immediately impact the welfare of the population.

7- Launch a new policy to put and end to the exile of millions of Cubans and lure them to participate in the development of their country of birth, both with financial capital and with their know-how, talent and relationships inside the business world.

It is time for the international community to realize that if Cubans endure starvation and misery today, it is not because of the “evil” of a foreign government, but because of the military mafia that usurps power on the island, keeping in place an internal blockade that suffocates the population.