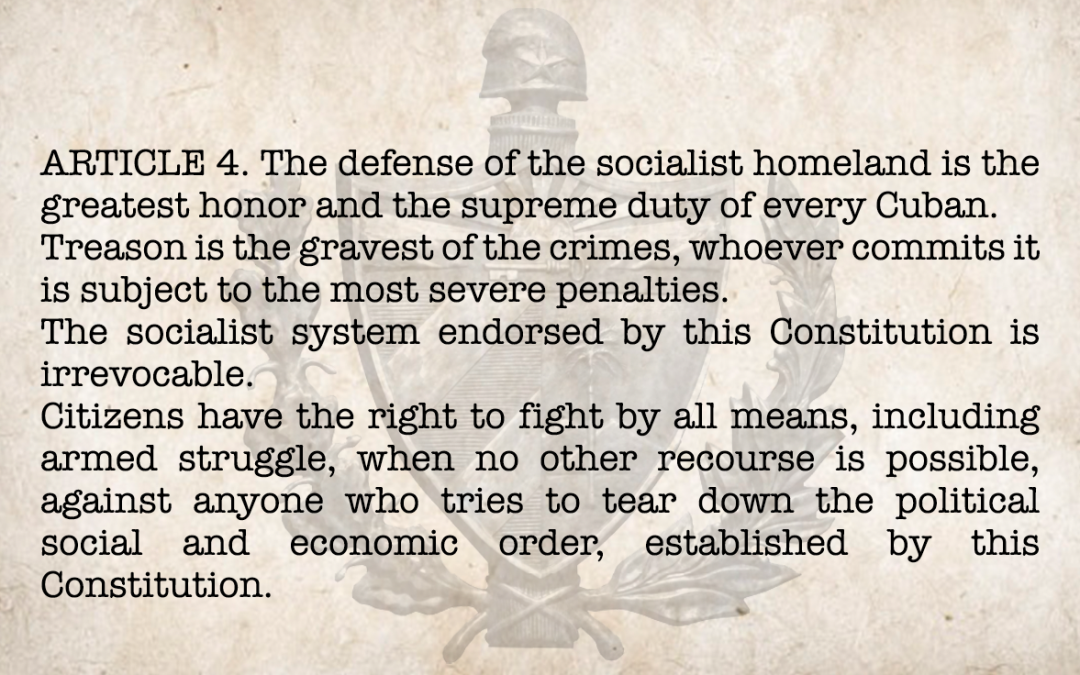 The Movement of Military Conscientious Objectors (MOC), headed by Brigadier General Rafael del Pino Díaz, rejected the threats against Cubans made by a high-ranking official of the People’s Supreme Court in a recent television program and reiterated the call to their military colleagues so that they do not shoot at the people.

Prosecutor José Luis Reyes Blanco, head of department in the Directorate of Criminal Proceedings of the Attorney General’s Office (FGR) threatened Cubans in an official television space, invoking article 4 of the Constitution, which establishes the use of weapons to combat opponents of socialism.

According to Article 4 of Cuba’s new Constitution, Cubans have the constitutional right to take up arms to fight opponents of socialism who seek to change the established order. Based on that article, prosecutors and spokesmen serving the dictatorship intend to threaten whoever expresses their rejection of repression and famine.

Yet nobody is going to change socialism anymore, because in fact they already brought it down to establish a Mafia State. Without announcing or acknowledging it, they overthrew the socialist order.

Old Cuban socialism was based on a totalitarian Stalinist, repressive and police State but, to sustain itself, it also used Soviet subsidies to fulfill ─albeit badly─ some basic social commitments (employment, subsidized food basket, education, health care). Such State was replaced with a new Mafia State, equally repressive, but where all wealth goes to those in the military who control the business holding GAESA. So the “order from above” to the population is “every man for himself!”, because this new Mafia State does not concede to the citizens any economic freedom to prosper on their own.

They breached their own Constitution and subversively changed the established order. Should we Cubans then take up arms and remove them from power? Isn’t that our constitutional right and duty? Indeed, what is not a constitutional duty of any Cuban is to bear arms to defend the existence of the new Mafia State.

We remind our brothers in arms that the Revolutionary Armed Forces (FAR) were not created to serve a Mafia State. They must not obey criminal and unconstitutional orders. Don’t let yourselves be smeared with the blood of the people!