COVID-19 in Cuba: falsehoods and propaganda 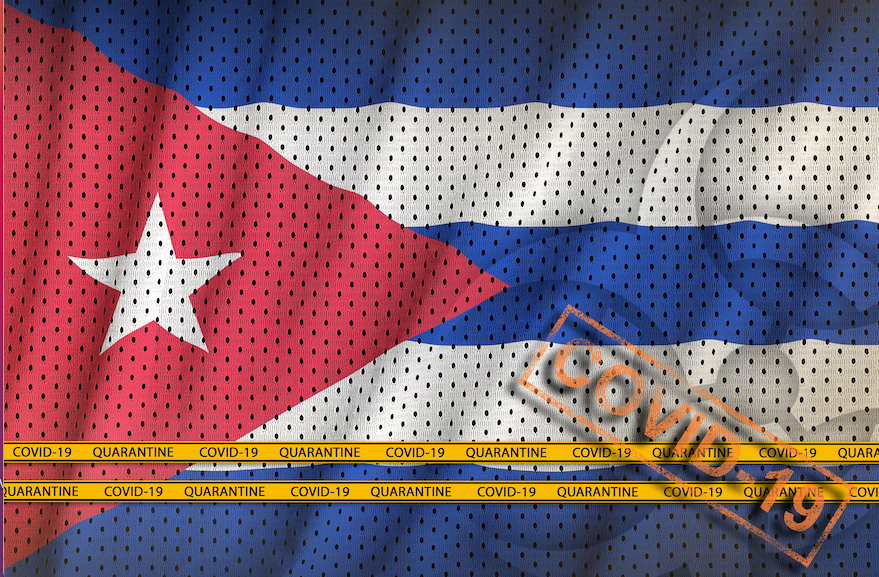 Once again the Cuban authorities resort to the old practice of falsifying statistics and/or hiding information about epidemic outbreaks: this time they’re doing it around the losses to Covid-19 on the island

The Cuban-news outlet Diario de Cuba reports that, throughout hospitals on the island, they are recording on the death certificates of patients who had tested positive for the coronavirus other conditions such as bronchopneumonia or influenza as the cause of death.

The report points out that the moderate numbers of deaths and infections offered by the government do not match the widespread collapse of intensive care rooms, morgues and funeral homes. To expedite the work of the morgues, autopsies were suspended in several hospitals, while funeral homes in Santiago de Cuba and Camagüey are implementing joint services with two coffins per chapel.

Members of the island nation’s health personnel assert that two lists of deaths from Covid-19 are kept: one is internal and the other one is public.

The so-called Cuban medical power has a long history of sneaking information and altering statistics on epidemic outbreaks, as well as of repressing daredevil whistleblowers. It happened with AIDS, the optic neuritis of the early 1990s, massive dengue epidemics in 1997 and 2012, as well as with swine fever and cholera outbreaks. Patients during this latest outbreak used to be  diagnosed with “acute diarrheal diseases.”

The forgery of statistics has even been exported to Cuban medical missions abroad. In interviews with the Foundation for Human Rights in Cuba, about 40 doctors said that they were forced to forge patients and then destroy the medicines sent from Cuba – where they are so scarce – so that the inventory would match the reported number of consultations.

The reason for the nationwide fraud now with the Covid-19 statistics slipped from the tongue of a high-ranking cadre at the Carlos Manuel de Céspedes Hospital, in Bayamo,: “The prestige of our health system is more important than any complaint” said the official ─quoted by Diario de Cuba─ while arguing with a mother shocked by the lie about her son’s cause of death.

That also seems to be the reasoning applied to the town of Torriente in the Matanzas province’s  municipality of Jagüey Grande. This community was confined and militarized after at least six people died last week, allegedly as victims of a mutant strain of Covid-19 or a new type of fulminant bronchopneumonia.

One opposition activist told Diario de Cuba “There are tents with policemen, doctors, nurses, and special troops in pairs, both black berets and red berets (special forces of the Ministry of the Interior and the Army). Two schools have been enabled to hold suspected cases. But others are taken to Jagüey Grande or Matanzas. Just yesterday they took away half a bus of people.” The source quoted a person who attended a meeting of the Communist Party and warned his family not to let the children leave the house, because “it is not Covid, it’s a strain “.

Health officials however, deny that there is any new serious health situation in Matanzas. They attributed the deaths in Torriente to previous immune conditions of the victims or to undiagnosed cases of coronavirus.

The pro-governmment website La Joven Cuba, based in the province of Matanzas, confirmed with relatives and friends who live in the affected area, as well as with relatives of the deceased, that in recent weeks people who had tested negative for the Covid-19 PCR died from a rapidly developing bout of pneumonia.

The digital publication made a public call to not politicizing the issue. But according to the logic of the regime, there are plenty of “reasons of State” to do so: they need to continue propping up their “victorious” campaign against the coronavirus with falsehoods and concealment because they want to get the Nobel Peace Prize for their Henry Reeve medical brigades, they want to ensure a steady flow of future foreign tourists and promote vaccine-oriented tourism, plus they want to sell abroad millions of doses of the vaccines they are developing, which will not be ready until at least this summer.

Meanwhile millions of people in the world will continue to be vaccinated every day with the Covid-19 shots already approved, but Cubans will still be defenseless and exposed for months, becoming infected and dying, as hostages of the government’s interests.

After all, doctors would pay a high price if they refused to justify deaths by taking out of the Vademecum some other possible causes of death such as influenza, asthma, bronchopneumonia or pulmonary edema and writing them down on the death certificates, even if, in so doing, they feel like dying of hypocratic embarrassment.