8th Congress of the Cuban Communist Party: A Circus without Bread 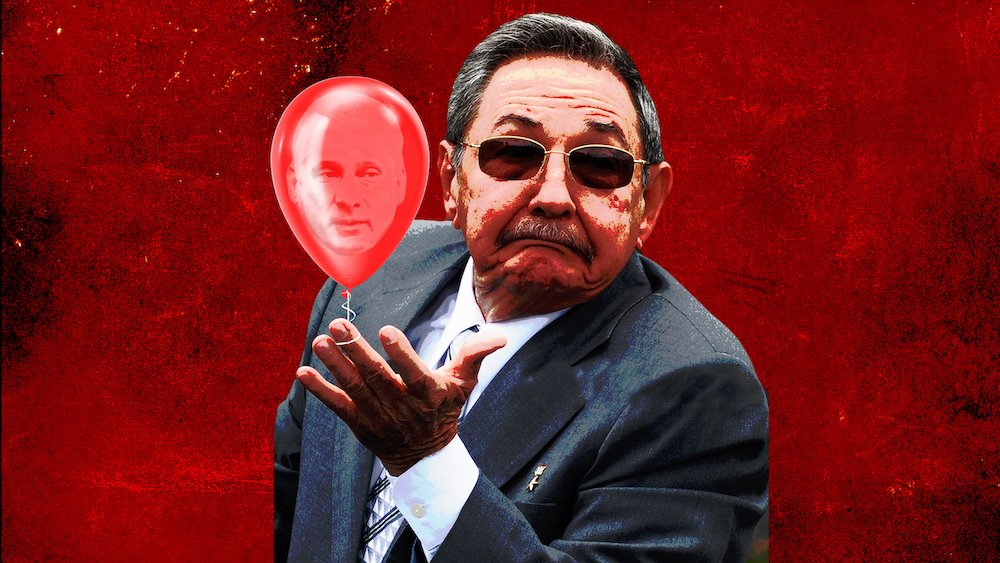 Cuba has been left poorer and more unequal and repressive in these 62 years than when it was first abducted by the conspiratorial clique around Fidel, Raúl and Che Guevara.

The previous dictatorships were political. This one covers all social fields. Before, we produced 72% of what we consumed; today we import 80%. The 2021 sugar harvest is equivalent to that of 1894. Only 13% of families have running water 24/7. There is a deficit of one million homes.

Socialism destroyed the existing economic machinery and replaced it with backwardness and destitution. According to official data, in 1954 Cuba had one cow per inhabitant, and it ranked third in Latin America (after Argentina and Uruguay) in per capita meat consumption. It was the second Latin American country with the lowest infant mortality and the second with the lowest illiteracy rate. In 1957 the UN also recognized Cuba as the first country in Ibero-America in number of doctors per capita; with the highest percentage of electrified homes and with indoor bathrooms; and the second country (after Uruguay) in daily per capita caloric consumption. Cuba was in 1958 the country with most electrical appliances. The country with the most kilometers of rail lines per square kilometer, and with the largest number of radio receivers. Despite its small size, with 6.5 million inhabitants, in 1958 Cuba ranked 29th among the largest economies in the world.

The Communist Party does not rule in Cuba

Cuba today is not ruled by the PCC, as established by the totalitarian article 5 of the current Constitution, but by a reduced mafia of families that may not reach 0.01% of the population. The PCC, the Council of State, the president, the prime minister and the National Assembly exist to obey and perform, not to decide. The appointment of Miguel Díaz Canel as head of the PCC – after he has already proven to be a useless wimp as president of the country – underscores that this institution, like the others already mentioned, is irrelevant. The 8th Congress is landscape. Three days of circus without bread, as entertainment for delusional nationals and foreigners.

Cuba is not a socialist or communist country because the caste that controls it has washed its hands of national welfare – full employment, wages capable of purchasing the basic family basket, medical care, food and medicine supplies, education, and sufficient social security to old age. Only totalitarian repression remains from communism.

The companies that yield profits have been hijacked by the mafia monopoly GAESA, which no one controls or audits. GAESA is not interested in investing in agriculture because it is easier –and more profitable- to import food and sell it at 400% its cost. Importing and selling at a premium in dollars is more profitable and less cumbersome than investing in that vital area of ​​national development. 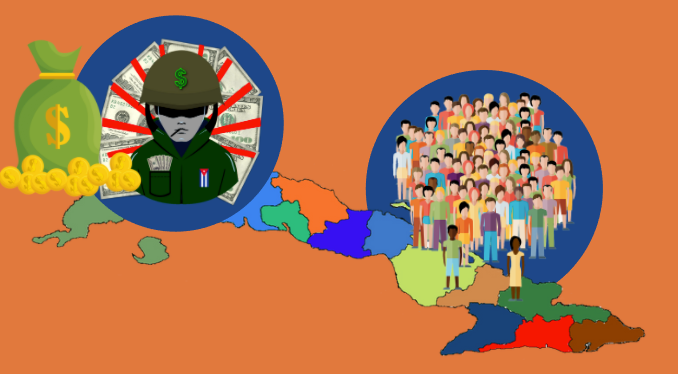 The current system in Cuba is that of a mafia state, not a communist regime. Cuba today is not ruled by the PCC, as established by the totalitarian article 5 of the current Constitution, but by a reduced mafia of families that may not reach 0.01% of the population

The current system in Cuba is that of a mafia state, not a communist regime. It is a concept of contemporary social sciences applicable to Cuba and Venezuela.

In these two countries, as in some post-communist societies, mafia groups have hijacked the main institutions – the armed forces and those in charge of international political, financial and commercial relations – for their own benefit. They have abolished the rule of law and free elections. They have created alliances with state and non-state actors such as Russia, North Korea, China, Iran, Hezbollah, FARC and the ELN to carry out criminal, terrorist and destabilizing activities in other countries.

Totalitarianism for these mafia groups is above all a tool of internal political control that they have sometimes inherited from the communist system. Likewise, the model of corrupt military state capitalism practiced by its companies should not be confused with respect for free market practices.

The mafia quietly overthrew, over the last decade, the socialist regime in Cuba. No one realized this reality in time or fought against this subversion “by all means” as established in article 4 of the constitution.

Raúl Castro, the gravedigger of reformism

Before this Congress, there was no shortage of analysts who clung to the idea that the national disaster was so evident that some reformist concessions would be “decided” at that conclave. But these congresses are empty scenery. What would be “announced” in Congress by Raúl Castro had already been decided long before by the mafia; i.e. “Continuity and unity.”

The population was anxiously waiting for at least one communist to raise their voice and demand clear and immediate solutions to reverse the famine, the lack of medicine, the water shortage or the collapsing buildings. But the mafia power elite discussed other priorities, theirs: how to stay in power with greater censorship and repression.

The general decided that before dying he was going to be the official undertaker of reformism. And to ensure that his will is to be carried out after his death, he put in charge of the Armed Forces his adopted son López Miera, ready to issue criminal orders.

They no longer watch the enemy by scanning the sea, but in queues and on the streets. This is a war against the people. The enemy now is not the Marines but mothers desperate to bring food to their children. The mafia grouplet is concerned that there will be a social explosion, when in fact a simultaneous chain of uncontrollable situations may occur.

To turn the tanks against the people and drown their just demands in blood would be schizophrenic. More than that: it would be suicidal. Remember Grenada.