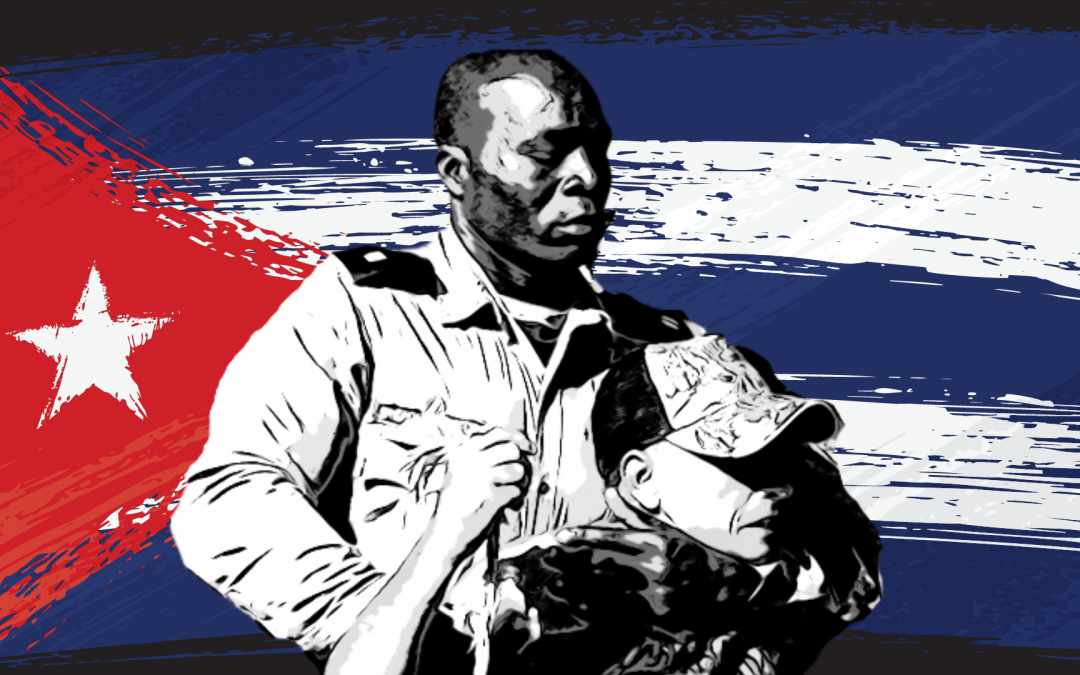 The Foundation for Human Rights in Cuba, alerts about the repressive tactics of the Cuban government in 2021 thus far have reached a scale that is directly proportional to the terror that seizes the regime in the face of the impactful actions of the emerging civil society.

Based on the urgency generated in the people by the implementation of the San Isidro 27 N and 27 E Movements, the dictatorship has reorganized and combined the tools of its repressive methodology as follows:

-REPUTATION SLANDER: Through its media, the government has reinforced its campaign on demoralization, specifically focused on activists, opponents and movements that demand concrete changes in the reality that torments Cuban society. The activists who are members of the San Isidro movement, independent journalists and opponents, have been publicly slandered as mercenaries and people of questionable reputations.The regime uses fake profiles on social media to attack them.

-ACTS OF REPUDIATION: Rapid response groups have been reactivated to carry out threatening and tumultuous acts of repudiation in the midst of a serious health crisis. Opponents, activists, independent journalists and members of civil society who demand respect for their rights are constantly repudiated by mobs at the service of the dictatorship’s secret police and its agents.

-DIRECT CONTROL AND PHYSICAL HARASSMENT: Agents at the service of the political police are stationed in front of the homes of activists or members of civil society who do not sympathize with the government 24/7. These repressors, in the vast majority of cases, prevent them from moving freely, even restricting them from leaving to acquire basic necessities. In many cases, they knock on their doors and break into their homes to give threatening speeches, even in the presence of their families.

-VIGILANT SURVEILLANCE CAMERAS: In the midst of an ocean of misery and dire need, the dictatorship has spent thousands of dollars and human resources to install powerful and expensive surveillance cameras in front of the homes of numerous activists and opponents.

-ARBITRARY FINES: Officials of the dictatorship summon members of the opposition, artists, activists and members of the general population, and impose costly fines for arbitrary sanctions with no legal basis. They are thereby abusing a society that is experiencing a critical economic situation, further accentuated by the effects of the pandemic.

-THREATENING PHONE CALLS: Opponents and members of civil society, such as farmers, independent journalists, opponents, intellectuals and religious individuals report telephone harassment and constant threats against them and their families, as well as direct threats to send them to prison.

-FACADE PAINTING: Cuban families who have joined the Patria y Vida campaign and painted its slogan on the walls of their homes in solidarity are being assaulted by agents at the service of the regimes. These agents have used cans of paint and offensive statements to cover the painted slogans.

-POLICE VIOLENCE: Political police officers have brutally attacked activists, artists, intellectuals, opponents and members of the general population who carry out peaceful public protests against the system and the prevailing crisis.

-USE OF SENIOR OFFICIALS IN VIOLENT ACTIONS: Cuban Minister of Culture, Alpidio Alonso, physically attacked several N 27 activists as well as Diario de Cuba journalist, Mauricio Mendoza, in front of the Ministry of Culture. Vice ministers Fernando León and Guillermo Solenzal supported the minister’s violent conduct. The government expects its officials to set the standard of obedience and violence that they expect their subordinates to follow.