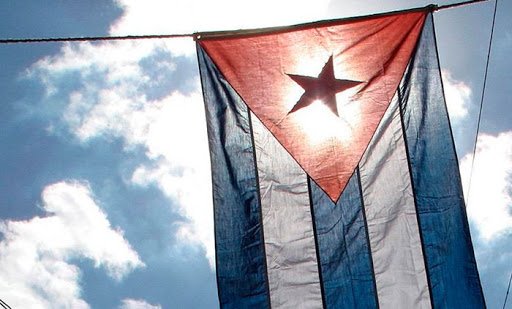 An essential pillar of the credibility and sustainability of the Cuban totalitarian regime has been to promote false narratives for national and international audiences. But there is growing evidence that they no longer attract gullible consumers within the country. This is important because the decreasing effectiveness of these narratives is related to the regime’s declining capacity to manage internal governance and to claim legitimacy abroad.

For six decades one of their most successful propaganda messages has been to blame the US embargo for Cuba’s economic failure and the vicissitudes of everyday life. The manipulation technique has consisted in placing the responsibility for the system’s inability to generate wealth, and the resulting hardships for the population, in an external factor supposedly beyond the control of the Cuban government: the US “blockade”.

However, an opinion probe conducted by the Cuban Observatory of Conflicts in the fourth quarter of 2020, with 1,043 responses from all the country’s provinces, shows that this argument has lost its effectiveness with the Cuban population. Of the respondents, 46% were women and their ages ranged from 15 to 70 years.

Faced with the fictitious case of a Cuban-Canadian willing to return to Cuba and invest his savings in agricultural production, 92% of the participants responded that the internal blockade would prevent such venture and lead the would-be investor to ruin. 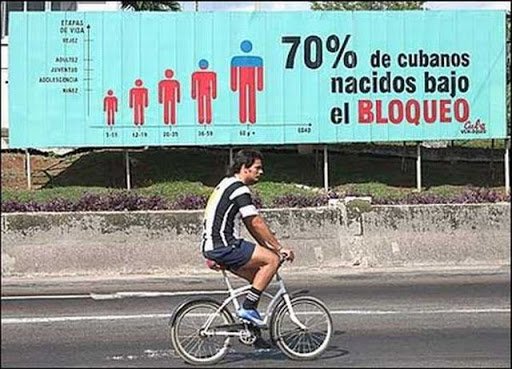 Only 31 participants (3%) thought that the external blockade (the US embargo) would prevent such the investment. Another 52 participants (5%) felt that the fictitious Cuban-Canadian would find obstacles in regulations from both “blockades”. But 960 responses pointed exclusively to the internal blockade – the network of regulations, legal uncertainties and abusive taxes – as the only culprit of the obstacles to be faced by the investor. Even 89% strongly recommended that he should not invest in Cuba in the current circumstances.

Other myths related to the “American blockade” have also been debunked in the recent past.

More and more Cubans know that US sanctions are only directed against the state-owned companies –especially those controlled by the military through their holding, GAESA– but do not prevent financial transactions, investments or trade in both directions with private companies and farmers in the USA.

What blocks the national private entrepreneurs from accessing foreign technologies, markets and investments – either in the United States or any other country – is the internal blockade imposed by the Cuban system. First, because it prevents them from becoming a genuine private sector; and secondly, because it legally excludes them from free access to the US market or any other.

That conviction has begun to spread. Among the five farmers’ demands of the Without Farming There is No Country proclamation, it is clearly stated: “Freedom to import and export directly, even from the US, where it is proven that its laws do not prevent it, due to our status as independent farmers.”

When Nestle Company was authorized to buy coffee from independent farmers under presidentObama – because trading with and investing in Cuba’s private sector does not violate the Helms Burton Law – the Cuban state prohibited it outright. First, they used as cover the state controlled National Association of Small Farmers (ANAP) which, in a statement on May 5, 2016, put as a condition that exports and imports resulting from any agreement should be dealt through and by the Ministry of Foreign Trade (MINCEX). The investment door opened for Nestle by the Cuban military was to invest together in a food factory in the special economic free zone of Mariel.

It became clear since then that it is the military linked to the power elite in Cuba who in fact extend the sanctions of the US embargo to the national private sector. But the law, as such, does not prevent interacting with  private entrepreneurs and farmers who can demonstrate that they are such indeed.

The posture of the Cuban totalitarian government has been until now to demand from all US administrations to “lift the embargo against my state.” However, they have never taken any step to lift their internal blockade against private entrepreneurs and farmers by legalizing their businesses and recognizing their independent legal identity to negotiate investment and commercial agreements with national or foreign companies. 92% of those who participated in the aforementioned popular opinion probe are aware of this fact.

Abroad, the Cuban power elite sells the narrative that the United States “blockade” impoverishes Cubans. But they only want unilateral concessions in this area. Inside Cuba, they insist on sustaining their internal blockade and criminalizing any creation of wealth and prosperity beyond their control.

Giving in to the calls for the lifting of the US embargo, without demanding the prior lifting of the internal blockade, only serves to reinforce the power of the regime, not to combat poverty on the island. Hopefully, that lesson shall be learned by now.