‘Decrepit’ chicken: the food for “those below” is not the same as for “the ones above” 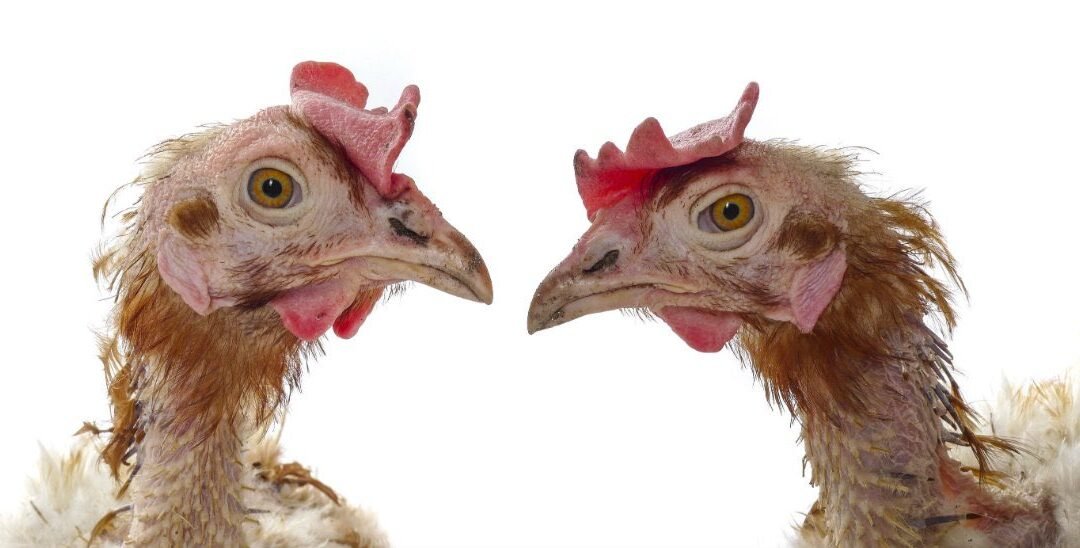 Cuba today is not capable of producing either poultry meat or any other key protein food in sufficient quantities.

“The bowels, the ‘decrepit’ chickens and the remains should be for you to eat. In the end we are too good because we endure like beasts.”

This is how Yunior Morales, a Cuban radio and TV announcer, reacted on his Facebook wall to an insolence by the Minister of the Food Industry, Manuel Sobrino, who reprimanded Cubans for complaining so much about food shortages when his ministry is producing more croquettes from the bowels of “decrepit chickens” (this is how old laying hens about to die are called in poultry terms).

His ministry is also responsible for the death of nearly 30,000 cows in the first six months of this year, more than half from malnutrition. They are confiscated from farmers who care for them and produce milk, cheese and other products and then are left to die at the hands of a failed state agricultural system.

They should ask Raúl and Mariela Castro, Díaz-Canel, Machado Ventura, Ramiro Valdés, the corp of generals and the members of the Politbureau and their families if they eat old chicken bowels instead of oven-roasted chicken, beef fillet, roast pork, lobsters and shrimps, among other delicacies prepared by their private chefs.

Cuba imports 97.4% of the chicken meat it consumes

It is shameful but Cuba today is not capable of producing either poultry meat or any other key protein food in sufficient quantities. Of the 317,000 tons of chicken consumed in 2018 (there are no figures for 2019), the country only produced 8,200 tons of meat basically obtained from the slaughter of “decrepit chickens”. The other 308,800 tons of chicken were imported at a cost of about $290 million, based on prices that year.

Since the 1980s, Cuba has not produced broiler meat: It has no foreign currency to import the feed. And even the old chickens to be slaughtered are declining. Norberto Espinosa, a MINAGRI bureaucrat, reported that until May 19, 2020, “1,098 tons had been produced nationally, a very small figure compared to the 300,000 tons of this product that Cuba imports …”

At that rate more than 300,000 tons would have to be imported, but there is no money for that. That brings closer the specter of a famine.

Before 1959 Cuba was self-sufficient in chicken meat

What a striking contrast! Before Castroism, Cuba exported food and was totally self-sufficient with chicken meat, and beef, pork, fish and shellfish, milk, fruits, roots and vegetables, eggs, coffee and tobacco. It ranked first in Latin America in fish consumption and third in calorie consumption, with 2,682 per day.

Since 2000, when Congress authorized the sale of food and medicine to Cuba, the “Empire” is the largest supplier of frozen chicken to the country (86%), well above Brazil, in a proportion of eight tons from the US per one from the South American country.

Between 2000 and 2019, the United States exported 2.3 million tons of chicken meat to Cuba worth almost 2 billion dollars ($1,944 million), according to Washington statistics.

And a final “detail”. Cuba bought it from the United States at 82 cents a kilogram during  June and July, but the regime sells a kilo of chicken breast for $ 7.40 in stores that sell only in convertible currency. A price 9 times higher, that price most Cubans pay with the money sent by their relatives, “Worms” who went into exile.

What “blockade” are the military power elite talking about then?