The government takes another foolish step toward a national famine 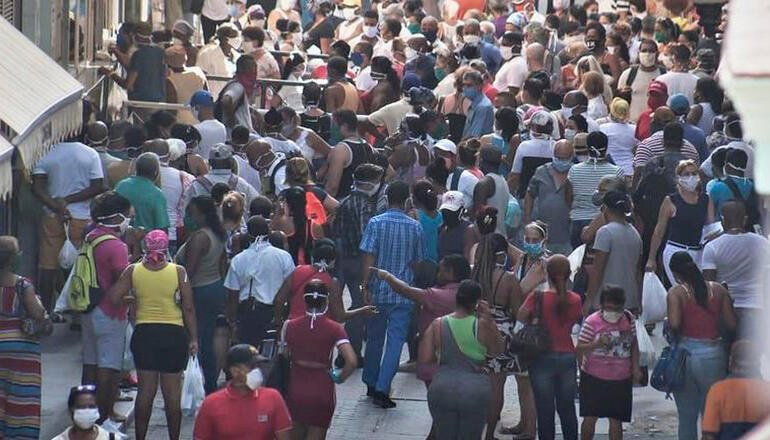 Peasants approach problems with clarity and call a spade a spade. The recent new announcements on the economy by the Cuban Government do not represent new measures, a new vision much less a new route to overcome the crisis. Guajiros don’t buy that. They have just warned once again the government of playing with fire.

Open letter from the Cuban farmers to the government, populace and émigrés

We responded to the starvation that has been closing in on us with a serene and constructive five-point proposal: “Without Farming There is No Country”. Until today the government has pretended to ignore it and ignore us as farmers. They have chosen to recycle the old slogans as someone who prays for dangers to be removed without taking any action. They are doubling down on the ideas that brought us to this disaster. Like an ostrich sticks its head into the sand hoping that when they take it out the danger will have gone. Yet the danger will not go away but will only increase when you insist on doing the same as always while purporting that something new is going to be done.

The measures just announced with a great fanfare are more of the same. Maintaining the large state-run farms, the prices capped on our crops and the policy of forced sale to the state-run gathering entity (Acopio) by 80% is not the solution. Far from listening to us, flamboyant military operations against our farmers to confiscate strings of garlic have been increased as if they were about cocaine. But you still do not produce anything and the lands of your large estates remain idle. Tons of mangoes and other produce that are taken from us rot on the fields without reaching the consumers. You insist on high taxation that suffocates us and on standing astride on our right to import and export directly in order to still make a profit after having produced nothing. You have turned the State into an octopus, a parasite that bleeds the producer, without solving the consumer’s problem.

You are not so ignorant and clumsy. You are against the free farmers’ market because it suits your dollar-only store monopolies. The needs of the people are not of your concern.

You do not allow us to produce chicken and pork to sell in free markets and directly to the people. And what do you do instead? You import chicken and sell it dearly in dollars to those who receive remittances from their relatives. And those with no family abroad, how are they going to eat?

The ten percent arbitrary tax on remittances -sent with great effort by our families abroad- will be recovered later in your stores, where prices are imposed at more than 200% over costs of import. Who are you going to fool?

You exploit the farmer, the consumer and the families abroad, but you also leave those who do not receive dollars or earn a pittance like our retirees to go hungry. Until when is this abuse?

Gentlemen of the government, the deliberate starvation that your decisions are bringing about amounts to genocide. But the people are not going to resign to cannibalism or starve to death over your blindness or the selfishness of a few. Do not forget.

Put aside your arrogance and constructively negotiate the solutions that exist and that you choose not to see. Do not claim later you were not warned in advance, respectfully but with dignity. We speak clearly and without fear. This is how we guajiros* are.