THE PERFECT STORM HAS ARRIVED 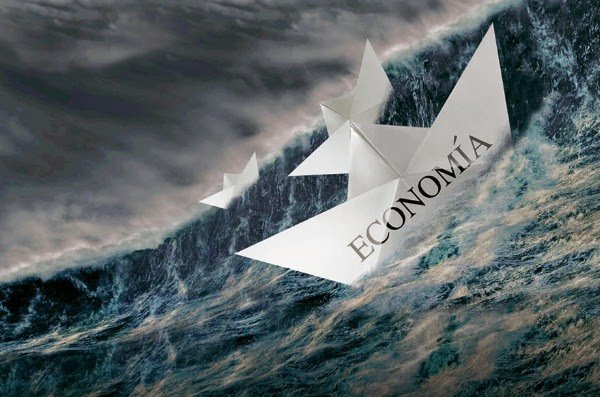 Some months ago, the deputy director of the newspaper Granma, the official journal of the Communist Party of Cuba, expressed her concerns about the signs that a “perfect storm” was brewing which was not being neutralized by effective government policies.

Well, the perfect storm has arrived.

The aftermath of Hurricane Irma in Cuba, combined with the social insensitivity of the Cuban government to provide a clear and precise perspective of how it intends to address this catastrophe, when it will do so and with which resources, has provoked popular protests in neighborhoods of the Cuban capital and in the province of Matanzas, as well as from abroad.

Assuming an unusual degree of flexibility, the Cuban government made concessions within hours these protests. They immediately restored electricity and water to those neighborhoods, distributed food, and tried to provide an explanation to the reasons why they sell donations that were given for free for the victims. One thing that has angered the people is that the government has clearly announced that it has decided to prioritize the repair of damages to the tourist infrastructure, above its obligation of repairing the energy infrastructure, the road, and assisting the thousands of families who partially or completely lost their homes, as well as their other personal property. Many citizens are openly commenting that this priority is due to the fact that tourism is one of the main sources of enrichment to the dictator and his military.

The recent announcement that Havana will donate aid in food, medicine, and medical personnel to Dominica, and Antigua and Barbuda, also affected by hurricanes, will not be well received this time by the Cuban population nor by the donors that have sent aid to Cuba. This decision by Raúl Castro is likely to inhibit new donations to Cuba, a country which, in the midst of the worst recorded national catastrophe, is allowed to give away what already was or is now received from other countries. The power elite it’s exposed to the lethal danger of not realizing that a governance crisis has opened in the country. The material and emotional circumstances of the population do not allow traditional calls to have patience and tighten the belts once again.

In the international arena things are not good at all for Castro II.

On the one hand, its main ally, the Venezuelan ruling mafia, has also failed to overcome its own crisis. Maduro’s criminal regime is more isolated today than it was three months ago and the calm that reigns in the streets will not last beyond the upcoming electoral fraud that looms in October. On the other hand, the White House has now included Cuba – which was not the case four months ago – among its foreign policy priorities. Cuba is not anymore just a “regrettable” issue of human rights violations, but it is part of the list of immediate threats to regional stability and to the security of US interests. In case there is doubt of where Castro’s loyalties fall, North Korea’s foreign minister stressed Cuba, Venezuela and Iran among his supportive brothers, although he forgot to mention China and Russia among them after they took distance from North Korea’s nuclear tests.

As for the bilateral relations between Cuba and the United States, President Trump and Vicepresident  Pence made clear at the United Nations General Assembly that there will be no lifting of the embargo without substantive reforms on the part of Havana. The nearly 50 “acoustic attacks” against US diplomats in Havana that occurred between November 2016 and last August, may precipitate even an even more substantive breakdown in bilateral relations as previously declared by Secretary of State Rex Tillerson.

These events mark the end of the so-called “normalization” process of US-Cuba relations, something that the regime always conceived as a way to obtain concessions, but nothing else.Without structural changes there will be famine sooner rather than later. We are on the threshold of a perfect storm for a regime incapable of providing the national recovery for which donations from the international community will proof to be insufficient. If the Cuban government believes that its repression can contain any social explosions it could well be their last mistake.

All of the above are the reasons that compel institutions such as the Foundation for Human Rights in Cuba (FHRC) to demand the unavoidable minimum conditions necessary for the external assistance to fulfill its purpose. They are included in the video: Recover Cuba https://www.youtube.com/watch?v=-mOUjjMFwSs