The Foundation for Human Rights in Cuba began in 1992 and is a nonprofit organization working to assist the Cuban people in developing a peaceful, democratic society that does not stand for the violation of Cuban citizens rights. Since it began, the Foundation has been working tirelessly to spread awareness of issues facing the Cuban people all around the world. This raising of awareness is in efforts to raise support to fight against injustices, partner with human rights groups in Cuba and create effective initiatives in a wide range of areas. 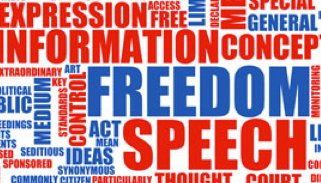 In recent years, The Foundation for Human Rights in Cuba has hosted countless events and sponsored several campaigns. Currently, the Foundation is working to promote awareness of the lack of freedom the Cubans experience in regards to access to the Internet. This campaign, known as “Connect Cuba”. The mission of the campaign is connecting financial support, awareness and a persuasive petition in hopes of changing the Cuban citizens rights for good. Sadly, the current situation in Cuba is that Cuban people are unable to access the Internet due to high prices placed on this access by the government. Those who are able to afford the service have no freedom in its use because every piece of information shared across the Internet is heavily censored by the government.

There are several things You can do to help make a change for the rights of Cuban citizens by signing the Connect Cuba petition, sharing the campaign with your friends and family, shopping for the cause or simply donating. For many people it is difficult to imagine the situation facing the Cuban people. This one issue is just an example of how the people of the island are mistreated. There is so much more work to be done for and in Cuba. The Foundation for Human Rights in Cuba is proud to be able to continue this work and invites you to join us! For more information about the Connect Cuba campaign or any other current initiatives, contact us.