Unfortunately, Cuban citizens are experiencing severe restrictions on their freedom of speech and expression and that extends also to the issue of free press. In this island nation, the freedom to do investigatory journalism and publish information is contingent on whether or not that information conforms to certain standards and ideologies. The government will simply not allow the kind of true freedom of press Cuba journalists want.  Anyone who speaks out against the government faces severe consequences, including prison and death. Foreign journalists working within Cuba are also subject to these restrictions, if they are even allowed in. Foreign media is controlled by the Cuban government through their selective granting of visas. Journalists who might represent Cuba negatively are denied access to the country. 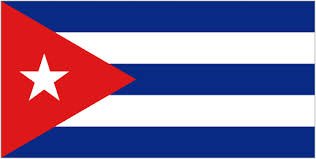 The Foundation for Human Rights in Cuba is dedicated to help bring out the true freedom of press Cuba residents deserve. With tight restrictions on free speech, journalism, the Internet, and television, the Cuban people need our help. We need to help Connect Cuba to the rest of the world through all methods of communication. We are actively pursuing this goal in a variety of ways, including:

Freedom of press in Cuba is an important human rights issue that we are working to address. Unfortunately, the Cuban government owns all the traditional media outlets and because of this, there is no room for independence in these outlets. All content is determined and approved by the government. However, there are many underground operations going on that are promoting the freedom of press Cuba locals want. Progress is being made and we are excited to be a small part of it. If you’re interested in finding out more about the oppression the Cuban people are facing, or if you want to get involved, check out the Connect Cuba campaign to find out how you can support activists who are managing to create “internet without internet!”