Freedom of the Internet Cuba

Understanding the extent of the lack of freedom of the internet Cuba is experiencing can be difficult for those of us living in a world where freedom of expression is protected and even encouraged. The Foundation for Human Rights in Cuba (FHRC) is currently running a campaign called Connect Cuba. The mission of this campaign is to see that Cuban civilians be allowed to access and share information as well as communicate on the Internet in a free and uncensored way. 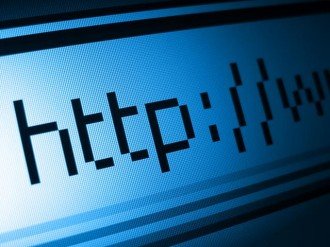 The campaign consists of several facets, the main one being an online petition to the Cuban government to provide the freedom of the Internet Cuba deserves. The situation is as follows: Cuba is fully wired with functional fiber-optic cable, but Cuban citizens are extremely limited in what they are allowed to access via the internet. Government officials are the ones with the most access and the political and military officials have monopolized the flow of any information. Cuba is on the top ten list of most censored countries in the world.

Cuba has the worst ratio of Internet access to number of citizens among all of the countries in the Western Hemisphere. One reason for this is the high cost that the government places on that access. Many Cubans simply do not have the means to pay for this luxury. The government continues to blame this high cost on the U.S. embargo when in fact it is a tool their own government is using to perpetuate restriction.

Many people are intimidated by the continual and rising number of arbitrary detentions of bloggers and other human rights activists attempting to be heard online. Still, there is a network of “sneakernets,” people who use flash drives and other types of data transfer materials to distribute articles, video clips, cartoons, and pictures. These individuals are constantly working to spread awareness throughout the country.

FHRC is working to support this thriving network of people providing “internet without internet.” Your contribution will support these brave men and women. You can also help by signing the petition, which will be presented to major international bodies in hopes of pressuring the Cuban government to provide the freedom of the internet Cuba deserves. Also check us out on Twitter @ConnectCuba/ #ConnectCuba and on Facebook at https://www.facebook.com/ConnectCuba.