The Foundation for Human Rights in Cuba (FHRC) is a non profit organization that works in and outside of Cuba to promote the freedom of Cubans in their own country. The organization does this by consistently producing educational resources to help inform the public of the severity of humans rights issues in Cuba and by raising funds to support the human rights organizations working in Cuba that the foundation has partnered with. Read more about these organizations and what they are doing to help promote change. 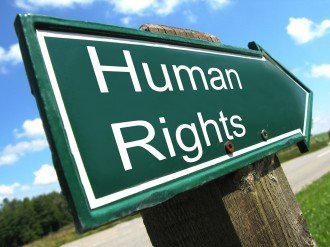 Here are FHRC, our mission is to address the major issues of:

Because Cubans are currently experiencing a major lack of freedom in their own country to speak against their government, FHRC is working to raise awareness of this issue and aid Cubans in their quest to have their voices heard.

The Cuban government currently restricts all forms of political dissent, despite international human rights agreements. In fact, Cuba is the only country in the Western Hemisphere to continually oppresses its people in this way. The government ensures that humans rights issues in Cuba are not allowed to be discussed by continually restricting travel, separating families, forcing exile, beating and carrying out arbitrary imprisonment of demonstrators. The government also utilized the help of its Rapid Response Brigade (civilian mobs) to threaten, insult and inflict physical violence on those daring to speak against it. There is no legal protection for Cuban groups or organizations. Many brave demonstrators have been placed in Cuban jails, which are overcrowded, rampant with disease and generally in poor condition. Prisoners experience malnutrition and harassment. In fact, in 2011 the government arbitrarily imprisoned 4,123 people and in 2012 over 5,000.

Any person that dares to speak against or display any type of criticism of the government, which includes participating in peaceful marches and attending human rights workshops, faces the risk of criminal charges. In addition, the government control of the Internet limits Cubans’ ability to raise awareness of human rights violations, communicate within one another, have access to the world outside or even simply have a voice. Here at FHRC, we are working to remedy this situation through our Connect Cuba campaign, which aims to raise funds and awareness concerning the restriction of speech and expression in Cuba.

Help us put an end to this injustice and achieve the freedom for Cuban citizens that they so deserve. Join the efforts of our campaign to connect Cuba by watching our video, signing the petition and telling your friends and family all about the plight of the Cuban people.