Over the years, Cuba has been a nation facing several hardships. One of the most impacted areas has been the shortage of food supply. As a result of the embargo, Cuban exports and imports fell 80%. That means that only 20% of the food is being distributed to a growing population. Because of the lack of trade and especially exporting, unemployment rates skyrocketed and the standard of living dropped.There needs to be much progression in Cuba and human rights should be the first issue for advocation. 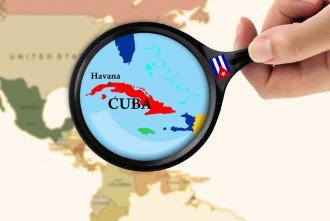 The embargo does not only impact food production but technology advancements have also been severely delayed. The internet is highly monitored and accessed is extremely limited. This applies also to biotechnology, including vaccinations and public medical education. With the highest mortality rate in Latin America, Cubans have been isolated for the last several decades.  Our website will educate you on the latest in progression while showing you all the different ways you can help in the fight for human rights.

There is also the issue of illegal migration. Entering the US via southern Florida on homemade rafts, fake passports and smugglers has cause many injuries and several casualties in addition to all the emotional trauma of all those involved. If so many people are trying to flee, there is obviously a need for change in the infrastructure of human rights for Cuba are the first priority.

There is much oppression and censorship in Cuba and human rights, because of this activists along with supporters are being imprisoned and detained from making significant change. Find out how you can help now.  Cubans should be given their freedom of speech which has been denied for decades. Organizations dedicated to Cuba and human rights like FHRC a passionate about seeing the current Cuban state change for the better.