Cuba in the face of Terror 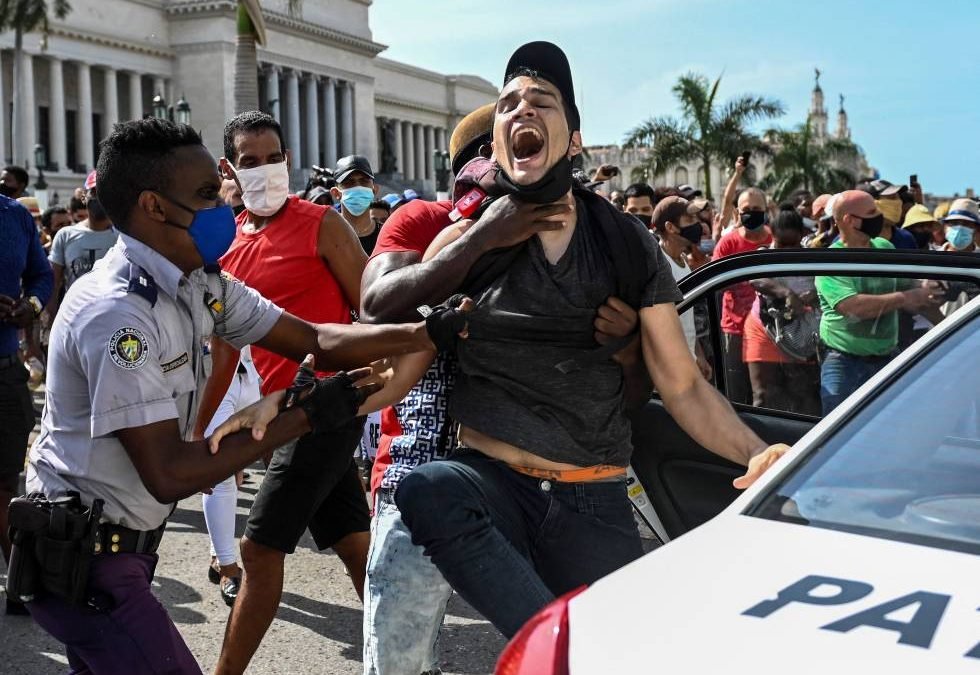 Until they took to the streets to protest against the abusive regimes of Nicolás Maduro and Daniel Ortega, the peoples of Venezuela and Nicaragua had not ever experienced such brutal repression.

In 2014 and 2017 protests in Venezuela were quelled through an open display of terror led by Cuban military advisers. We still remember the young woman who died as a result of the pellets that were shot in her face; the Carabobo beauty queen being transported by motorcycle with a sniper’s bullet in her head; and the young leader of the barricades in San Cristóbal, hunted and murdered point-blank by pro-Chavista gangsters.

Something similar happened in 2018 in Nicaragua: young people hunted like deer by snipers, homes and businesses of opponents burned, heads smashed with rifle butts, selective assassinations of leaders. In addition, thousands of citizens were imprisoned in both countries on spurious charges.

The repressive machinery of Cuba went to extremes in Venezuela and Nicaragua to protect their geopolitical and economic interests. On the other hand, it was a laboratory. The experience would serve them to apply it in Cuba if something similar were to happen, which, after 60 years of indoctrination and self-censorship, they considered as a very remote possibility.

However, that remote possibility became a reality: as the Cuban Conflict Observatory recently pointed out, the regime had been losing one by one the pillars of its power: the ideology, which was sustained by the monopoly of information, collapsed with the advent of the Internet. They also lost the economic dependence of the citizen on the State when the mafia group in power stopped meeting their essential needs. Only the fear of repression remained, but the social outbreak in 60 towns on the island as of July 11 showed that the citizen’s fear was overrated.

So they resorted to terror: smashing gang-style the heads of the protesters; breaking their ribs by kicking them on the ground; hunting them at gunpoint in their homes; taking them away from the company their anguished relatives to unknown whereabouts; and arresting them by the hundreds to subject them to a judicial monstrosity called “direct attestation”, an expedited version of the summary trial which would allow them to imprison the disgruntled for many years.

At the same time, they make desperate efforts to persuade the world that the Cuban people continue to support them. But if they had any support left, they trampled on it by unleashing violence against peaceful and unarmed protesters, thus turning to waste their own Constitution The images of the repression that have gone around the world and are passed on within the island have a revulsive effect. Now no propaganda will be able to hide, neither from outsiders nor from insiders, that Cuba is governed by a brutal dictatorship, one of the longest in the world, which better ends sooner than later.

The terror they are deploying might even reach the levels of cruelty seen in Venezuela and Nicaragua. But as the increasing number of protests proved in recent months, escalating repression only generates more disagreement and rebellion in Cuba. If this trend continues, no one should be surprised that the cries of “Freedom” end up rending Terror null and void.