IT IS TIME TO FREE THE CUBAN DOCTORS FROM THEIR SLAVERY! 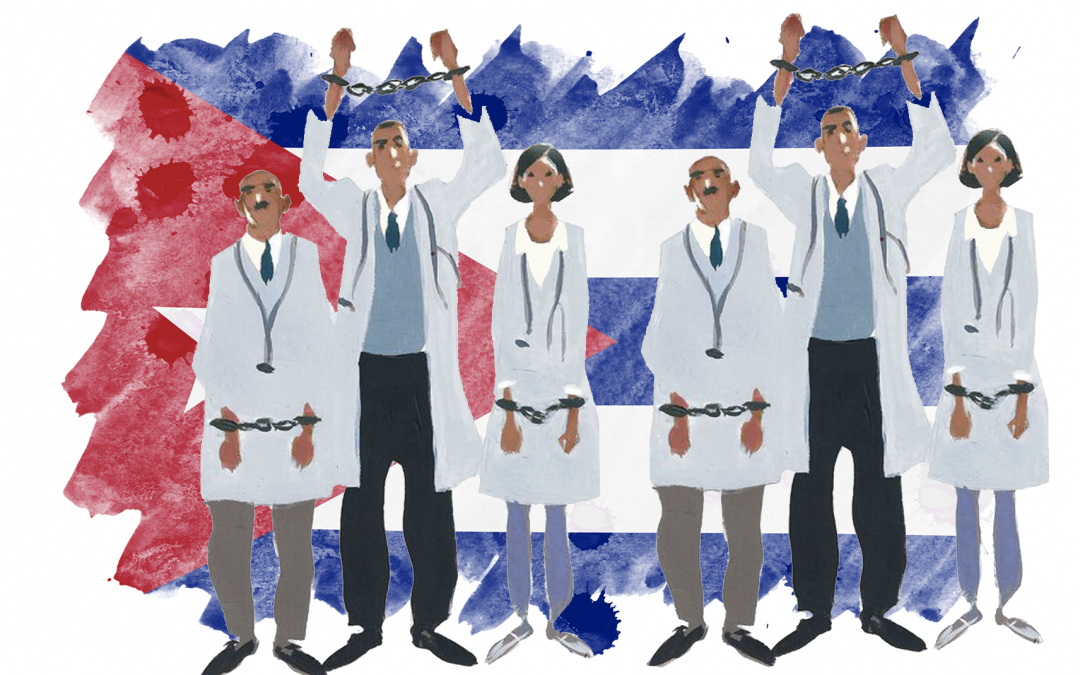 Last week US senators Bob Menéndez, a Democrat, and Marco Rubio, a Republican, submitted at the US Senate a bill to fight the trafficking of Cuban doctors by the government of the Island, as well  as to counter the repressive scheme equivalent to forced labor that regulates their working, remuneration and life conditions during their missions abroad.

A draft similar to this one had been introduced by both Cuban-American legislators to the upper house in September 2020. It included, just like this one, a proposal to reestablish the Cuban Medical Professional Parole Program that granted under George W. Bush’s Administration passage to freedom to more than 6,000 Cuban health workers. The program was closed with a stroke of the pen by former president Barack Obama during his last days in office, shortly before the inauguration of the 45th president, Donald Trump.

However, since Rubio and Menéndez’s original bill was introduced, the arguments about the modern slavery of Cuba’s medical collaborators have been substantially strengthened.

Likewise, despite statements by Cuban officials about the money seized from the doctors ($ 6.8 billion in 2018) being invested on the island’s health care system, internal sources and surveys carried out within Cuba confirmed its progressive deterioration, including some serious damage to primary and specialized care caused by the indiscriminate export of professionals.

Havana continued trying to shore up its humanitarian argument by sending thousands more doctors abroad to cooperate against COVID-19, just as the pandemic went from bad to worse in Cuba.

On June 10th, a resolution approved by a large majority in the European Parliament, which describes in detail the gloomy situation of Human Rights on the island, condemned “the systemic violations of human and labor rights committed by the Cuban State against its health personnel sent on medical missions to provide services abroad, thus violating fundamental ILO conventions ratified by Cuba ”.

The MEPs cited Resolution No. 168 of 2010 of Cuba’s Ministry of Foreign Trade, which, they noted, “imposes on all civilian employees abroad unjustified duties and obligations that violate human dignity and the most basic and fundamental human rights.”

Then, on June 15, the chairman of the influential Foreign Relations Committee, Bob Menéndez, demanded on the floor of the US Senate an investigation on the role the Pan American Health Organization played in trafficking Cuban doctors for the Mais Médicos program in Brazil. Menéndez recalled on the occasion a communication issued in September 2019 by the UN Rapporteur on Contemporary Forms of Slavery and the Rapporteur on Human Trafficking concluding that the trafficking of Cuban medical professionals could be elevated to forced labor and modern slavery.

It’s about time for a wider awareness on this harsh reality to gather the necessary votes in the United States Congress so that, as proposed in the Menéndez-Rubio draft, the situation of these Cuban slave workers in their countries of destination is investigated every year,  and the Cuban Medical Professional Parole program is restored, in order to offer them, as in the times of slavery in the American South, an “Underground Railroad” to freedom.