EUROPEAN PARLIAMENT: VICTORY FOR THE CUBAN PEOPLE IN THEIR FIGHT FOR HUMAN RIGHTS 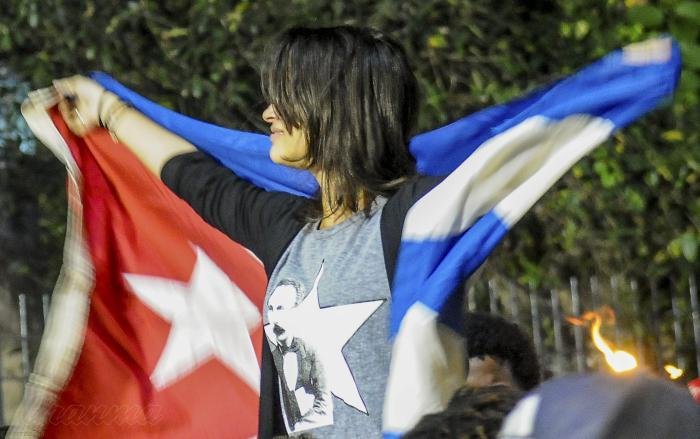 The text highlights how the Political Dialogue and Cooperation Agreement (PDCA) between Cuba and the European Union began to be provisionally applied in November 2017. This “provisionality” was an invention to start sending euros to the dictatorship because, to make it official, they needed the ratification vote of Lithuania, a country that saved Europe’s dignity with its firm rejection of the pressure and blackmail of the EU High Representative for Foreign Relations, Joseph Borrell.

Four years after the EU began funding the Cuban military junta, this resolution declares that “no concrete progress has been made in Cuba in relation to the general principles and objectives pursued by the Agreement.”

Instead ─ regrets resolution RC9-0341 of 2021─ the Cuban regime has “intensified its repression and human rights violations”, while the situation “has continued to deteriorate for the entire Cuban society”, denoting a “lack of commitment and will” by the government of the island to make any progress, at least “a minimal one”, towards a change that would allow reforming Cuba’s political system to improve “social and political participation, as well as the living conditions of Cuban citizens. ”

Quoting article 36 of the PDCA the text recalls that the agreed dialogue is supposed to produce tangible results; that every political dialogue must include intensive, direct participation by the independent civil society and all opposition political actors without restrictions, which has not happened so far.

The document details recent and systematic abuses by the regime not only against the island’s population in general, but also against specifically harassed sectors. It criticizes the progressive growth in the number of political prisoners, the “persistent and permanent persecution, acts of harassment and arbitrary arrests of dissidents”, and especially condemns attacks perpetrated in recent months against artists of the San Isidro Movement, peaceful opponents, independent journalists and human rights defenders, even mentioning a few of them by name.

Regarding the members of the Cuban international medical missions and brigades, the MEPs condemned the systematic violations of their human and labor rights implicit in their contracts and the exploitative practices to which they are subjected, thus violating fundamental conventions of the International Labor Organization (ILO) that have been ratified by Cuba.

The document also advocates “free, fair and democratic elections that take into account the sovereign and freely expressed will of the Cuban people.” A refutation to the cynical fable invented by the former EU  High Representative, Ms. Federica Mogherini, and continued by her successor Josep Borrell about Cuba being a “one-party democracy. ”

Although Havana reacted quickly, describing the EP resolution as spurious, a document that had the support of 386 deputies, many more than the absolute majority (half plus one) in that 705-member forum cannot be spurious. The favorable vote also had broad political representation by including not only parties of the right and center, but also of the left, green and socialists.

The declaration of rejection of the one-party Assembly of Cuba also affirmed that the resolution of the Eurochamber “reduces the credibility of that institution. ”

On the contrary, not even in the days when the UN  Human Rights Commission maintained a Special Rapporteur for the Cuban case was such an exhaustive and forceful critical document produced, the credibility of which is supported by reports from private organizations with Human Rights expertise such as Human Rights Watch, the Cuban Observatory for Human Rights and Prisoners Defenders, as well as by United Nations mechanisms such as the Special Rapporteurs on contemporary forms of slavery and human trafficking, the ILO and the Working Group on Arbitrary Detention.

The devastating list of abuses exposed by the MEPs highlights the fraud committed by the island’s government seeking to have access to millionaire cooperation funds from the European Union.

The seriousness and massiveness of many of these abuses will now dawn on those governments and parliaments of the EU Member States that rushed to ratify the PDCA. The resolution offers them a second chance to review their adherence to it and amend their mistake.

The extensive inventory of violations of international standards contained in the EP resolution lays bare Havana’s lack of good faith, and definitively questions the capacity of the Political Dialogue and Cooperation Agreement to facilitate any change towards the prosperity of the Cuban people or encourage respect for freedoms on the island.

FHRC congratulates all the independent civil society actors in Cuba, the independent journalists and media who publicize their plight, and non-profit organizations such as Prisoners Defenders, Cuba Archive, Victims of Communism, Outreach Aid for the Americas and others with whom we have worked together for years to systematically investigate and report this long list of abuses. The democratic majorities of Europe listened to us and now they have spoken out.