159 public protests were registered during February in Cuba 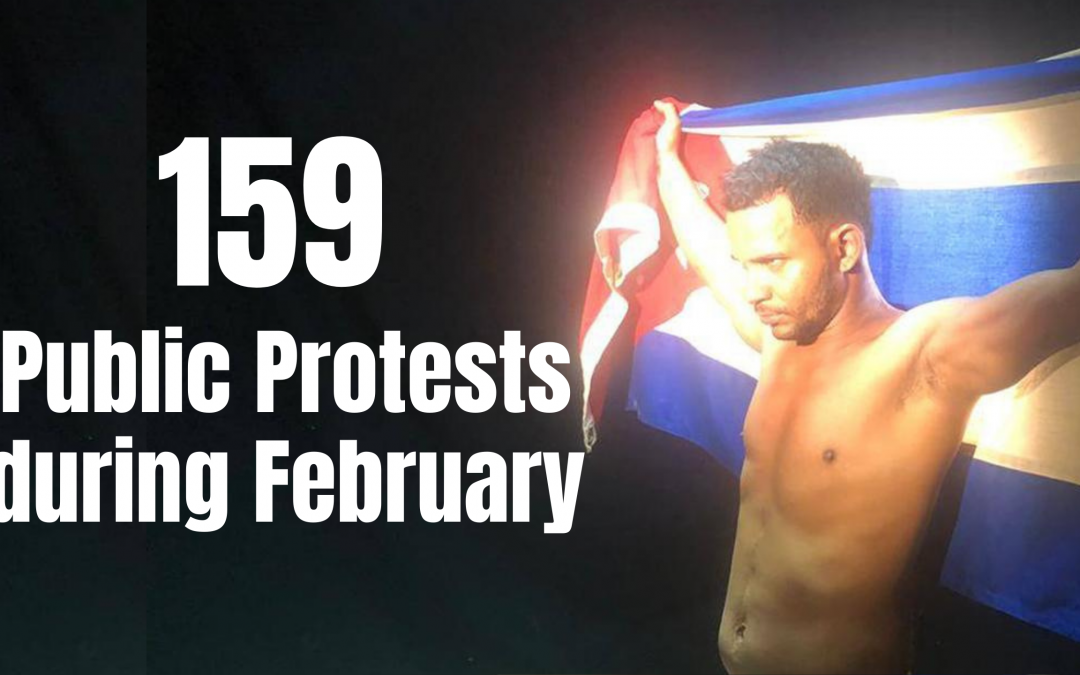 In February, 159 public protests were registered in Cuba, 22 more than in January (137). Unlike what happened until the first half of 2020, 70% of them ─says the Observatory of Cuban Conflicts (OCC)─ were related to political and civil rights, and only 30% to economic and social rights, despite the socioeconomic crisis that plagues the country.

The main cause of this growth of the protests, according to the organization’s monthly report, is the stubbornness in repressing them by a regime that lost all credibility in the face of an increasingly critical and diverse civil society.

This is a government ─the OCC adds─ that lacks the power to convene, that has lost its symbolic capital (credibility, legitimacy, prestige), and that insists on resorting to counterproductive waves of repression and campaigns of slander with no right to reply against its critics. Such repressive policy only multiplied protest demonstrations arising from a multifaceted civil society, which is made up of individuals and groups who do not believe in more promises and have become fearless of the regime.

This is, in short, the analysis of the current Cuban governance crisis as exposed by the OCC’s Conflictometer for the month of February.

Usually more passive professional sectors such as lawyers, architects, doctors, professors, scientists and accountants are beginning to join the ranks of the protesters, after they remained ─now explicitly and legally─ excluded from a “reform” to widen the number of private jobs  that the government would tolerate.

In fact, the economic and social protests of the month were fundamentally catalyzed by such prohibitions and by the increase in the cost of living due to price hikes that are part of the so-called “ordering task.”

On the other hand, and for the first time in 62 years, senior ex-officers of the Armed Forces and the Ministry of the Interior came together to demand that their comrades in arms abstain from shooting at the people, and protect them instead from the government’s repression. A new challenge to the regime that Cuba’s communist officials cannot minimize.

In view of the increase and diversification of the protests, the OCC’s Conflictometer explains that “there is a fast-growing mass awareness inside and outside of Cuba” that the State no longer assumes any responsibility for the general welfare or protecting basic citizens’ rights.

Hence the reflection of the former military officers in their statement that “There is no longer a revolution or a socialist system to defend.” Hence, also, these verses of the viral song “Patria y Vida”, which harvested about 2 million views on YouTube in a few days, and with which six popular Cuban musicians expressed the current mood of the island’s ordinary people: “It’s over, and we are not afraid, the deception is over. It’s over now: you have been sixty-two (years) doing nothing but harm.”