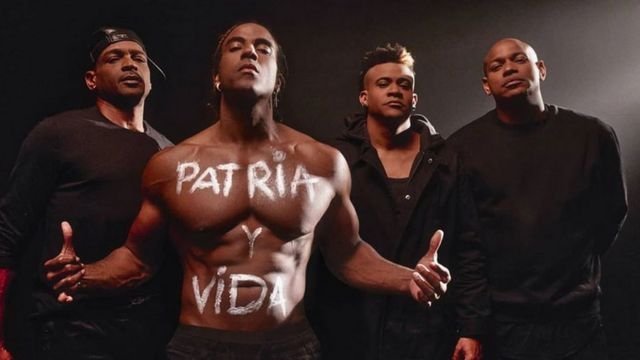 Five renowned Cuban musicians have taken up the current mood of the people of the island, replacing with a hopeful one the old and Numantine Castro slogan “Fatherland or Death.” The attack on their reputation has been instantaneous. “Those who sing, they do it as if Cuba had not given them anything, as if they had become artists in Jupiter, as if they did not remember where they grew up and who embraced them for the first time, as if respecting our deficiencies was not a duty, ( …) “.

This paragraph of an article printed by the Communist Party newspaper “Granma” recites a few tenets of the doctrine that the Castroist system instills in Cubans from the cradle, so that they never think of rebelling against or criticizing it: if you were able to study and succeed, be it as an artist, a doctor, a high-performance athlete etc., then you must be loyal to Cuba (a euphemism for “the Revolution”, which gave you that chance); if the Cuban people endures hunger and other tribulations, then your duty is to “respect our shortcomings.”

The bottom line is that, as the tune ─sung by Yotuel Romero, Gente de Zona’s Alexander Delgado and Randy Malcolm, Descemer Bueno and rappers Maykel El Osorbo and El Funky─ warns, they have already been ” blocking the domino game for 60 years”, keeping political and economic freedoms in shackles, promising a bright future that, like the horizon, is always out of reach. Today, however, neither indoctrination nor repression can dissuade Cubans from protesting.

The song enraged and scared Castroists, because it exposes abuses with which every Cuban who does not belong to the power elite can relate today: shortages of food and medicine; the paradises being built for foreign tourists while many Cubans continue to live in citadels and shelters; the desperate emigration of Cuba’s youth. But it also singles out the State security forces’ violent repression against those who dare to think differently.

Although the song is far from lacking the “slightest hint of wit”, as the vice president of the Union of Writers and Artists, Pedro de la Hoz, put it during his “two minutes of hate” in “Granma”, the more than a million and a half views it garnered on YouTube in less than a week (it premiered on February 18) is not exactly due to its undeniable musical quality.

Instead, the main reasons behind the success of “Patria y Vida” are the identification of Cubans with the abuses against the people of the island it denounces; and its recognition that time is already over for Castroism, as well as for its victims’ fear and quietness . Add up the fact that it is sung by most popular artists who were previously praised by the government-controlled media, which now call them “rats” and “mercenaries”.

Those who are indeed consumed by fear now are the Castroites themselves who, desperate to find samples of the Cuban people’s rejection of the song, are threatening to fire those workers who would not retweet the avalanche of regime propaganda deployed against “Patria y Vida” and its singers .

Yet, as Cubans begin to play the song at full volume in the streets of the island, its lyrics remind those who still remain in power that, “Everything has changed, it is no longer the same, Between you and me there is an abyss”; where the pronoun“I” stands for the millions of Cubans ignored by a tiny privileged, abusive chaste. Cubans, the text points out, need to “begin to build what we dreamed of, what they destroyed with their hands.” For that urgent effort “you – the Castroites – are just dead weight.”