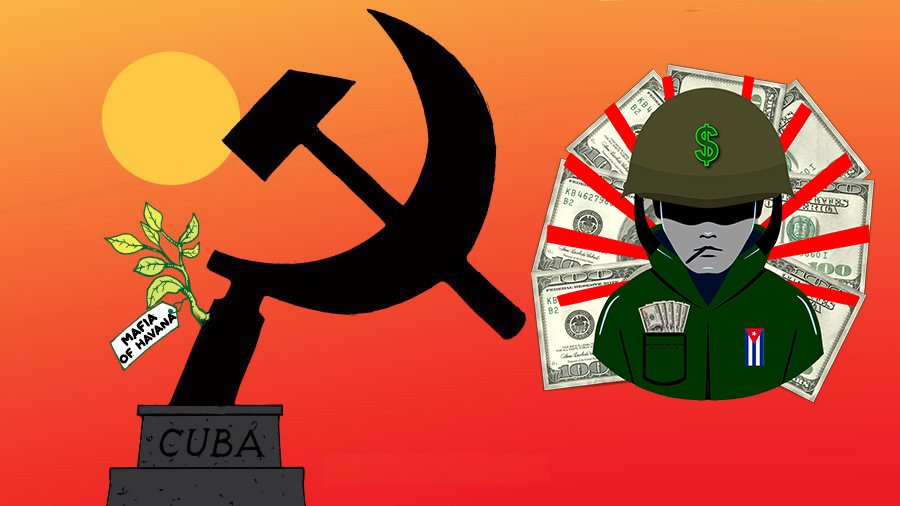 What is the hidden meaning of recent announcements made by the Cuban regime? For decades it was predicted, according to the ideological preferences of each author, that communism in Cuba would be toppled by “imperialism” or by the people. No one foresaw that it would be dismantled by the Cuban ruling elite itself. The history books will say that it was ousted neither by an American invasion nor by a popular uprising, but by a mafia piñata, an illicit distribution of the state assets among the rulers. At least, that is their plan. They do not want to lead the country towards a democratic market society, as Francis Fukuyama foresaw, but towards a post-modern mafia state, a phenomenon born in the 21st century.

The true strategic plan lies covertly among economic measures that easily capture the headlines and the attention of the Cuban public: depreciation of the purchasing power of the Cuban peso, cessation of subsidies to the family food basket, unprecedented inflationary processes in the making.

The Mafia of Havana first seized the country’s most productive resources and integrated them into GAESA, the military oligopoly. Thus, they created an opaque power, parallel to the state apparatus of bureaucratic communism. Now they are announcing, under another name, “reordenamiento económico” or “economic reordering,” the start of a piñata of unproductive, unsustainable resources, still in the hands of that old communist state. A free-for-all in which the members of that power elite may also participate, either anonymously or through front men, using the capital they have already accumulated in foreign banks. That is not privatizing the state’s economic institutions; it is stealing them a second time. That is not capitalism; is crony capitalism.

Workers, and even the farmers –let us remember that the latter do not have property titles– are from now on threatened by the possibility that their workplaces and lands will be sold at usurious prices to unscrupulous businessmen and “vulture” investment funds. The old state bureaucracy, which believed it was solid, will vanish into thin air.

Getting rid of state bureaucrats will not be a ticket to paradise. Investors – if any can be found – will not come to save jobs. Who needs factories with technologies from the middle of the last century or oxen and plows to till the land? The most precious asset will be the real estate properties for a future day when they recover its value. Cuba is for sale; the rest is scenery.

What about the people? They must learn how to make a living by asking relatives for more remittances, entertaining tourists, or engaging in small-time activities. Massive prostitution and criminal activities will be an inevitable part of individual survival strategies.

Is it possible to avoid that future? Yes. There is a better future at hand, but it is up to the Cubans to obtain it now, before it is too late. Six decades of waiting have elapsed. There is no more time. The power elite is pushing Cuban society to enter a new medium-term history, where, unlike in the past, there are no longer promises of prosperity for all, much less of freedoms for anyone. Cuban communism, ripped of its previous capacity to coopt the population through social services subsidized by the USSR or Venezuelan oil, has finally lost its power for ideological seduction.

The piñata that has just been convened – disguised as additional stimuli for foreign investment – marks new lines in the Cuban national conflict.

On one side are the Castro clan and its allies – some civilians and a handful of generals and high officers (not all members of the military are part of the mafia elite) – that do not exceed 0.1% of the population. Facing them there are multiple sectors of the Cuban people, whose existential situation is about to reach unbearable levels in the coming months. 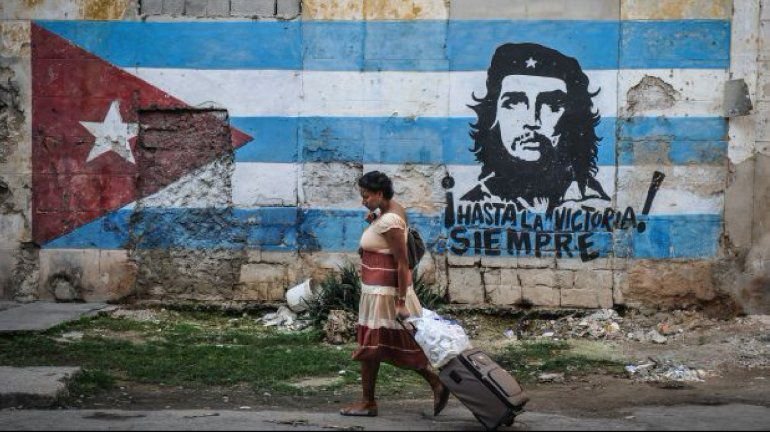 The power elite is today more afraid than ordinary people are; so, they are hastening their plans to land as oligarchs in a Russian-style mafia capitalism.

The sale of the economic institutions of the old communist state will put out of work not only about two million workers but also hundreds of thousands of bureaucrats, whose privileges, ridiculously low if compared to those of the power elite, kept them loyal to the system. Here is a new marginalized mass of potential dissidents and opponents.

An open, democratic society, under the rule of law and a market economy that allows Cubans to seek prosperity in freedom, is a real possibility. Even those in their seventies today could eventually get to see it. As many in the creative sector have done, the first step towards that future is to overcome fear and demand a real and profound change, here and now, towards freedom.

The power elite is today more afraid than ordinary people are; so, they are hastening their plans to land as oligarchs in a Russian-style mafia capitalism. If honest civilians and military make up their minds to depose that dictatorship their hours are numbered, and they know it.

Cuban communism is dead. It remains to be seen which regime – whether democratic or mafia style – is going to replace it.