PAHO: immunity is not impunity 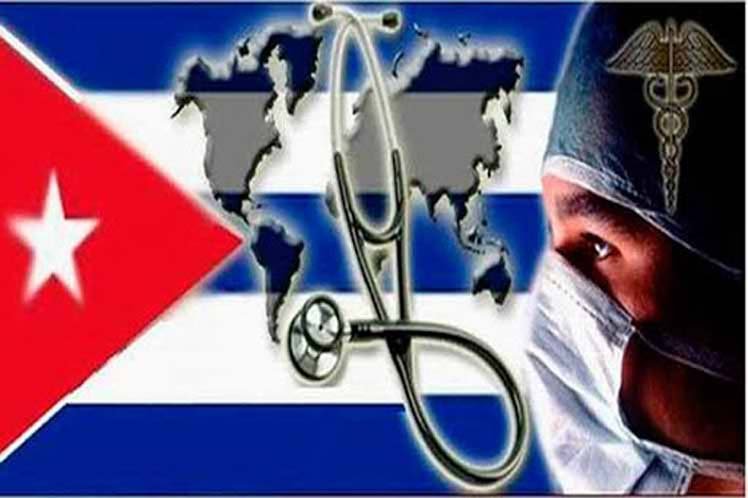 Last week a federal judge in Washington D.C. decided that four Cuban doctors residing in the United States will be able to continue with their lawsuit against the Pan American Health Organization (PAHO).

Their claim is based on PAHO’s intermediation between the Governments of Cuba and Brazil to bring thousands of Cuban professionals to the Brazilian program Mais Médicos under forced labor conditions.

Ramona Matos, Tatiana Carballo, Russela Rivero and Fidel Cruz are the four doctors who started the legal battle at the District of Southern Florida Court in November 2018. The lawsuit is covered by the US Trafficking Victims Protection Act.

Judge James E. Boasberg rejected PAHO’s arguments about this regional entity enjoying special protections under the UN Charter or the Constitution of the World Health Organization that prevent them from being prosecuted in US courts.

Citing documents that support the doctors’ claim, judge Boasberg said that PAHO allowed through its Citibank account in Washington, DC, the transfer from Brazil to Cuba of $1.5 billion – appropriated by Havana from the host country payments for health care services.

Thanks to its mediation, PAHO obtained a 5% kickback ─about $75 million. Such commercial activity, according to the magistrate, reinforces the Cuban doctors’ complaint.

By the time the claim was filed, Dr. Ramona Matos recounted: “Before traveling, we asked how much they were going to pay us but they never told us, until the day before we left for Brazil. (Then we found out that) they were going to pay us one thousand dollars per month, $400 of which we would receive in cash, while the other $600 would go to a bank account in Cuba”. Non-Cuban participants in Mais Médicos were paid 10,000 reais a month, about $ 4,300.

The Cuban government tends to embellish with melodramatic lyricism its claims that its medical collaborators are an expression “of the humanitarianism and solidarity of the revolution”. Well, these missions were originally articulated as some kind of “white coat diplomacy” to win votes from the Third World. However, since the beginning of the new millennium, they became a source of convertible currency that is still the most important for the Caribbean country ─ $ 6.4 billion in 2018.

The shame of it all is that Cuba gets that money by submitting its aid collaborators working abroad to onerous conditions of remuneration, life and work

In 38 interviews with former members of the Cuban Medical Missions, the Foundation for Human Rights in Cuba verified aspects of this exploitation scheme that closely match indicators of forced labor issued by the International Labor Organization (ILO).

This was also considered last year, in a communication to Cuba’s designated president Miguel Díaz-Canel, by two thematic rapporteurs of the United Nations’ Human Rights Council : the one that dealt with Contemporary Forms of Slavery and the one that was in charge of investigating Human Trafficking. See these quotes from the letter to Díaz-Canel (the ILO indicators are shown in parentheses):

“They are docked between 75% and 90% of what the host countries pay, or they are compelled to remit such percentages to Cuban authorities; a part of what they are paid is frozen in Cuba until their return, and what they receive is not enough for a decent living” (Withholding of wages).

“(The doctors) are pressured to join the missions, they fear reprisals if they refuse, and many reported being threatened by Cuban officials in the host countries. Deserters are banned from visiting Cuba for eight years and their relatives can be singled out and retaliated” (Intimidation and threats).

Rapporteurs Urmila Bhoola and Maria Grazia Giammarinaro warned Mr. Díaz-Canel that the reported conditions could be raised to forced labor as foreseen by ILO, and they pointed out that forced labor constitutes a contemporary form of slavery.

Cuban doctors who were sent at the risk of their lives to West Africa in 2014-2016, during the Ebola epidemic, told FHRC that while colleagues from other countries gave the dying “a dignified accompaniment”, they were forced to remain in contact with the sick to the end. “They wanted to make us martyrs,” one of them testified.

Judge Boasberg’s decision in Washington in favor of four Cuban doctors indicates that the pink legend divulged by Havana about its white-coated slaves is fading. In the last five years the dark side of the Cuban medical missions has been exposed by prestigious international media such as The New York Times, The Wall Street Journal, The Miami Herald, The Guardian, Time magazine and the BBC.

We already know the cut that PAHO took from its triangulation with the governments of Raúl Castro and Dilma Rouseff, and now it will be held accountable. However, the rest of the $ 1.5 billion that the agency sent to Cuba apparently got lost in a black hole, with no one to claim accountability.

Cuban officials allege that this money is used to support the island’s public health system, but any ordinary Cuban will tell you about the disastrous state of the hospitals, the rampant shortage of medicines, the closure of dozens of family doctor’s offices and the delayed appointments with specialists, that sometimes come when the patient already passed away.

The legitimate question that tens of thousands of Cuban aid workers systematically stripped of their earnings might ask themselves is: “Where is my money?”