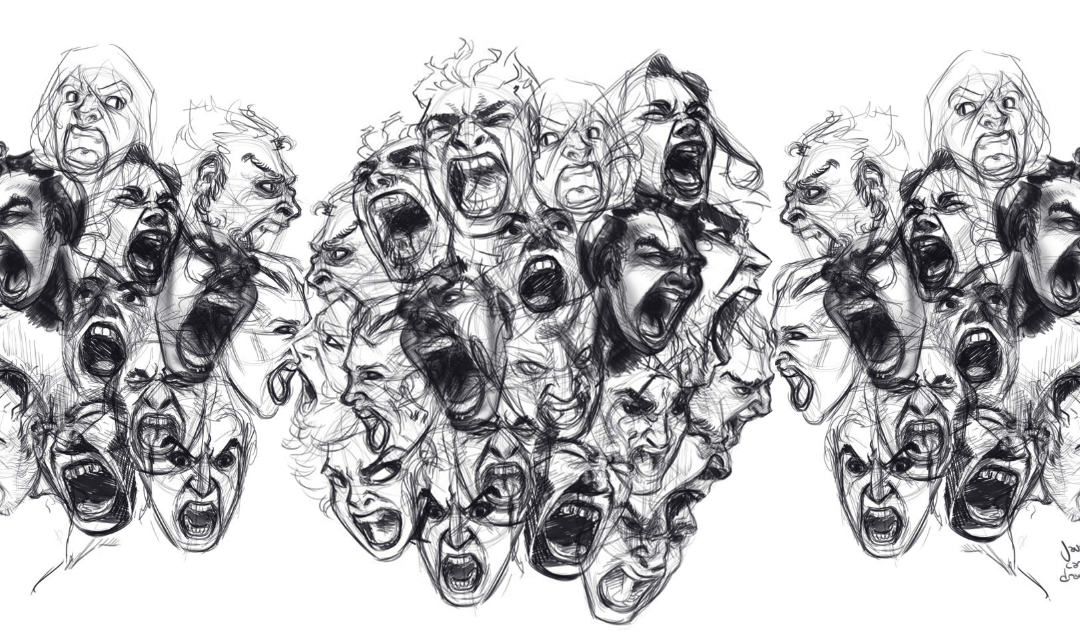 The number of protests of a political nature was increased several times over since the San Isidro Movement’s appeal to Cuban Internet users asking them to show a poster calling for change in the country, under the hashtag #MiCartelParaElCambioEnCuba (My Poster for Change in Cuba). The call received a response in almost all Cuban provinces, mostly from citizens not linked to organized opposition movements.

An extreme example of this call for signs was the action by young Denis Solis, who got a tattoo on his chest: “Cambio Cuba 19.10.20” and challenged on the networks: “Communists, now you will have to tear the skin off my chest.”

Days later, a retired and mutilated ex-combatant from the Angolan War hung posters protesting the meager pension he receives.

The Cuban government, frightened by the convening power of the San Isidro Movement, organized one of their infamous “acts of repudiation” against the Movement headquarters. However, artists, intellectuals and professionals, who until now had remained silent in the face of abuses in the country, immediately made public their total rejection of these practices and spoke in favor of the right to freedom of expression.

“If at any point in time anyone can see me in an act of repudiation, shouting and insulting young people who only want to express their opinions peacefully, don’t even hesitate about it: Do tie me up, repudiate me back, or take me to a mental hospital because I will be out of my mind,” a renowned Cuban psychologist declared.

Use of Force against the Pandemic, Police Violence and Fines

The government is scared and it responds with an increase in absurd fines of $3,000 Cuban pesos for spreading the epidemic. The amount of this fine is as high as 7.5 times the minimum wage in Cuba. It would be equivalent to imposing a fine for 7,800 Euros in Spain, or having to pay 9,400 dollars in the United States.

Those Segregated under Subhuman Conditions Revolt Too

“Tomorrow it could be you!” warned a Cuban mother in a quarantine center in the province of Sancti Spíritus, referring to the terrible hygiene conditions in which 120 people, including children, are kept in isolation, as well as the lack of food. There are 44 quarantine centers on the island.

As if it all were not enough, the Cuban government this month also officially established the use of a sticker or decal to identify the houses that the CDR, the FMC and the Police must monitor 24 hours a day to ensure the “home isolation” of their inhabitants if they are “suspected” of being infected. A perfect measure to disguise repression of dissidents and uncomfortable activists.

All of this reflects insecure national governance.

Almost half of the protests (41) in October were individual expressions of protest, without a demand for a solution. These expressions of discontent are evidence that Cubans are losing their fear of publicly expressing their disagreement due to unjust social, economic, cultural or political situations. However, these individual protests are easier for the government to suppress – as it effectively does – than collective protests.

As an example, the Cuban mother who publicly protested over the dismal conditions in her isolation center has not seen her situation improved. However, last month’s collective protest by residents of El Ingenito, in Ciego de Ávila, who demanded food for those concentrated in quarantine, achieved its objective.

The Myth that the Government Never Yields Under Pressure

The monitoring and analysis of more than one hundred conflicts throughout the island between October 2018 and October 2020 by the Cuban Conflict Observatory confirms that out of 111 cases, the protesters obtained a satisfactory result to their demands on 88 occasions. 79% of successful management of their protests, achieved following a certain basic methodology.

In this month of October, the cases in which the protest focused on a specific demand made the government give in. This happened, for example, in the protest against an increase in the cost of Cuban passports, or the demand directed by Omar Mensa so that Zoonosis would not slaughter stray dogs prior to Diaz Canel’s visit to Santa Clara.

Generally speaking, neither individual nor collective protests this month claimed for a specific demand, but only focused on denouncing the problem without demanding a solution.

October 31: National Campaigns Have their Own Dynamics and Methodology

Specific public acts of discontent – whether or not accompanied by concrete demands – are not comparable to the complexity of a national awareness campaign and demand. 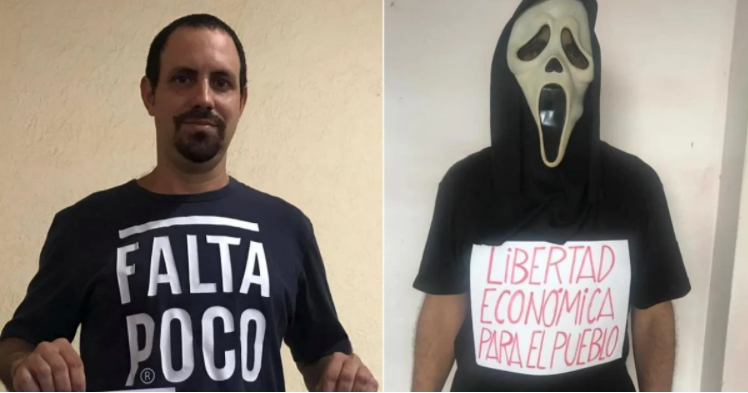 A call to a protest circulated on social networks, under the slogan “We Want Economic Freedom. No More Destitution.” The announcement was allegedly made by self-employed workers from all over Cuba. This call was and is of great importance because it touched the most sensitive issues of social and economic tension between the failed government regime and the citizens. This was its first staging. There will be others. It made concrete demands and relies on very popular claims from two important social groups (the self-employed and farmers) that have broad citizen support.

To assess the impact of the call to a national protest on October 31, it is necessary to observe not only the very small number of citizens who took to the streets that day but also the reaction of the regime. Did they underestimate and ignore it? No. Quite the contrary, they took extraordinary measures indicating that they fear a call like that.

The secret police reinforced civil patrols in the areas where the protests had been called; on October 30, 31 and November 1, they directed the “workers on duty” at the work centers to reinforce surveillance in those institutions and immediately report to the MININT the most insignificant event that seemed suspicious. But even in previous days they had already rehearsed and taken measures to bring down internet services, and updated individual action plans to prevent the movement of notorious activists and journalists.

If the call failed to get many citizens out on the streets, it certainly took the secret police out on the streets, distracted them from other tasks, and cost the state budgets a number of resources. In short: it was not useless. But its promoters must draw lessons from experience.

“As long as the dictatorship is the law, protesting will continue to be our means,” expressed Cuban rappers Maykel Osorbo and the Funky. They are right. The protests will continue until the government gives in to the Cubans’ demands.

The myth that the government does not give in to pressure is totally false.

Most Popular Hashtags in October

DEMANDS OF THE OCTOBER 31 PROTEST #PorUnaCubaPróspera

We demand the government of Cuba to let us work and prosper.

Fulfilling these demands depends solely and exclusively on you, the Cuban government.

We will not stop protesting until you prove you are complying with the demands of the people.

CUBAN CONFLICT OBSERVATORY METHODOLOGY: WHAT DO WE CALL A PUBLIC PROTEST?

They are all actions, of a very diverse nature, which express publicly, either individually or collectively, the citizens’ rejection of official regulations, institutions or authorities.

This rejection and public criticism can be an expression of protest over political and citizen rights issues or be directly linked to popular demands on social, economic and cultural issues such as housing, water and food availability, transportation and artistic or intellectual censorship.