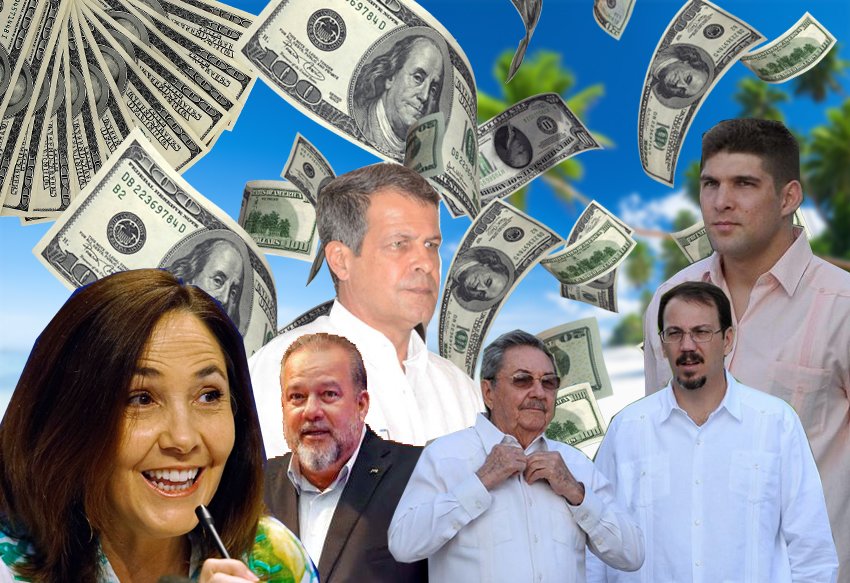 Now and then, Cuba’s Castroist leaders demand more sacrifices of the Cuban people: save electricity and work without air conditioning; plant in your backyards if you want to secure some food; try to cope with less cooking gas; heal yourselves with herbal remedies; move around the cities on foot, by bicycle or in horse-driven carts.

During the ongoing pandemic, ordinary Cubans have faced severe food, toiletries, and medicines shortage that forced them to spend days in long queues, defying contagion.

What is outrageous in the case of Cuba is that those who live at the top of this regime and preach egalitarianism do not participate in any of the sacrifices that are demanded of the island’s citizens.

The late “supreme leader” Fidel Castro, a supposed champion of the poor, managed a multi-million dollar budget that no one audited, known as the “Commander in Chief’s Reserve”. Forbes magazine evaluated his personal fortune at $ 900 million. But that is not the only capital of the communist dictators. They dispose of houses, recreational estates and State financial resources as a private, unlimited usufruct.

One of Castro’s former bodyguards, Lieutenant Colonel Juan Reynaldo Sánchez, revealed in a testimonial book how Castro built for himself – with State resources – his private paradise in Cayo Piedra, two adjacent keys located south of the Bay of Pigs: it included a family and guest house, four yachts, heliport; reserve of sweet water for drinking and a swimming pool, dining room, dolphinarium and turtle nursery.

In addition to his well-known family residence in Siboney, west of Havana, Castro had a house for his personal use where his confidant, Celia Sánchez, used to live. It included a gym, indoor basketball court and a two-track bowling alley. 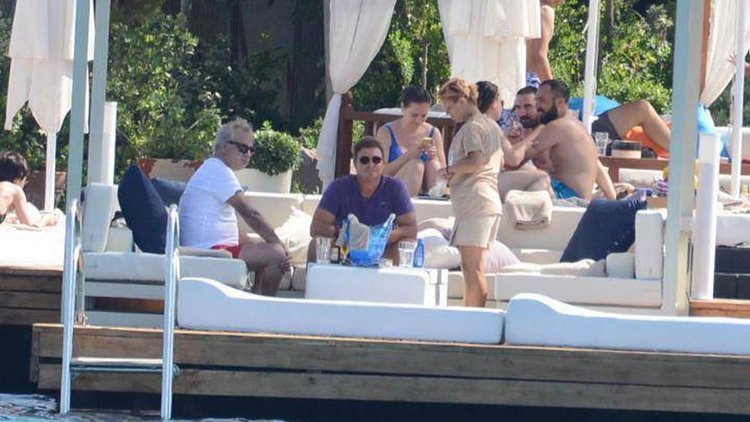 In 2015, Fidel Castro’s son Antonio was caught by the Turkish press on vacation at the Bodrum resort city, where he arrived on a 50-foot yacht and stayed in luxurious rooms with a 12-person entourage. It is hard to say whether that money came out of his private dollar accounts (whose source no one investigates) or was paid directly by the Cuban State with billions of dollars ripped off from the salaries of medical collaborators, a State income that never finds its way to Cuba’s public health system.

Does Raúl Castro eat from the ration book? No. In May a Cuban journalist with access to sources close to the General published a list of what was had been purchased in Panama for the First Secretary of the Communist Party: it included Alaskan wild-caught salmon, Kobe cuts of beef – an exquisite and very expensive Japanese meat – donkey-milk cheese, American cereals, and pills of Cialis, a similar to Viagra.

In June, while Cubans were making desperate queues to buy food and toiletries, international media reported that the First Lady of Cuba, Lis Cuesta, was shopping in Madrid, where she made a scandal at one of the boutiques of designer Carolina Herrera. Because they would not let her in, Cuesta threatened to complain to King Felipe. She and her two companions were fined 600 euros for not wearing a face mask. Who paid the bill?

Last week, Cibercuba reported that, due to the closure of the borders during the coronavirus pandemic, Mariela Castro and her Italian husband, Paolo Titolo, have not yet been able to rent in foreign currency a mansion that they bought on 66th Street and 7th Avenue, Miramar.

The report recalls that Castro -General Raúl’s most renowned child-  and Titolo “have as their permanent residence a mansion located in the luxurious neighborhood of Siboney, at the corner of 206th street and 17th Avenue. Martí Noticias reported in 2016 on the restoration of this property, which included a new swimming pool, a tiki hut built with precious woods and a bungalow for guests. Another report from Cibercuba indicates that the director of the GAESA military-business emporium, General Luis Alberto Rodríguez López-Calleja, quarantined himself during the pandemic in a five-star hotel on Varadero beach.

Meanwhile, according to a report by the Cuban Observatory for Human Rights, almost half of Cuba’s housing inventory needs repair, 5% is in danger of collapse – five people died in 43 building collapses so far this year – and 120,000 houses have dirt floors.

During a recent interview with Diario de Cuba the Executive Director of the Foundation for Human Rights in Cuba (FHRC) answered a question on whether there are new privileges in Cuba:

“In the communist State, privileges consist of unlimited access to free use of State assets, such as houses in cities and beaches, cars, yachts, or trips abroad. These privileges are not enough for the new elite (…) They also want to amass convertible currencies in foreign banks, and hold permanent property titles that their families would inherit,” he said.

The director of FHRC pointed out that this caste represents just over 0.01% of the Cuban population, and that they are no longer interested in guaranteeing the basic needs of the Cubans under the old communist “social pact”, but rather “they want to live like real bourgeoisie, not just privileged bureaucrats of an outdated communist regime.”