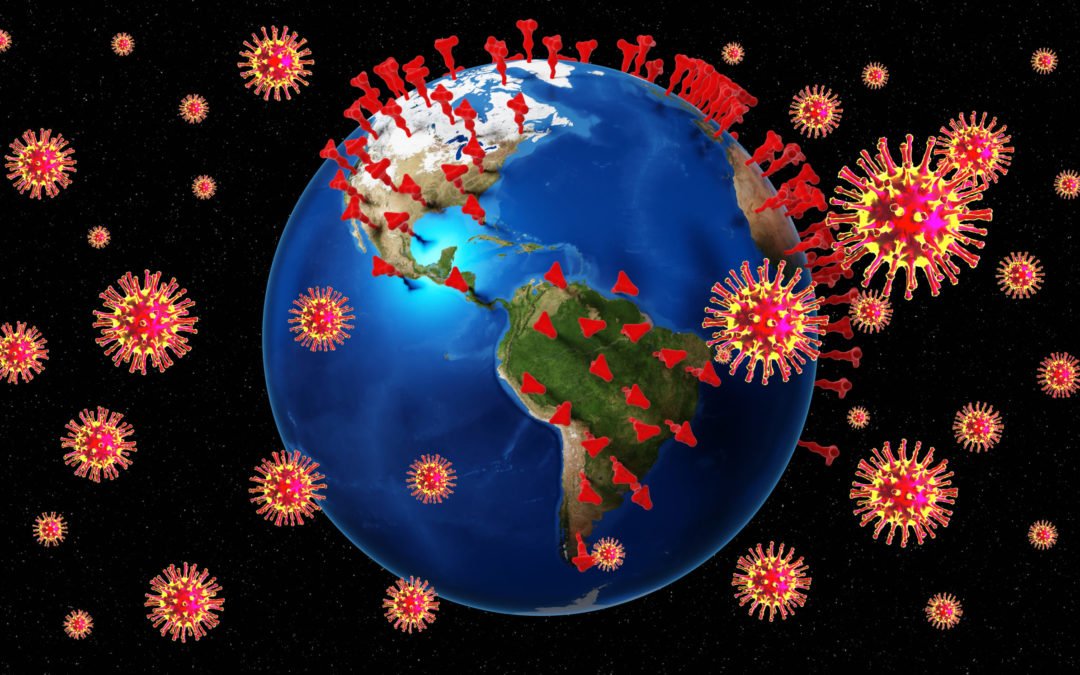 Once again, political and ideological affinities seem to prevail over objectivity and the reliable statistics expected from the UN’s Economic Commission for Latin America and the Caribbean (ECLAC).

This regional think tank published on April 21st its forecast on the impact that the Covid-19 pandemic may have in 2020 on the economies of Latin America and the Caribbean. With regard to Cuba, ECLAC projected a decrease of the island’s Gross Domestic Product (GDP) of barely -3.7%.

However, the agency calculates a fall of -5.3% in the economy of Latin America and the Caribbean as a whole, and specifies that the decline in GDP will be -6.5% in Argentina, Mexico, and Ecuador, and -5.2% in Brazil. The message is that (socialist) Cuba will always be better off.

Created in 1948, ECLAC is a specialized agency of the UN that counts 46 member states and 13 associates. It is basically made up of economists and intellectuals, most of them partisans of the left, with an anti-liberal and statist vocation. This seems to be embedded in the DNA of the organization, stemming from the legacy passed to ECLAC by anti-liberal Argentine economist Raúl Prebisch (1950- 1963). The team also includes some analysts sent from Havana.

The strategy promoted by Prebisch ─that is, replacing imports, creating protectionist barriers, and an isolationist call to “grow inward”─  sank commercial competitiveness in Latin America, slowed down the  pace of industrial development in the region and left it way behind the Asian nations, which grew exponentially by doing exactly the opposite.

Just as it does with WHO, PAHO, UNICEF, and any other, the Castro regime provides fake statistics to ECLAC. Suspiciously enough, the agency accepts them all cheerfully, bases its forecasts on the Cuban economy on these falsehoods, and publishes them, so they circulate around the planet with ECLAC’s institutional warranty seal. The agency is well aware that Havana calculates GDP by adding social spending on public health and education as newly created assets, thus misconstruing the estimates on that indicator. Yet it never says anything about it.

It is common for ECLAC experts to grace the manipulated Cuban statistics with comments favorable to the Castro government for “their efforts” towards the development of the Cuban economy.

In 2017 ECLAC reported that Cuba’s unemployment rate had dropped by half a percentage point to just 2% in the last 12 months. In fact, it ranged from 28% to 30% according to seasoned scholars of the Cuban economy such as (Penn University Professor Emeritus) Carmelo Mesa-Lago and others.

Now with the coronavirus, history repeats itself.  On what basis is ECLAC projecting a sheepish -3.7% drop of Cuban GDP for 2020?

Such forecast is absurd. With the pandemic ─as the Cuban Minister for Foreign Trade and Foreign Investment recently acknowledged─ Cuba’s four main sources of financing have just collapsed: tourism, remittances and other flows of dollars from the United States, and exports of goods, while government plundering of the hard-currency salaries paid to Cuban doctors posted overseas has suffered a sharp decline. That will not be compensated by the new medical brigades that ─taking advantage of the current pandemic─ Havana is currently exporting.

By the way, remittances were greatly affected by the suspension of flights belatedly ordered by Cuba. They are supposed to fall much more, and for an indefinite time, as many of those who used to send them from abroad have lost, or will lose, their jobs. This will make Cubans poorer and will significantly slash the State revenues coming from local hard currency-collecting stores, known on the island as “shoppings”.

For further complication, Cuba’s risky level of indebtedness and its recent debt service defaults on payments already renegotiated will make it almost impossible to access new commercial credits and import the goods the country needs. Last, but not least, a continuous decline in the arrival of Venezuelan free fuel bolsters the possibility of a widespread paralysis of Cuban transport and industry.

On the other hand, self-employed workers are for the time being almost out of the work scene, due to Covid-19’s social isolation. The only thing the dictatorship seems to have left to survive is the looting of the foreign-currency salaries of doctors posted abroad. Hence their desperation in selling these white-robed slaves to the first bidder, even if the risk to the doctors is considerable. The whereabouts of two missing physicians who were kidnapped in Africa by a terrorist group are still unknown.

To top it off, these medical services are offered to the world at the cost of further weakening the calamitous domestic health system now facing the pandemic, which could cause an unprecedented humanitarian catastrophe in Cuba.

In short, no matter how ECLAC sweetens the pill, the serious crisis the Cuban economy is going through will definitely get worse with the pandemic. The decline of Cuba’s GDP for 2020 will not be lesser than the region’s -5.3% average, while some experts in the Cuban economy estimate that it could exceed -10%.

One can only wish it didn’t happen. But in one way or another, ECLAC should not keep dancing to the music of  the Cuban regime. Their duty as a specialized UN agency is to be professionally objective and unbiased. That’s what it was created for.