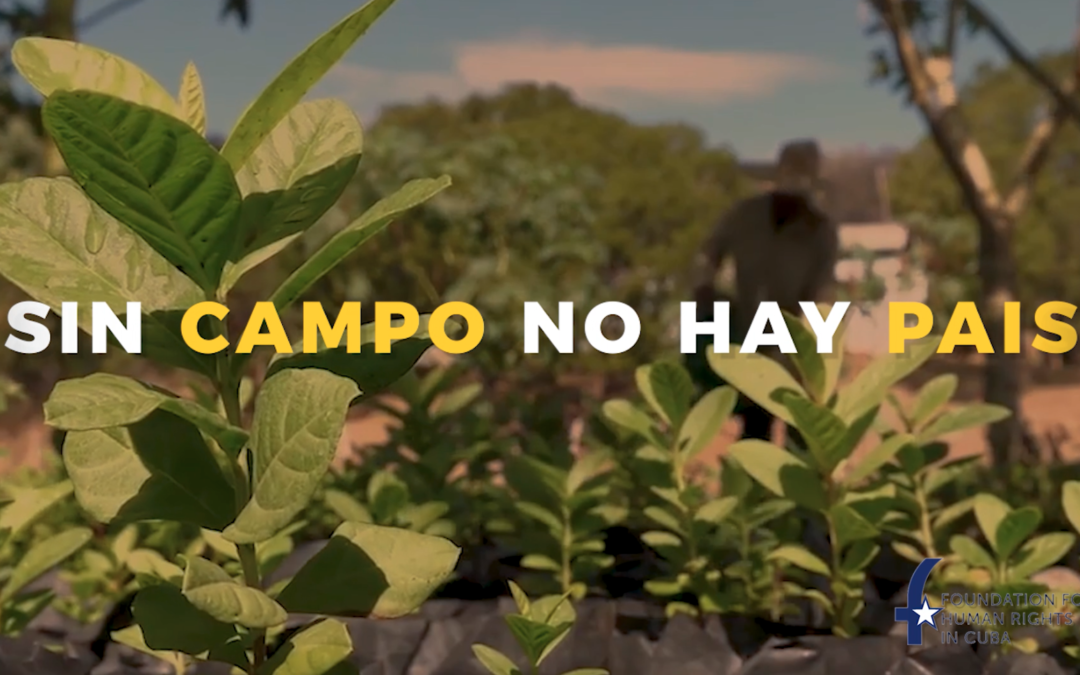 The League of Independent Farmers and the Cuban chapter of the Latin American Federation of Rural Women (FLAMUR) released this Monday on the island a statement announcing the campaign “Without Crops there is no Country”, in order to ensure a food supply chain for Cuban families Cubans prevent the crisis from leading to famine.

The farmer’s demands to the Cuban government consist of five steps:

The League of Independent Farmers and FLAMUR concluded the document with this call: “Let’s avoid a famine!  Lift the internal blockade and free agricultural production!”

Raúl Castro maintained the state collection system, arbitrarily set price ceilings and the repression of urban vendors and truck drivers. Fourteen years after Raúl Castro assumed power, the country still needs to import 80% of the food it consumes, but now it is bankrupt and its economy is in a free fall.

As the communiqué recalls, the sanctions of the United States do not include the Cuban peasant who can – were it not for the internal blockade – import, export and receive private investments from the United States.

This was demonstrated in 2016 when the Nestlé company wanted to  buy coffee directly from independent Cuban producers, being authorized by the United States government to do so. The well-known company was interested not only in buying, but also supporting production with investments and advice. It was then the Cuban State, acting totally irrationally, blocked that opportunity by embarrassingly using ANAP – its puppet on these issues – to face up and publicly reject the offer. Of course ANAP did not consult the peasants to speak on their behalf, thus closing the door to billions of dollars of US investments in the agricultural sector.

Cuban peasants are demanding that the government de-ideologize and depoliticize the issue of agricultural production. Vietnam suffered a famine then in 1986 it released the productive forces with market reforms.  After only four years they became self-sufficient and exported surplus food.

After six decades of state failure, and on the brink of a national catastrophe, maintaining the internal blockade on private producers is a crime and colossal stupidity.