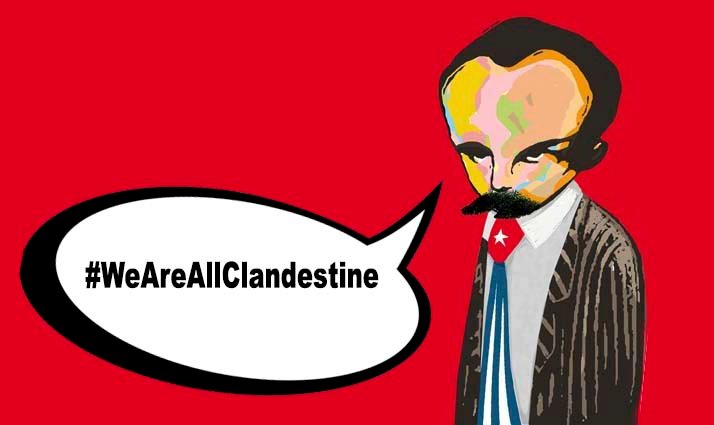 Last week the Cuban regime announced a State attorney’s recommended sentence of nine years in prison, which it will use to get rid for a while of the leader of the Patriotic Union of Cuba (UNPACU), the largest opposition organization inside the country.

It is known that in Cuba there are no investigating judges, so those who instructed the case against José Daniel Ferrer and suggested the harsh sentences against him and three of his followers were the same State Security officers who fabricated the case.

To justify it, they drew a far-fetched story in which they attributed to these peaceful fighters for democracy acts of kidnapping, beatings and torture such as those taught and ordered by the Counterintelligence officers of the Cuban interventionist corps against political opponents and military dissidents in Venezuela, as the prestigious Casla Institute, based in Prague, documented in a recent, detailed report.

Ferrer, a member of the Group of 75 rights defenders sentenced to staggering sentences during the internationally repudiated Black Spring of 2003, and recognized by Amnesty International as a prisoner of conscience, would not be charged this time around with Crimes against State Security or under the so-called Gag Law: instead,  the regime would fabricate a common crime to discredit him and his companions, and confuse as much as possible domestic and international opinion.

This is one of the variables of the transformation in repressive methods pointed out at the end of 2019 by the Foundation for Human Rights in Cuba. It seeks to reduce the numbers of political prisoners and detainees through subterfuges like this.

Experts such as Julio Ferrer, a dissident  lawyer with  the independent counsel group Cubalex, have pointed out the inconsistencies and inaccuracies in the State attorney’s  story, as well as procedural irregularities that in any country governed by a true Rule of Law would invalidate the process. In Cuba, however, the law is used to give arbitrariness the appearance of lawfulness.

What the judicial farce against Ferrer and his comrades proves is that the government is afraid. Until now, UNPACU had survived the harassment, threats, searches and confiscations, infiltrations, brief detentions and even prison sentences imposed to dozens of its members. All efforts to dismantle it had failed. But the senior officers of Enemy Confrontation in Section 21 of the Counterintelligence had not decided to move on to the final phase of “Neutralization” at any cost.

It happens that the moment is very tense on the island, hit by the perfect storm of the system’s dysfunctionality, the Venezuelan crisis and the measures that the Trump administration has adopted and continues to adopt to sanction Havana for the abuses perpetrated in Cuba and, under Cuba’s colonial intervention, in Venezuela.

So tense it is that sending opposition leaders to prison might prove worthless.

Inside the island, people with enough ingenuity to identify themselves in social networks with Salvador Dalí-like masks, just as those worn by the characters of Money Heist, the Spanish television hit that thousands of Cubans were able to watch thanks to the private information and entertainment initiative known as “El Paquete” ─ smeared with pig blood a bust of  Cuba’s national hero José Martí, as well as images of the late Líder Máximo, the installer of the 60-year-plus dictatorship.

Although considered by many a revered saint of the Cuban nation, Martí has been widely manipulated by the official propaganda as the mastermind of Fidel Castro’s assault on the Moncada barracks, as an ideologist of the Castro regime and as an enemy of the United States.

Soon enough the authorities announced that they had already arrested the members of the group, self-identified as “Clandestinos”, but a few days later similar events were reported in Santiago de Cuba.

As the crisis has been deepening, weary Cubans started staging spontaneous protests, barricading streets to demand water service, a solution to an overflowing septic tank or, in the wake of a collapsed apartment building, a decent home. It is in the middle of this tense situation that the government has decided to send José Daniel Ferrer and his comrades to prison.

It is also a crossroads in which the simplicity and appeal of the “Clandestinos” protest could become, as a chain reaction, the “All at once” in Spanish playwright Lope de Vega’s play “Fuenteovejuna”, a unanimous answer of the people of that village to the question of who killed the abusive commander.

It could also become an uncontrollable flare, too close to the gunpowder barrel.