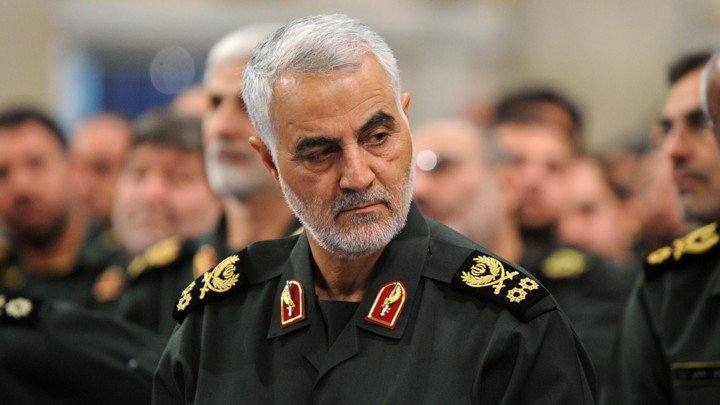 What is behind and following the “assassination” of the Iranian general by the US?

A problem cannot be solved if it is not first understood. We need to understand that from the ashes of the Cold War a new coalition emerged, made up by the enemies of open societies. That they are actors involved in what they consider a permanent, inevitable and endless war against the liberal establishments and the world order that emerged after the fall of the USSR.

In less than three decades, conflicts and war doctrines have undergone a crucial transformation that made obsolete many of the intellectual, legal and institutional tools that were forged in the previous century. This transformation of war, its strategies and tactics, pierced the traditional concepts of this field. The debates over the recent ‘assassination’ of Iranian General Qassem Soleimani come to demonstrate such fact.

If we put aside the inevitable partisan polarization, whether in support or rejection of Trump’s decision to eliminate Soleimani, the discussions on the subject tend to be based on premises and assumptions that were valid in the 20th Century, but are no longer relevant to today’s global conflict.

Rejecting the decision to retaliate against Soleimani on the grounds that now an “escalation” of events towards “war” might begin is fallacious. First, Iran considers itself at war against the Great Satan and is not limited to aggressive rhetoric, but rather practices it.

The escalation has been going on unilaterally for months, and the moderation shown by Washington, best case scenario, did not hinder it.

Second, Iran, like other countries and non-state actors, has been using a different war model in that confrontation: a new conflict model that Soleimani contributed significantly to create in practical and intellectual terms, in which violence is exported through third parties and any responsibility for whatever happens is denied.

Third, the Iranian aggression – and Soleimani’s participation in it – has a transnational dimension that goes beyond the Middle East. Under his direction the actions of Quds extended to several continents. Soleimani was the architect and promoter of exporting Iranian terror. The attacks, military actions and training of local terrorists carried out by the elite group Quds did not have only the Middle East as a stage, but also countries in Asia, Africa, Latin America, Europe and even the United States.

At present time, the enemies of democracy in some autocratic societies consider themselves at war with Western open societies, in particular with the United States. To pursue their objectives, they flexibly associate in coalitions with other states and related forces with whom they may share more affinity. Within the framework of these alliances, their partners contribute – and sometimes share – different military capabilities in order to advance their goals in the common conflict against the West. Some of them have weapons of mass destruction (nuclear, biological and / or chemical), efficient intelligence institutions and long-standing cooperation agreements with criminal and terrorist groups. For that reason, this association represents a clear and present danger to international peace and security.

That common front is made up by various coalitions of states such as Russia, China, Iran, North Korea, Cuba and Venezuela. Their governments are closely associated with non-state actors, as is the case between transnational networks of terrorist and criminal groups in Latin America and Hezbollah, as well as the Colombian FARC and ELN. But these countries and the non-state forces that support them know that in a conventional war they would be on the losing side. It is for this reason that they have put together a different and more flexible approach to conflict, adding up to it what they learned from their previous experiences.

The central idea is to use third parties to carry out attacks and outbreaks of instability in different parts of the planet while denying any responsibility for their onset. This pattern repeats again and again. The Russians employ special mercenary troops; the Iranians create satellite terrorist forces such as Hezbollah; the Cubans assemble Bolivarian solidarity groups, and so on.

The new rule is that there are no rules.

Experts have coined various terms to try to adjectivize these new confrontations with open societies, calling them, among others, “infinite”, “asymmetric”, “hybrid”, “non-linear”, “gray zone”, “unrestricted” wars. They all feature a flexible and opportunistic combination of hybrid tools to simultaneously cover several fields of confrontation, be it military, informational, cyberspace, propaganda, espionage, cultural, ethnic, terrorist, or criminal.

The myopic partisan debate about the death of Soleimani also reflects on the way we overlooked the actions that this Iranian top commander carried out through Hezbollah and Quds in regions such as Latin America.

Such omission partly reveals utter ignorance about the existence of the new global conflict against the West – which is not limited to the Muslim world or the Middle East. While Hezbollah now controls territories and participates in illegal activities within Venezuela (such as illegal mining and drug trafficking), Soleimani’s Al Quds forces were involved in terrorist attacks against Jewish communities in the region and even in a failed attempt to kill the Saudi ambassador to Washington. His ideas and experiences also influenced other parts of the world.

Last year Cubazuela began a counteroffensive to coordinate radical and criminal forces in several countries, such as Chile and Ecuador, in order to exploit – and thus destabilize – the vulnerabilities and misdeeds of these democracies.

This emerging hybrid war is designed and coordinated by Havana, implemented mainly from Caracas, and has counted on Iran’s cooperation through Hezbollah. It should not be ruled out that the subsequent destabilization of Ecuador, Colombia and Chile was part of the talks with the Prime Minister of Russia and the head of the Russian National Security Commission during their separate visits to Havana in early October.

It is in the interest of Cubazuela, Iran and Russia to manage their conflicts indirectly, whether in Latin America, the Middle East or Eastern Europe. Sort of an update of Che Guevara’s motto about “creating two, three, many Vietnams”, but also including conceivable denial of responsibility for whatever happens, such as the one granted to Cuba by Guevara in his farewell letter, in which he absolved the Island “from any responsibility” for his future actions.

For the time being, it is unlikely that at this time they are considering in Havana and Caracas how to best avenge their dear friend, Iranian General Qassem Soleimani. It is more likely that they are sharing sotto voce their concern that their idea about a “barking but not biting” Trump could be superficial and hasty.

Trends in geopolitics depend on the perception that the enemy has of our power and, above all, on our decision to use it fully. Prudence and restraint are good, but only when the adversary values ​​them as positive gestures and not as an indication of fear. The last-minute search for prudence that Kennedy wanted to show during the Bay of Pigs invasion – abandoning the 2506 Brigade to its fate – opened the door to the nuclear missile deployment that happened a few months later.

The link among scattered events in different parts of the planet is not always evident. That is left to the speculation of each analyst. But since nothing happened in Venezuela in February last year, US enemies –from North Korea to Iran- seemed emboldened. Their actions became more reckless. Like it or not, their logic is not ours. They look for signs of fear to raise their bets.

Those who are weighing whatever imaginable consequences of putting a stop to an enemy should also consider the price of letting him act indefinitely without major consequences. Since February 2019, Hamas rockets rained on Israel; North Korea dodged dialogues with Washington and restarted ballistic tests; Iran attacked Saudi oil facilities and ships in the Strait of Hormuz; the presence of members of the Russian GRU’s Special Unit 29155 during periods of disturbance in France and Catalonia is being investigated; Cubans and Venezuelans were identified and expelled from Ecuador, Chile and Bolivia due to their activities during the violent protests in those countries.

The liquidation of Soleimani has sent a strong and clear message to US enemies everywhere, not only in Iran. If they do not change their logic, it is very likely that they will see transforming into a genuine catastrophe what for them has up to now been just a disaster. Betting on the passivity of an American president – who has proven unpredictable and breakup-prone- in a year in which his reelection is at stake, is a reckless, if not suicidal, formula.