Repression in Cuba changes, so that everything stays the same 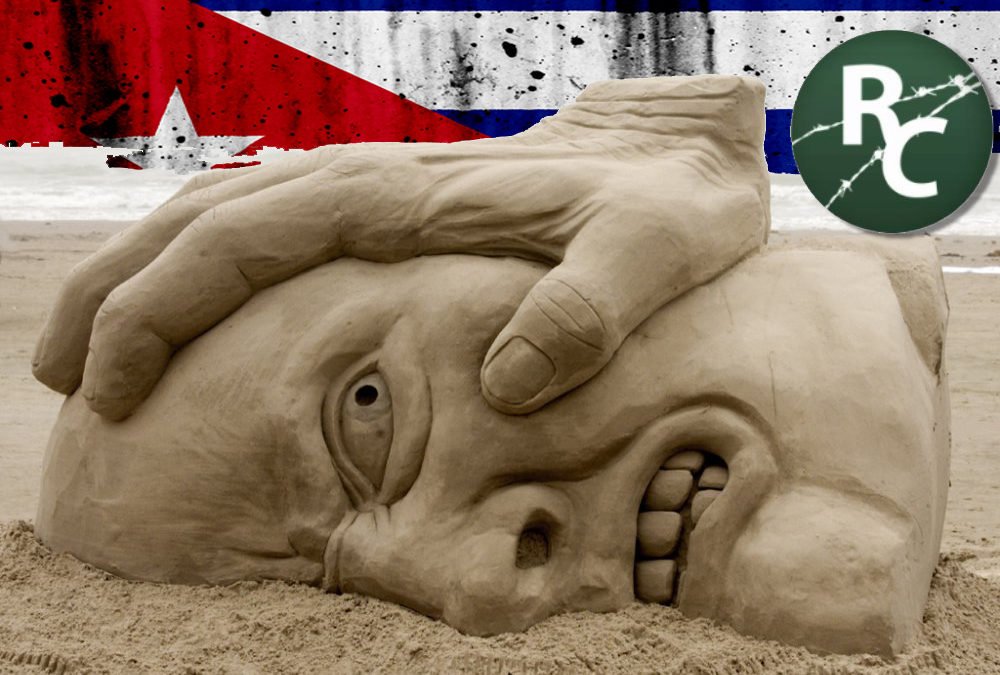 Facilitated by various reporting programs such as the one created three years ago by the Foundation for Human Rights in Cuba (RepresoresCubanos.com), it is noted that there has been a change in the way the victims on the island react to their repressors. Now, empowered by digital technologies and the existence of several programs to denounce repressors abroad, citizens switched their focus from complaining about their plight to identifying and denouncing their victimizers.

This new reality and the individual consequences that, if identified, may suffer the repressors and their close relatives, led to a change in the repressive methodology of the Cuban regime.

What are the alternative methods?

Blocking traveling abroad for events or trainings (the so-called “regulated” travelers). From May to November 2019, the Patmos Institute documented 210 “regulated” citizens, a condition that is generally communicated to them when they are already at the airport and ready to depart.

Adopting administrative measures against people who are not active members of opposition groups, but who are considered critical of the regime. To this end, they increase the use of white-collar repressors in organizing expulsions from work centers or suspensions of self-employment licenses. Civil servants of low or medium level are hard-pressed to assume responsibility for the assassination of reputations and the ensuing penalties. The most relevant case in recent months was that of art historian Omara Ruiz Urquiola, a brilliant professor at the University of Havana’s Higher Institute of Design who refuted all the alleged pretexts to expel her. Her unpopular dismissal was endorsed in an article by the First Deputy Minister of Higher Education Martha Del Carmen Mesa Valenciano, alleging that «Those who do not feel themselves as activist of the revolutionary politics of our Party, defenders of our ideology, our morals, our political convictions, must give up being university professors».

Hold up activists inside their homes, thus canceling their meetings and other activities. This method has been systematically used against the Ladies in White and other opponents for the last two years, but it has been increasingly applied against journalists such as Luz Escobar of the independent digital newspaper 14ymedio. A State Security agent who identifies himself as Ramsés has warned Escobar three times that if she steps out of her building she will be arrested. Such extrajudicial house arrest against the reporter, who has no pending cause with the Cuban judiciary, is a repressive novelty that seeks to annul the activities of critics and dissidents without having to drive them to a police station or enter a police record.

Making up common offenses cases to justify prison sentences of opposition leaders or prominent figures of the independent civil society. After paying a heavy price for the severe convictions dictated in 2003 against 75 opposition and human rights activists and independent journalists, librarians and trade unionists, under the crimes against State Security and Gag laws, now the political police is building these cases by distorting the political militancy of the accused. This was how the independent journalist and lawyer Roberto Jesús Quiñones Haces was sentenced to one year in prison for Disobedience and Contempt, after he tried to cover the trial of two Evangelical pastors and was instead arrested and beaten outside the court. Now the leader of the Patriotic Union of Cuba, José Daniel Ferrer, one of the Black Spring’s 75, is expected to be prosecuted for the alleged kidnapping and beating of a citizen.

Offering objectionable people pacts or ultimatum to leave the country, threatening them with greater repression if they stay. In two consecutive arrests this November, the leader of the United Anti-Totalitarian Front (FANTU) and 2010 Sakharov Prize of the European Parliament, Guillermo Fariñas, has been invited to go into exile ─which Fariñas has refused─ or else be imprisoned later.

In these circumstances, FHRC proposes:

1- To enhance the population and the political opposition knowledge  on how and where they can denounce their repressors;

2- To persuade repressors of any type and rank that being included in one of the multiple databases of Cuban repressors, such as FHRC’s, can cause them and “their close relatives”, as defined in US regulations, to not receive visas or family remittances from the US. According to the US Treasury’s Office of Foreign Assets Control (OFAC), the affected close relatives include every person related to such individuals by blood, marriage or adoption until the third generation.

3 – To adopt more measures that effectively neutralize the impunity of the Cuban government’s repressive actions.

Recently, opposition activist Adriano Castañeda Meneses was the victim of a peculiar aggression in the city of Sancti Spíritus by violent repressor Wilfredo Segundo Rodríguez Liriano, already in FHRC’s RepresoresCubanos database. The reason for the attack was that Castañeda Meneses denounced Rodriguez on his Facebook profile, including photos. In addition to publicly shaming the abuser on the Web, Rodriguez complained to Castañeda that now he would not be able to emigrate to the United States.

Read our lips, Cuban repressors of all sorts: In a free Cuba, you and your family members not being able to emigrate to the United States could be the lesser of your tribulations.