Hannukah without the kippah? Cuban State endorses anti-Semitism and blames the victims 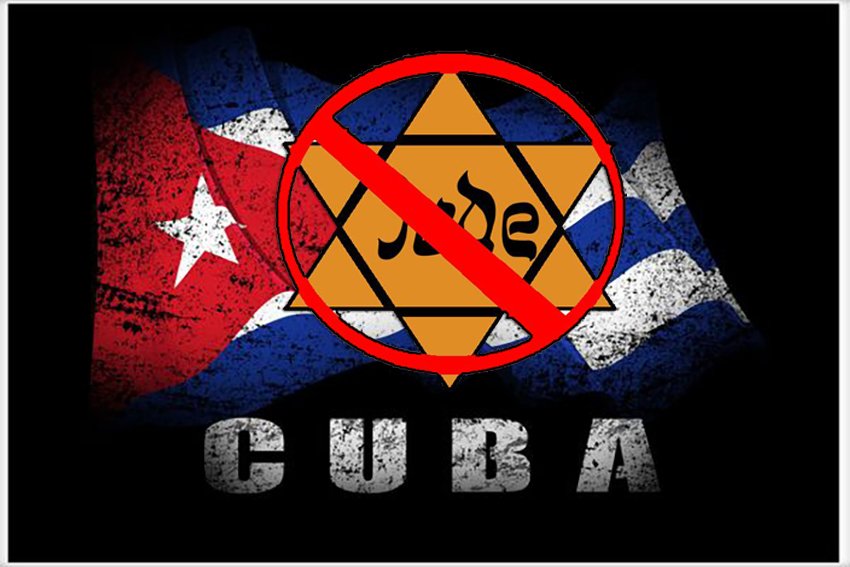 Hannukah, the annual celebration of the rededication of the second temple in Jerusalem in 195 B.C., began throughout the Jewish world this Sunday December 22nd.

Freshly lit candles illuminated the windows of Jewish families from the Promised Land to the most remote corners of the diaspora. Former Judeo-American contractor Alan Gross, who served five years of a 15-year sentence in Cuba for trying to connect Cuban Jewish communities to the Internet, was able to celebrate with his own, we are not sure if at his Washington DC home in or in Tel Aviv, where he settled with his wife Judy as they fullfilled the long-awaited Aliyah, or return to Israel.

“I hope none of us will ever forget those who are still hostages in a foreign land,” Gross wrote on his Facebook profile on the fifth anniversary of his release.

This Hannukah a less notorious Jewish family is a victim in Cuba, with impunity for the perpetrators, of serious violations of their religious rights.

In a series of anti-Semitic acts that remind us of those that led to the Holocaust in Germany, 12-year-old Liusdan Martínez, son of a family from the Orthodox Jewish Sephardic community of the Bnei Anusim, has been beaten and called “F…ing Jew” by three students of the “America Latina” middle school in Nuevitas, Camagüey, where he studies 7th grade. The reason for the bullying has obviously been that Liusdan attends school covering his head with a Jewish kippah.

Far from taking action against the abusers ─whose parents, according to Liusdan’s family, are members of the Ministry of the Interior─ a school commission accused him of challenging them and disallowed him to atten classes wearing the kippah. We have the names of the members of the school commission:  Osdeily Hernández, Daynellis Morejón, Yusimary Valdés and María Teresa Hernández. Mind you: you will be exposed on FHRC’s gallery of abusers, RepresoresCubanos.com.

In Orthodox Judaism the kippah or another form of head cover is a mandate of the Talmud (the rabbinical book of Jewish law) that states: “Cover your head so that the fear of God may be upon you”. (Shabbat 156b). If a gentile visiting Israel wants to approach the Western Wall (or Wailing Wall), the only part of the Temple that was not destroyed by the Romans in 70 A.D., must do so by covering his head with a borrowed kippah.  That illustrates how mandatory it is.

As mandatory as circumcision, which was ordered by God to Abraham in Genesis 17:4-14: ” And ye shall circumcise the flesh of your foreskin; and it shall be a token of the covenant betwixt me and you (…) And he that is eight days old shall be circumcised among you, every man child in your generations (…), And the uncircumcised man child whose flesh of his foreskin is not circumcised, that soul shall be cut off from his people; he hath broken my covenant”.

Yet also the circumcision has been the subject of intolerance by the authorities towards the Bnei Anusim,  says Baptist Pastor Mario Félix Lleonart, who was himself a victim of rights violations in Cuba and now monitors religious rights on the island from exile: “As they were performing a circumcision of their children at Camagüey’s Pediatric Hospital, they disrupted their prayers, and threatened to expel them from the hospital, including the children, without regard to the fact that they had just undergone  surgery.”

Pastor Lleonart points out that not only this religious minority ─especially in Jiguaní, province of Granma, and Nuevitas, Camagüey─ is subject of harassment in Cuba;  also others that have never been legally recognized, such as the Messianic Jews, the Berean Baptists, Jehovah’s Witnesses, the Free Yorubas of Cuba, the Apostolic Movement networks, the Rastafari Organization Cuba House, and the Cuban Association for the Dissemination of Islam.

In the case of Orthodox Jews, Pastor Lleonart adds, “they are subject of anti-Semitic acts, especially by mocking their clothing, beards, and other religious attributes (…). When they complain to the authorities they are told that the harassment of which they are victims surely comes from ‘people’ who have different religious beliefs.”

The Cuban Constitution adopted this year states in its article 15 that “The State recognizes, respects and guarantees religious freedom” and that “Different beliefs and religions enjoy equal consideration”. Article 42 states that no one should be discriminated against on the basis ─among other reasons─ of their religious beliefs.

During his captivity in Cuba, Alan Gross had the solidarity of powerful Jewish and human rights organizations, and even received visits from Havana’s Hebrew Community, the country’s largest Jewish association. The same type of high quality support should help strengthen the faith of Liusdan Martínez’s family, while they celebrate this year’s Hannukah in Cuba at the mercy of anti-Semitic hatred,  endorsed by a State that drafts and approves constitutions and laws and then only enforces them when it believes it can make some profits.

Editor’s Note: As we were concluding this editorial we learned that the Municipal Prosecutor’s Office in Nuevitas, province of Camagüey, threatened to incarcerate Olaine Tejada and Yeliney Lescaille charging them with a crime of Other Acts Against the Normal Development of a Minor. They are defending the right of their child, Liusdan Martínez, to attend school wearing the kippah. Here’s the text of the warning:

Under the powers established by Law 87 of the Office of the Attorney General of the Republic, the undersigned Prosecutor, in charge of the protection of children, warns parents Olaine Tejada Beltrán and Yeliney Lescaille Preval, who represent their minor son Liusdan Martínez Lescaille, about their obligation to ensure his good behavior and cooperate with the appropriate authorities to overcome any situation or environment that influences or may adversely influence his education and development as established in article 85 of the Family Law, otherwise, they may incur in a crime of Other Acts Against the Normal Development of a Minor, as prescribed in Article 315 of the Criminal Code, and the obligation to provide food as established in Article 121 of the Family Code

According to the aforementioned warning, if this threat against Tejada and Lescaille comes true, they could be sentenced from three months up to one year in prison:

ARTICLE 315. 1. Anyone who does not attend or neglect the education, support or assistance of a minor who is under his or her custody or care, incurs a penalty of deprivation of liberty from three months to a year or a fine of one hundred to three hundred quota, or both.