Latest X-ray of the Cuban Gulag 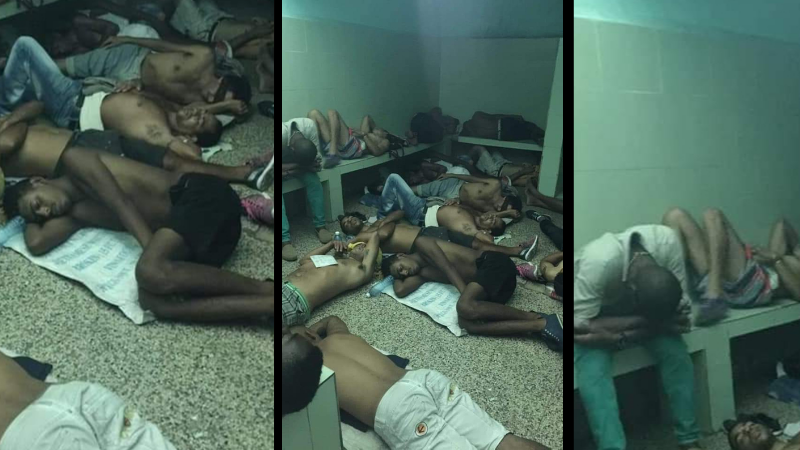 For decades, even after the issue of human rights abuses in Cuba fell under UN scrutiny in the 1980s, prisons on the island have remained, with rare exceptions, closed to impartial observers neither foreign nor domestic.

“Our country will not accept monitors. Amnesty International will not enter Cuba,” said last year Pedro Luis Pedroso Cuesta, Cuba’s ambassador to the United Nations in Geneva, at a session of the Human Rights Council dedicated to the Universal Periodic Review of Cuba, referring to the numerous requests made by this organization specialized in prisoners of conscious to visit the Caribbean country.

Faced with this refusal, specific complaints smuggled out from prisons or information provided by their relatives, and compiled and sent abroad by courageous activists, have been mostly the sources for international organizations and special U.N. Human Rights entities to reconstruct the hellish picture of torture and beatings, denial of medical care, inhumane punishment, and solitary cells, among many other violations of international standards on the treatment of prisoners.

Now an alliance between Cuban independent lawyers  (Cubalex) and the Foundation for Human Rights in Cuba, has made an important contribution to unveiling this hell.

The recent report “Situation of Detainees in Cuba” is the result of consultations with 84 Cubans who are detained or serving sanctions in 42 prisons in 13 out of the 15 provinces in which the country is currently divided.

Although Cubalex is not given access to prisons and is not able to consult medical or judicial records, a network of activists within Cuba contacted the inmates directly by telephone and gathered information through their relatives. The information obtained is the most comprehensive and methodical sample to date in the bulging dossier of these abuses, committed for decades under the guard towers, wire fences and the impunity granted by the regime to its abusers.

It is sometimes said that two or more deeds can be considered a pattern and this research demonstrates the pattern of Cuba’s mistreatment of prisoners with a critical mass of testimonies: the systemic use of torture and ill-treatment in the prison system; the aberration of the penal code which is the so-called preventive incarceration for potential dangerousness (punishing people with up to four years of imprisonment for what they may do and not for what they have done); the general absence of procedural safeguards; and the terrible living conditions in the Cuban Gulag (overcrowding,  decomposed food,  infernal heat, delay or refusal to medical care, and many others)

The numbers are overwhelming.  For example, 100% of respondents reported receiving some punishment or sanction that they considered an act of torture, and 91.4% reported being beaten in different variants (punches, kicks, slaps, with rubber batons, sticks, tubes, hoses, etc.). Sixty eight per cent said they did not receive medical assistance after a beating; 16% said they were left with damage such as: paraplegia, temporary affectation of vision, mobility and headaches.

The report has already been submitted to the Inter-American Commission on Human Rights of the OAS , with a request to refer it to the UN Committee against Torture.  Thus it is expected to be included for consideration during the next Periodic Universal Review of Cuba at the Committee for Human Rights of the UN.

If it comes to be heard at the forum in Geneva, it will be better understood why the government of Havana, in defiance of internationally accepted rules and procedures, is flatly refusing to let Amnesty International or the International Red Cross or any other international human rights “monitor”, into the island and its prisons regardless of how professional or impartial their work may be.