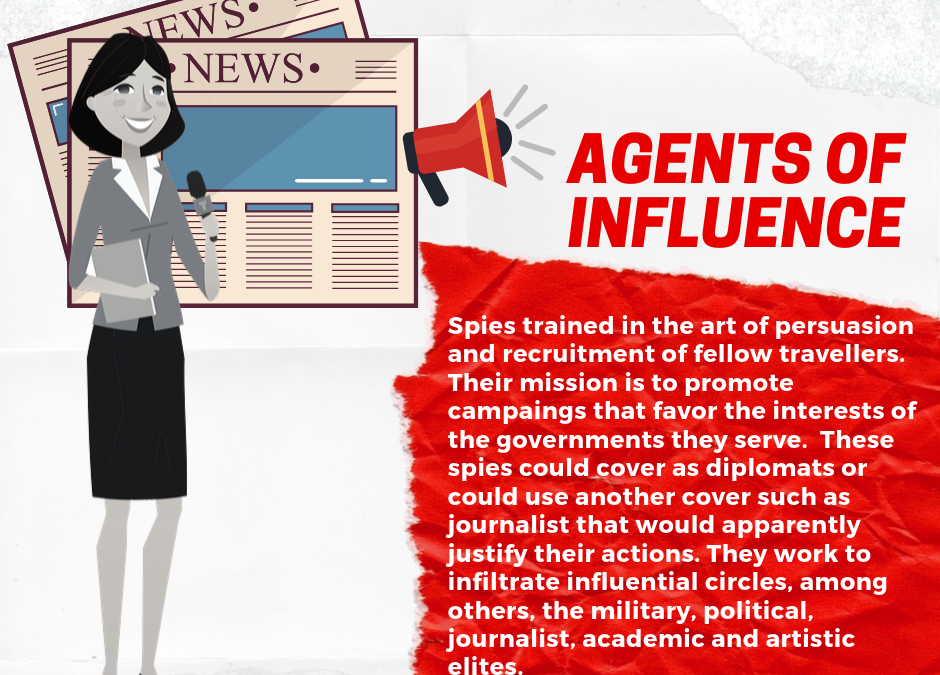 The recent expulsion of two accredited Cuban diplomats to the United Nations headquarters in New York has novel features.

In the long confrontation between the United States and Cuba, Cuban diplomats for the first time are not sanctioned for espionage, or as an equivalent response to the expulsion of US diplomats to the island. The accusation is to engage in “influence” activities that are detrimental to America’s interests. And while the measure can be interpreted as part of the growing bilateral tension that has led to Cuban interference and intervention in Venezuela, it should not be considered more of the same.

The order to leave U.S. territory was accompanied by another supplementary sanction: the restriction of movements to the island of Manhattan, thus a measure that existed for Cuban diplomats in New York for much of the Cold War was reinstated.

This second additional sanction sends a message: the work, whether of espionage or influence, will not be facilitated to Cubans accredited as diplomats to the United Nations, by allowing them free movement throughout the territory of the Union.

Expelling diplomats from a hostile country for acting as agents of influence is not “more of the same” and, in fact, marks a milestone among open societies. War against democratic societies by regimes such as Cuba is not restricted to the military or economic field. It’s total. For a totalitarian regime it is a priority to sow narratives within the population, and among enemy elites, that would weaken their convictions and institutions, inducing them to make foreign and domestic policy mistakes. A good example is the case of Ana Belén Montes. 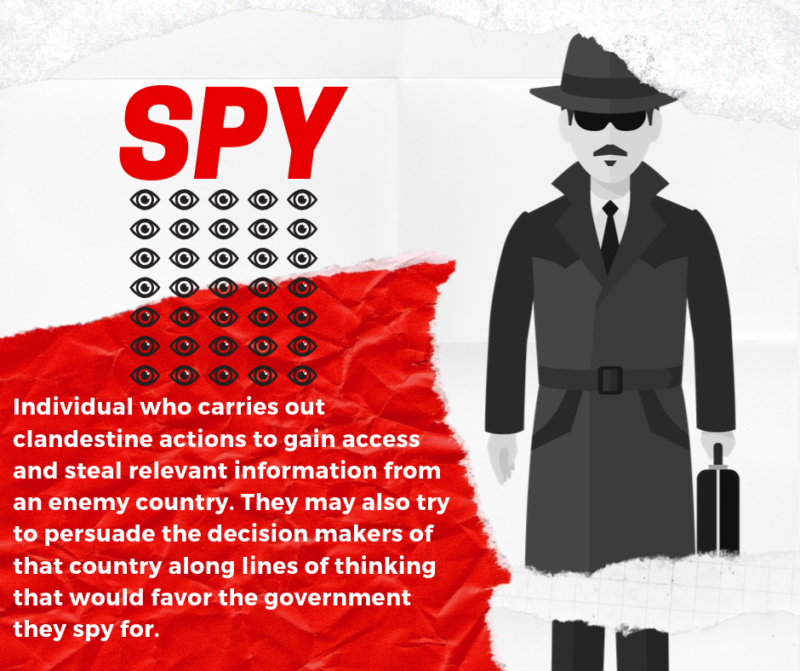 Spies and agents of influence

The most effective, harmful and longest-impact work of the prominent spy Ana Belén Montes was not to steal classified information from the Pentagon. From her position as an intelligence analyst, her greatest success was to sow in that institution, as well as in the intellectual and intelligence circles where she operated, a benign perception of the Cuban regime.

The central idea of that work was to spread the conviction that the Cuban regime did not pose any threat to US security.

There are still those in the US who assume that Cuba poses no danger to national or regional security, except the possibility of provoking a disorderly and massive exodus. Those who believe that falsehood came to the conclusion that Washington must help stabilize, not overthrow, the regime on the island. That premise was successfully sold to the Obama Administration. “The important thing is to stabilize them”, one of the architects of the so-called bilateral “meltdown” was heard saying.

For six decades, Cuban espionage has identified and co-opted “fellow-travelers” and “useful fools”, not only among the military, but also in universities, publishing houses, journalists, artists, and any sector with the ability to multiply their messages and shape the perceptions of decision-making circles and the general public. And, except when they have been openly sown or co-opted directly by a Cuban intelligence officer, neither of them were aware of how much their ideas on issues that are highly important to the Cuban regime were rigorously planned and manipulated from a pre-established criteria. 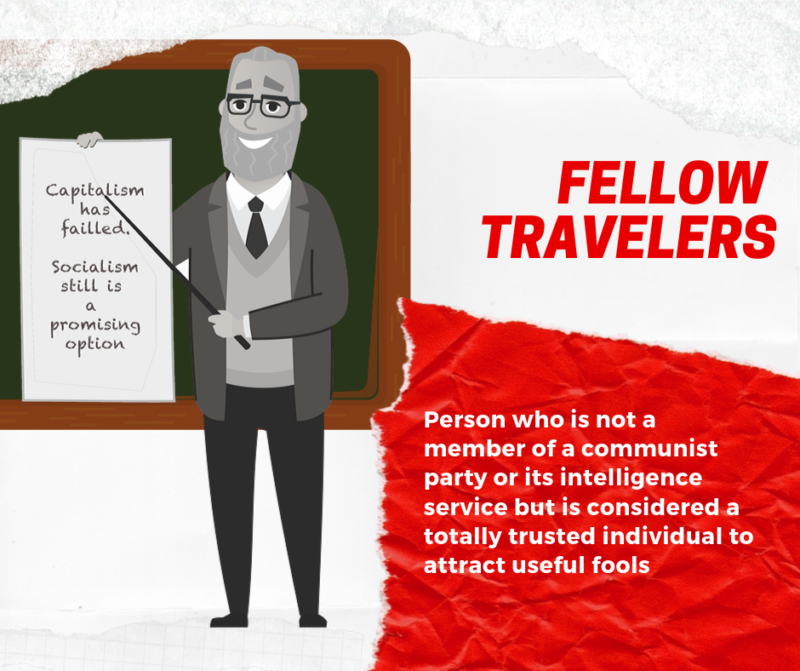 From the Comintern to the Narco State

This subversion art and strategy emerged in 1919 at the First Congress of the Third Communist International held in the USSR. The Communist parties and their intelligence services have been used ever since. The departments of ideology and international relations of the former elaborate the general propaganda directives, while the latter expand them by including their operational methods to direct the clandestine apparatus responsible for carrying out the work of influence in other countries.

It was Willi Munzenberg who established the hierarchical division of influence work that includes propaganda, reputation killings, building what we now call fake news and more. Agents engaged in the work of influence are a formal part of an intelligence apparatus, whether they have immunity because they use a diplomatic status as a cover-up are diplomatic, or area sown as clandestine agents in some profession that makes it easier for them to reproduce the narratives that they are oriented to disseminate. On the other hand there are those people who are manipulated by such agents of influence: the so-called fellow travelers and the mass of “useful fools”. 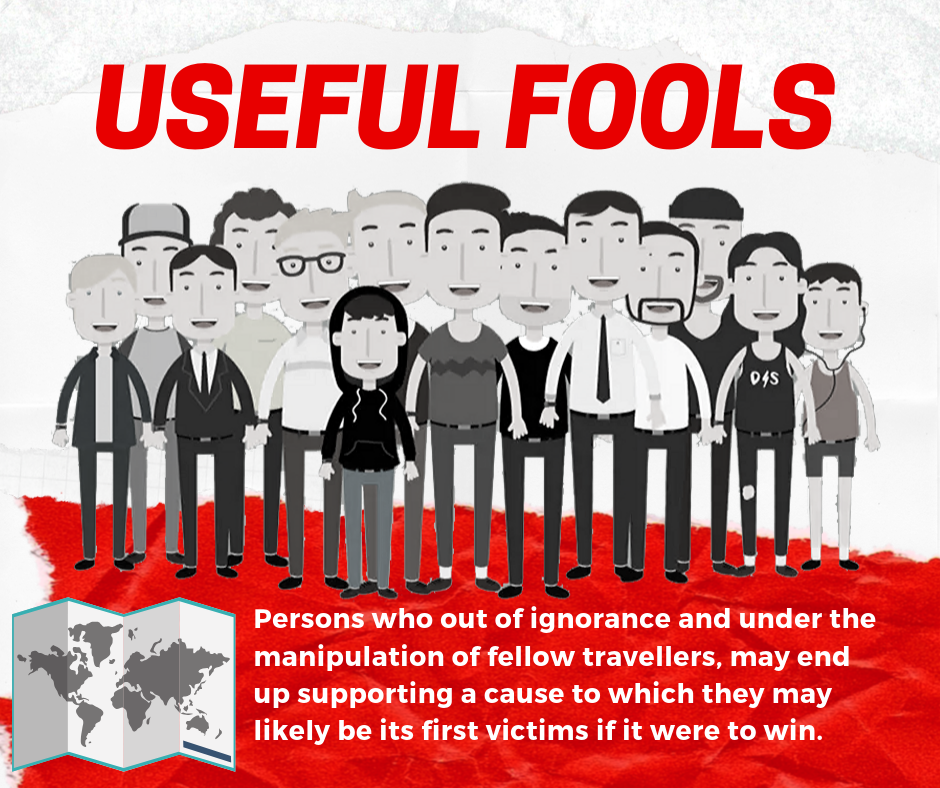 It was also the organization to develop the work of influence: a thick network of publications, bookstores and groups of writers, journalists, artists, academics and others operating as cobwebs to attract Unwary. At the proposal of the commission of the organizations, these organizations were christened with “innocent” and attractive names such as the Committee for Peace and Disarmament, the Solidarity Association or the Youth Festival. He always insisted on the importance of the participants in these groups never knew that they were puppets of a plan beyond their control.

In this new era in which states and terrorist groups expand the recruitment of “useful fools” using the internet and other public spaces, democracies are obliged to establish clear limits that allow them to preserve their safety. Especially when some totalitarian states of the Cold War have mutated into modern criminal coalitions—such as happens with Cubazuela— that has developed and implements a conception of total, asymmetrical and permanent war, in which sowing narratives in enemy countries is an essential weapon.

In an open society citizens may freely choose its own believes, but should be warned and protected from the hidden forces that sometimes are attempting to manipulate them for the exclusive benefit of the enemies of freedom.