Without A Castro In Power, Will Cuba Change? 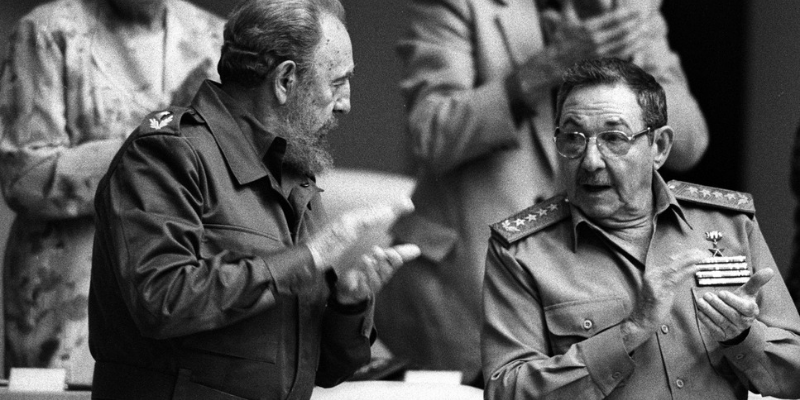 After Raul Castro announced the death of Fidel Castro in 2016, the world held its breath, awaiting what would happen next in one of the world’s remaining Communist countries. Fidel had been in power for nearly 50 years, taking over as prime minister in 1959, becoming “president” in 1976 and resigning in 2008 – a year and a half after falling seriously ill.

When Raul assumed leadership after his brother’s retirement and eventual passing, he re-established diplomatic ties with the U.S. and legalized numerous private microbusinesses–as long as they did not pose competition for state monopolies.

This move was of limited benefit to the Cuban people, as their new “freedoms” were only permitted under the strict confines of a communist structure.

The Castro brothers are certainly a notorious family regime in the scope of history, leading a revolution just to establish the longest dictatorship in Latin America. But now, without their leadership, will Cuba drastically change? The answer is no.

After Raul Castro stepped down and Miguel Diaz-Canel Bermúdez was sworn into leadership in 2018, he addressed the nation with promises to preserve Cuba’s communist system while gradually introducing new reforms. This transition to Diaz-Canel, who was not born when Fidel came to power, represented a generational transition. He’s inherited a huge legacy to uphold, and Canel is still surrounded by leadership who’ll keep him preserving the same corrupt system. The hands on the levers of power, while shifted, will remain the same.

While Raul has officially stepped down, he will remain the head of Cuba’s two most powerful institutions: the Revolutionary Cuban Armed Forces (which he founded), and as First Secretary of the Communist Party, the most senior position in the socialist state.

Other Castro relatives also remain decisive power players on the island. Family members run vital intelligence services, domestic security for the army, and manage state businesses–all part of the inner circle who tirelessly defend the Castro dynasty. And while they’re seemingly there to support Diaz-Canel, they’re ultimately there to protect the Communist state, pushing for it to keep with past traditions instead of progressing to meet the needs of their constituents.

Castro’s leadership has been met with skepticism by many, as constituents are doubtful of how much change Diaz-Canel will ultimately be able to implement. He’s stepping into power in a critical time for the island in regards to economic reform and is surrounded with leaders supporting a powerful legacy and years of tradition.

Although some Cubans may have expected Díaz-Canel to use a new approach to governance, seeing if he would stray at all from the Castro’s legacy, few truly expected to see radically new content in his policies.

Despite whatever power Díaz-Canel might have in his role as a president, he will continue to perpetuate the implementation of Raul’s politics and follow the Communist Party’s line, as he’s done his entire career. Raúl has stepped down from the presidency, but his influence still remains in power.

FHRC is dedicated to helping raise awareness of Cuba’s inhumane regime and their dire need for a reboot in government structure. We seek to empower human rights defenders and activists who are passionate about working for change in Cuba through non-violent means.

Donate today to support efforts towards an actual transition to a free and democratic Cuba!

With your help positive change is possible!