Is Cuba a Democracy or Dictatorship? A Modern Analysis 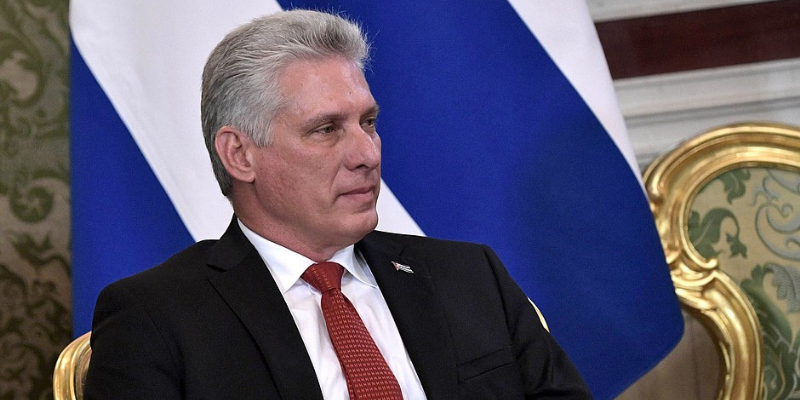 On April 2018, Miguel Díaz-Canel became Cuba’s new president after six decades of oppressive rule by the Castro family, but it is still politics as usual on the island.

According to BBC News, Díaz-Canel became president in a handover by Raul Castro. There was no real participation from the Cuban people in the election process. The new president has already promised to preserve the island’s one-party system and Raul Castro remains in control of the government’s direction as the leader of Cuba’s Communist Party.

It is clear that the government in Cuba will continue being a dictatorship as it has been under the Castro brothers. Let’s take a closer look at how Cuba’s current system contrasts a democracy.

The Communist Party of Cuba (PCC) considers itself to be a “democracy of the people” but it has nothing to do with democracy because it gives the Cuban people no real choices in electing their leaders. The PCC outlaws any other political party. Anyone running for office must be part of the Communist Party and the electoral process is intentionally murky.

Cuba’s president is supposedly chosen by the National Assembly, whose members are selected by government-designated commissions and vetted by top leadership. All the public can do in the process of nominating National Assembly members is to vote to approve or reject the candidates that have already been pre-selected.

NBC News explains that it is no coincidence that each one usually “receives” at least a 95 percent approval rate. This process is a thinly veiled sham since the National Assembly just does whatever the island’s executive power wants.

According to the Chicago Tribune, the assembly approves all executive branch proposals by margins of 95 percent or more. For example, in this last election for president, it is widely known that Miguel Díaz-Canel was Raul Castro’s clear choice for a successor and the National Assembly just went along with his choice.

Diversity of Political Ideas and Representation

There is no room for diversity of political ideas in Cuba’s one-party system.Therefore, there is no real way for people to make informed decisions – even when voting on a basic level.

Cuba’s Communist Party is the only legal party on the island. As such, any other group seeking to assemble independently is considered illegal and punished with violence or imprisonment.

Cubans are not afforded the most basic civil liberties. All media is controlled by the government and therefore only report Communist propaganda. Cuba’s press does not serve as a check on the government’s power.

down. Internet access is more than seven times more expensive than in the U.S. and 25 times pricier in Haiti. It’s of bad quality, and still not easily accessible to the Cuban people, even after some hundreds of public hotspots were installed throughout the island. Connections remain spotty and incredibly slow.

Limiting the right to gather and assemble is also one of the main ways the government controls Cuban citizens. Security officers and paramilitary thugs are known to routinely break up peaceful protests or gatherings of anyone known to be in opposition. Neighbors are also encouraged to spy on one another and to report any suspected behavior against the state.

Even freedom of religion faces its obstacles on the island. Churches face constant pressure from the government. In 2018, certain Christian churches on the island were pressured by the Communist Party to persuade members to vote “yes” on the referendum for a new constitution being pushed by the Communist regime. Clearly, there are no boundaries the government in Cuba will not cross in order to continue oppressing its people.

Effectiveness of the Rule of Law

The Cuban people cannot rely on their court system to uphold laws and protect them. They cannot benefit from fair and public hearings or to be tried by an impartial jury of their peers.

The Council of State controls all of the courts in Cuba and their decisions always align with the interests of the Communist Party. Cuba’s people cannot count on due process. Dissidents can expect to be prosecuted under vague charges such as disrespecting authority and creating public disorder. The so-called “dangerousness laws” allow authorities to send any person to jail to 4 years even when no crime was committed.

Cuba’s prisons are also known to be crowded, contain poor sanitation, and use forced labor. Torture committed by guards is common practice. Prisoners are punished if they do not meet strict work quotas. Nothing about Cuba’s laws and how they are enforced is fair or helpful thanks to the Communist government.

Those who denounce the government or take part in hunger strikes and other protests often must face extended solitary confinement, are denied medical care, denied family visits and are subject to violent actions.

Lastly, a Cuban’s right to choose how they live their personal lives is also closely restricted. Even the art they purchase or have commissioned must be approved by the government first. President Díaz-Canel signed Decree 349 in April 2018, which established far-reaching and vague restrictions on artistic expression.

Under the regulation, Cuban citizens who hire artists for creative services without proper authorization are subject to sanctions and punishments. Both the buyer and commissioned artist face punishment under this draconian order.

Under present regulations, Cuban citizens who hire artists to provide private services without authorization are subject to sanctions and punishments, including the instruments of the artists and even the homes of the persons involved.

While some restrictions on starting small businesses were lifted in December 2018, this was just a smokescreen for more control over new companies. Longer waits for authorization, more bureaucratic procedures, and increased government controls have essentially stalled small businesses from actually being able to take off meaningfully for Cuban entrepreneurs.

The ability for Cubans to move and work where they please is also severely restricted. A citizen seeking to move to another town or city must first seek government permission or risk being sent back to their place of origin.

A long list of thousands of Cuban citizens are also blacklisted by immigration and prevented to freely visit the country where they were born.

How You Can Help

The Foundation for Human Rights in Cuba (“FHRC”) is a 501(c)3 nonprofit organization established in 1992 to promote a nonviolent transition to a free and democratic Cuba.

We sponsor the following programs through donations from supporters around the world:

FHRC feels a profound responsibility to support and empower Cuban civil society in its efforts to nonviolently transition to a free and democratic Cuba. Help us “be their voice” in Cuba by donating to a program of interest for you today!