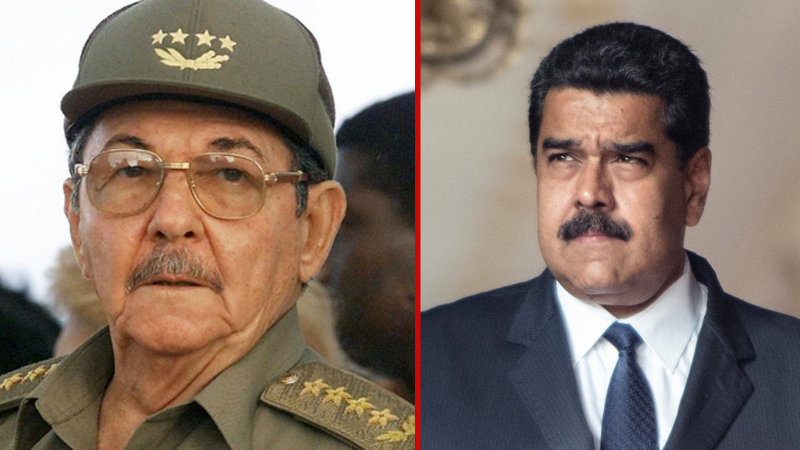 Cubazuela’s recent diplomatic strategy for giving oxygen to the Maduro regime was built upon several foundation points:  the complicities of the European Commission’s High Representative Federica Mogherini; Pedro Sánchez’s PSOE in Spain; AMLO in Mexico and the Government of Uruguay.  Together they have worked with Havana on a containment strategy that takes away the possibility of humanitarian intervention and ensures that any sanctions are more symbolic than effective.

Yet this scaffolding required some scenarios designed to make believe that 50 percent or more of Venezuela’s problems stem from the “stubbornness” of the opposition and the “cruelty” of external sanctions.  To support these falsehoods, a “dialogue in Oslo” was called up.  On the other hand, they expected a “neutral” report on Venezuela from the UN Commission on Human Rights that would expose as culprits foreign sanctions and the internal political opponents requesting them.

The Venezuelan opposition knows, from its own experience, the futility of any pretended “dialogue” with the dictatorship.  But it couldn’t hand over to the Maduro regime the image of stubbornness it sought to vilify them.

When a dictator accepts to dialogue he thinks, first and foremost, about buying time, projecting a constructive image and using it to divide his interlocutors.  The leaders of Venezuela’s opposition are no fools though. They are well aware about it.  Going to Oslo was a calculated risk, even though a risk after all.  And, by the way, a very high one. Nonetheless, they decided to take it.

Cuba’s face-washing diplomatic strategy did not grant, however, the leeway sought by international appeasers.  The purported dialogue in Oslo became preliminary talks on a single topic: Maduro’s departure.  And the idea of opening Venezuela’s doors to a visit by the UN High Commission on Human Rights ended up making the negative perception on the regime even worse.

First, Guaidó turned things upside down.  He agreed to meet and talk—which is not the same as to dialogue or negotiate—in order to project his own constructive image, as well as to study the contradictions and weaknesses of his counterparts throughout such talking exercise.

Havana’s second mistake was to believe that leftist stalwart Michelle Bachelet would control and veto the findings of the report drafted by her Commision’s experts, aligning them in the end with what Havana needed.   Confronted with a devastating report though, Bachelet could not do that without assuming personal responsibility for the exoneration of the Maduro regime. That was too much to ask of her.  Thus, that second winning card of Cuba’s diplomatic strategy backfired and exploded.

Even worse, the spilled blood of Venezuelans documented by the report now splashes and falls inevitably upon Havana. Castro was always an accomplice and an active part of the human rights violations now verified by the United Nations Commission.  Crimes in Venezuela are also crimes of the Cuban regime.  The balance is clear. Cuban diplomats and their agents of influence abroad failed to buy more oxygen to extend Cubazuela’s life.  The United Nations High Commission report looks more like a pre-certificate of death.