Who is really impacted by the suspension of Cruises to Cuba? 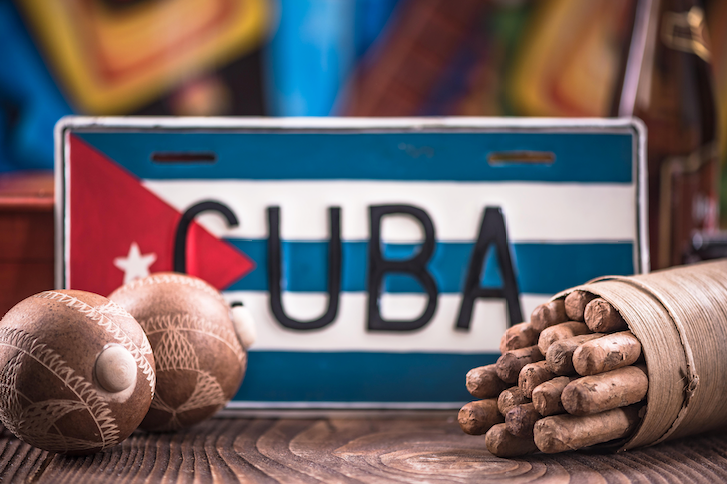 Since the times of President Kennedy, as a way to isolate the communist government of Cuba, it has been prohibited for Americans to travel to the island. And although different administrations have either alleviated or hardened restrictions on the matter, pleasure travel to Cuba has been unlawful ever since.

Then came Barack Obama: abusing his executive authority, he disguised American tourism to Cuba as “people-to-people contacts.” He also ensured its massiveness, among other generous, unilateral and hastily implemented concessions to Raul Castro’s regime, by authorizing big U.S. cruises to the island’s ports.

As USA Today reported last week, since its inception in May 2016, “cruise travel became the most popular form of leisure travel from the United States to the island, with a total of 142,721 people in the first four months of this year, for an increase of more than 300% over the same period last year. ”

As for the “people to people“ contacts, these were in fact limited to taking the American “non-tourists” to places like the Museum of Rum, the Partagás cigar factory (so that they did spend their Obama authorized limit of $ 100 in alcohol and tobacco products) or to tell them, in the Bay of Pigs or the Museum of the Revolution, the fable about the small, besieged Caribbean country. If afterward they wanted to take a dip in Varadero Beach, it wouldn’t be the Cuban government who would prevent it.

After the Trump administration announcement on the cancellation of cruises and “people to people“ trips to Cuba, some Castroist mouthpieces are complaining again that the Americans’ rights to travel where they wish and help the Cuban people are being denied. Actually, who in the world did these trips help?

According to estimates by John Kavulich, director of the Cuba-United States Trade and Economic Council (USCTEC), an organization that has monitored relations in that field since the early 2000s, Obama’s openings to Cuba represented about $ 12 billions for Castro, even more than what Venezuela paid him at its best for Cuban professional services.

Before the Cuba cruises started Kavulich estimated that the gross income per season for Havana would total $ 80 million, not counting the travelers’ purchases of souvenirs, snacks, meals, tips, etc. that would add up to $ 16 million more.

Yet, in his first balance, a year and a half later, the analyst estimated that from June 2016 until the end of 2017, U.S. companies revenues related to Cuba travel reached $ 720 million, while the potential contribution of travelers and U.S. travel business to Havana was close to $ 1 billion.

On the ground, visiting Cuba was framed in tightly controlled itineraries in which “the Cuban people” was a mere spectator from the sidelines. The “boteros” or private taxi drivers, for example, were not allowed to pick up cruise passengers at Havana’s Avenida del Puerto. The whole, off-limits circus was orchestrated with clowns and illusionists deemed loyal to “the revolutionary process”, after being vetted by Cuban tourism companies like Gaviota and Habaguanex, which are in fact tentacles of the military-business octopus Grupo de Administración Empresarial, GAESA, created by Raúl Castro.

The cruise industry now calculates that the new ban on U.S.-based companies to enter Cuban ports will affect some 800,000 reservations. In his first estimate, Kavulich pointed out that the spending average per person per port in Caribbean cruises was US $ 75.00. But by Obama’s work and grace, the Americans, even until today, can return from Cuba with up to $ 400 in merchandise. You do your math.

Even after the cancellation of the  “people to people“ trips Americans still have many legal avenues to travel to the island, among them: family visits; government affairs; journalistic, (properly) educational, religious, and research activities; academic events; support for the Cuban people; and humanitarian projects.

If he had gone further and canceled commercial flights to the island, Trump could have deprived the bon vivants at Cuba’s Revolutionary Armed Forces and Ministry of the Interior of an income akin to the one produced by the cruise ships. However, as he did when he set a limit to family remittances earlier this year, taking into account that relatives in the US should continue to significantly help their loved ones in Cuba ($ 330 per quarter, per person, 11 times the average monthly salary), he also recognized this time around that cancelling commercial flights could have a negative impact on hundreds of thousands of family visits per year.

A little over a month after the previous round of Cuba sanctions announced in April, this new turn of screw by the U.S. administration (more might be in the pipeline), sends a clear message to the victimizers not only of the Cuban people , but also of the peoples of Venezuela and Nicaragua: either they remove their repressive machinery from those countries, and they straighten themselves inside the island in terms of human rights, or sooner or later they will have to implement the 90’s total-deprivation Option Zero, then face the wrath of their own people.