How FHRC is Fighting Repression and Defending Human Rights in Cuba 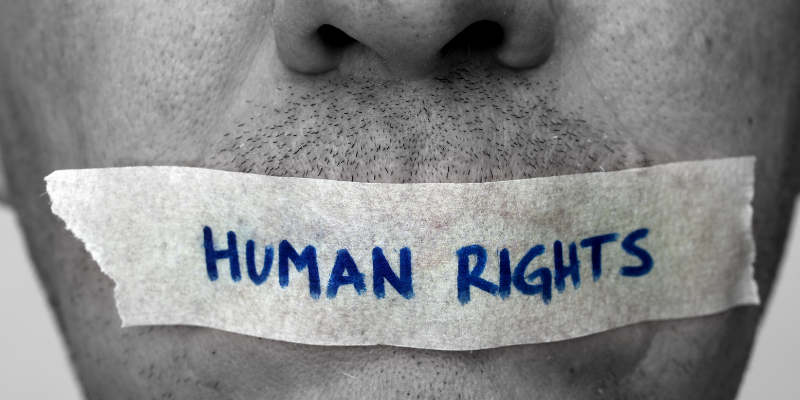 The Cuban government continues to limit the freedom of its citizens and repress fundamental human rights on a daily basis. Ordinary citizens live in fear of being sent to jail for the smallest of infractions, such as not showing enough support for the government.

Cubans are unable to advocate for positive change in their communities due to the oppressive actions of both military personnel and police officers, as well as court magistrates and many administrative officials. Some of these repressors are exported to Venezuela and Nicaragua.

The government’s history of authoritarian control is long and detailed, and the system continues to ensure any attempt to raise a voice for human rights is silenced. Here’s a summary of how Cubans face repression on a daily basis.

And remember – holding these members of the government accountable for their actions is essential in limiting the abuse of power by authoritative figures!

Cuba continues to persecute its own citizens that dare to have any opposing views to the Communist government. Cuba frequently detains the family members of jailed political dissidents, while continually using fear tactics to foster government loyalty.

Many times the oppressive Cuban government labels any victim of government repression as a criminal, and they are forced, sometimes without trial and always without due process, to spend years in sub-standard jails. Unfortunately, most of these human rights violations fail to make international news.

Religious persecution is an all-too-common occurrence in Cuba. Within the past few years alone, more than 1,400 churches were deemed illegal, and government officials destroyed many of these buildings. A church that isn’t aligned with the communist views of the government faces severe persecution. Any church established after 1959 is also considered illegal, which makes it a challenge for believers to gather together and form new churches under such an oppressive regime.

Journalists inside Cuba do not have the freedom to openly speak against the government. Instead, any journalists that write anything negative about the current regime are quickly detained and often experience significant physical and psychological aggression.

Many times their homes are raided, and all of their computers, cameras, phones and other equipment is confiscated. Any articles that cast the government in a negative light is considered “playing the enemy” and is often quickly silenced.

Police brutality is another common occurrence that Cubans must face on a regular basis. Independent writers and human rights defenders are often the target of government officials. Many times these detainees are severely beaten and held for days in jail before being released.

The prisons are always overcrowded, as each prisoner is forced to work 12-hour days and must meet specific production quotas. Anyone that criticizes the government is often put in solitary confinement, denied medical care, and regularly receives physical beatings.

Standing up against the corrupt Cuban government and ending political violence requires strength and courage. The FHRC’s Cuba’s Repressors program was created to expose Cuban authority figures that abuse their power and persecute their own citizens.

The Repressors program gives Cubans the ability to report government abuse of power and provides a comprehensive and permanent database for U.S immigration officials when screening citizenship candidates.

FHRC provides volunteer activists in Cuba the necessary training for this program, donates cameras and smartphones to record all acts of repressive activity, and provides forms to report incidents.

Public postings with the pictures, names, and other relevant information are uploaded to the internet for public access, as they are designed to deter the abuse of government power and improve the daily lives of Cubans.

Activists also receive printers to spread both pictures and information of the repressors in naming and shaming campaigns in their own neighborhoods.

The Repressors program was established in 2016 and has played a key role in driving the government to change some of their repressive tactics, such as reducing arbitrary detentions for political purposes and decreasing the total number of demonstration harassments.

The Cuban Repressors program had placed some important restraints on the traditional methods used until now by the dictatorship. With your support, we can continue to provide recording gadgets, publicity kits, knowledge, and skills training to keep empowering the Cuban people!