THE DRUNKENNESS OF IMPUNITY AND THE DAY AFTER 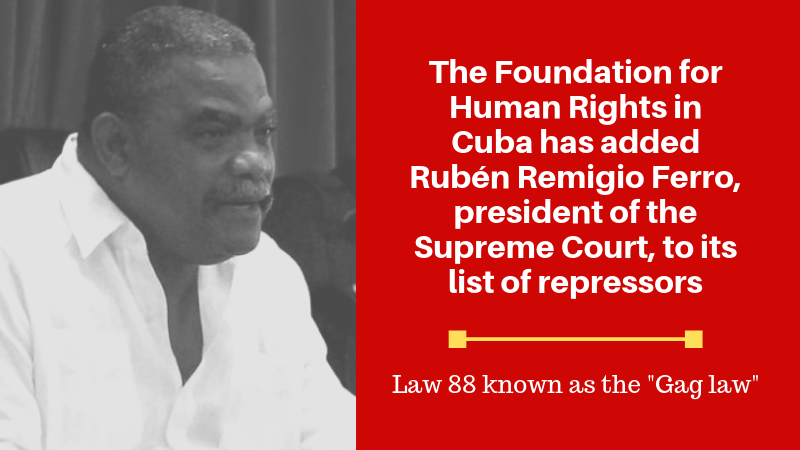 When in February 1999 the one-party parliament of Cuba approved unanimously, as usual, the so-called Law 88, the then director of the independent agency Cubapress, Raúl Rivero, described it as “insulting”.

“We have done this work by our own choice, because we love our country and we want a democracy for our country” added Rivero, one of the most respected journalists on the island, about a legislation that soon became known as the “Gag law”. It established penalties of up to 30 years of imprisonment for those who incurred in supplying, seeking or obtaining information, or in cooperating with media that the Government believed was infringing on the security of the State, allegedly in support of the U.S.  “Libertad Act”, or Helms-Burton.

With that Sword of Damocles over their heads, the independent press continued to work and to expand, eventually becoming an important alternative source of information about Cuba both for Cubans and the world.

In the spring of 2003,  while the world press was focused on the Allied invasion of Saddam Hussein’s Iraq, Fidel Castro ordered the arrest of 75 dissidents and communicators ─ including Rivero ─ 15 for each of five Cuban spies convicted in Miami,  and to sentence them to jail under this Draconian law. The average sentence was 20 years, but some were even longer: 25, 26, 27 and 28.  A few of the 75 were conditionally released in 2004 for health reasons, but most of them served 7 to 8 years in prison in the Cuban Gulag.

Fast forward to May 2019. The eldest of the Castros is already out of the scene due to biological justice. Brother Raul is apparently retired, although he comes out of retirement every time, he believes the issue requires someone to speak with “historical” authority.   Such case aroused in April with the decision of the US administration to end 22 years of presidential waivers on the full implementation of titles III and IV of Helms-Burton, this time around, as a response to Cuba’s military intervention in Venezuela.

But no, Castro would rather reserve himself for “negotiations” (U.S. presidents like Jimmy Carter, Bill Clinton and Barack Obama learned the hard way how most “negotiations” with the Castros end). Instead the General would designate one of his many puppet officials to dust and agitate the scarecrow of Law 88.

Justice is usually pictured with a blindfold because it is allegedly unbiased. Yet the President of Cuba’s Supreme Court, Rubén Remigio Ferro, used his Twitter account to threaten with Law 88’s “severe penalties” anyone who dares commit “acts and behaviors that support, facilitate or collaborate with the Helms Burton goals. “

And as a bonus he makes a display of bravado:  “Those who believe that we are going to be intimidated with threats, harassment and coercion suffer of Delirium Tremens.”

“Delirium tremens” is a complication of drunkenness, and most likely Mr. Ferro ─as well as others of his kind─ has remained  intoxicated for too long: intoxicated with a power-granted impunity that lets them lavish injustice, separate for many years parents from their children,  husbands from their wives, just because they exercised their freedom of expression or other basic rights, without paying a fair price for it.

As he was warned in an open letter sent by the Foundation for Human Rights in Cuba(FHRC) after incorporating his name, picture and record to the organization’s database of repressors in Cuba, he doesn’t  “seem to realize that the time of impunity for Cuban repressors is coming to an end”.

For the time being  Mr. Ferro will be paying the price of having his name, picture and criminal record publicly exposed on a shameful list of repressors, located in the public pillory of the Internet.  His data there will continue to grow, and maybe someday it will help shape a court case.

If he is thinking that when that moment arrives he’ll be able to evade his responsibility with the argument  that he only used his position to apply “the laws that others approved at the National Assembly“,  the Foundation’s response  is “Remember Nuremberg”:  that was already tried by the German jurist and Nazi judge Ernst Janning during the “trials of judges” part of that historic, exemplary process. “It was of no avail for him to dodge his doom. And it will not work for you either, in a future that doesn’t seem so distant now. Better think twice, ” reads FHRC’s final warning for Mr.Ferro, and his