The incoming Helms-Burton Act:  Now the Cuban people know who to blame 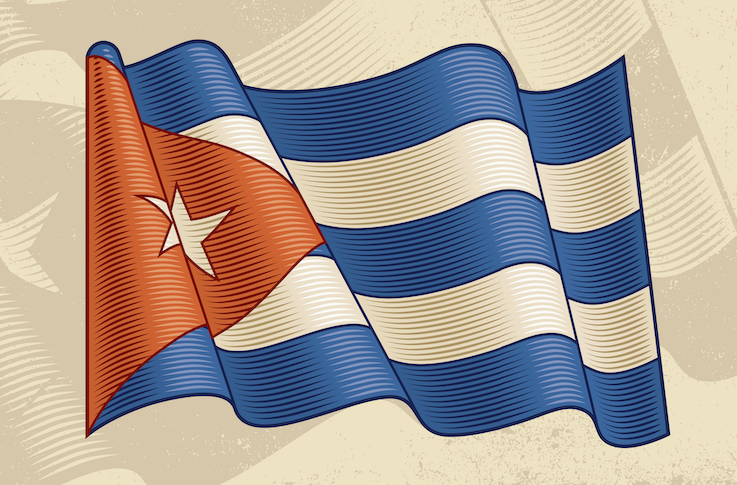 It became a fact-proven truth along the Castro brothers’ prolonged grip on power in Cuba that they only give in when someone heavy enough steps on the oxygen hose that keeps them alive and in control.

The legalization of the US dollar, the restoration of the farmers’ markets and the authorization to establish small businesses only became possible when the fall of the Soviet Union left the Castros adrift, with no oil, credit or hard currency, thereby ushering on the island the appalling crisis known as Special Period in Times of Peace. A few years later, when Hugo Chávez rose to power in Venezuela, they began reversing in Cuba the opening of the 90’s. Yet the brothers’ misdeeds go far beyond their stubbornness on internal affairs. They are the only ones to blame for the approval of the U.S. Helms-Burton Act in 1996 and now for its full implementation, which will become effective May 2nd 2019.

Seeking to claim some foreign policy legacy, the Obama administration engaged in secret negotiations with Raúl Castro. In December 2014 both rulers announced that diplomatic relations would be restored. Almost immediately, Obama began serving Havana, on a silver platter, round after round of magnanimous modifications of the Treasury and Commerce Departments’ Cuban embargo regulations.  A euphoric Castro proclaimed at the National Assembly the final capitulation of Yankee imperialism. It would be him – not his brother – who would claim that “victory” for his legacy: the definitive defeat of the 50-year-old U.S. policy towards the Cuban regime.

The so-called thaw on relations made it easier for Cuba to negotiate a pardon of more than half of the debt it had accumulated over decades with various countries and financial groups. It also meant a boom for the island’s tourism industry, the resumption of commercial air transportation and cruise tourism from the U.S.; allowed the first American investments in half a century, on Cuban hotels; and promoted a record number of travelers to the island from the United States, who were only surpassed by the Canadians. In 2015, for the first time in many years, the Cuban economy grew by a healthy 4.0 %.

Yet, not surprisingly, Castro only picked from Obama’s overture what he considered essential for his regime’s survival.

Despite Cuba’s dire need of foreign investment, he rejected or ignored US businessmen, refused to let foreign companies directly hire Cuban workers, stalled talks on compensating expropriated US citizens and companies and, on the citizen’s rights issue, boosted the repression and harassment of political opponents and the suffocation of the small private sector.

As if that was not enough, he thoroughly expanded Cuba’s interference in Venezuela by sending thousands of military and intelligence advisors to strengthen in that country Cuban-style repression and colonial control. The massive 2017 demonstrations In Venezuela against the puppet regime of Nicolás Maduro were drowned in blood under the direct advice and control of Castro’s G-2.

A few days before leaving the White House, Obama gave his man in Havana a farewell token of his appeasing policy: just as Castro had requested, he cancelled the dry foot-wet foot Cuban immigrant policy, as well as the special visa program for Cuban doctors, who are trafficked as modern slaves by the Castro regime.

Fast forward to April 2019: last week the Trump administration announced a significant expansion of the moderate measures it adopted in September 2018  to reverse – as National Security Advisor John Bolton put it during a speech in Miami – “the consequences of the disastrous policies of the Obama era.”

For starters, the new package of sanctions includes full implementation of Titles III and IV of the Helms-Burton act.

Title III enable all Americans -including Cuban Americans- whose properties in Cuba were confiscated by Castro to sue in U.S. courts those foreign companies currently exploiting any of their non-residential properties, as long as it was valued at USD 50,000 or more by the time of confiscation. That does not include residential real estate properties, unless they were similarly valued and ultimately handed over to high-ranking state and communist party officials.  As explained by Cuban-Spanish economist Elías Amor, at no time it contemplates claiming the current premises of a school or a health center, basically because no foreigner has been authorized by the regime to invest in those sectors.

Meanwhile, Title IV of the “Libertad” act mandates U.S. visa denial to any foreign businessman involved in trafficking with confiscated property in Cuba.

New regulations will also be put in place to restrict non-family trips to the island. On remittances, there will be a new limit of $ 1,000 per person per quarter, which still amounts to a cozy additional income, twenty times higher than the monthly average salary. Or even more, if several people from the same family receive remittances, as long as they are not Government of Cuba prohibited officials under U.S. regulations, as is the case of, among others, the members of the military, intelligence and security apparatus. Therefore, says economist Amor, if the economic situation in Cuba worsens in the coming months, it will not be because of a limitation imposed to ordinary Cubans on family travel or remittances.

Last but not least, more companies under control of the Cuban military have been added to the blacklist of those which Americans are prohibited to make transactions with, while more flag oil tankers will join the list of those blocked from entering US ports after transporting Venezuelan oil to Cuba.

The Trump administration – unlike Obama’s – sees clearly that for the Castro regime to make internal changes in favor of the people of Cuba, and reconsider its intervention in Venezuela, there is only one possible way, and it is maximum pressure. Or as they use to say in Cuba, “cut off their water and electric light.”

Raúl Castro’s reaction? Blaming the “empire” for Cuba’s six-decade accumulated misery and the looming new crisis, a net result of his regime’s selfishness, mediocrity and myopia.

In February 1996 Fidel trampled the olive branch that Clinton offered him by shooting down the Brothers to the Rescue planes. Thus, he secured the approval of the Helms Burton Act.

Raúl, on the other hand, secured its full implementation by  throwing overboard the free gifts that Obama bestowed on him from December 2014 to January 2017; by reinforcing the repressive nature of  his totalitarian regime; and, on top of it all, by exporting it to Venezuela.

Helms-Burton was expected to face a presidential veto, until Bill Clinton had no choice but to sign it into law. Then, for almost 23 years the legislation stayed kind of dormant. Not anymore.

Now the Cuban people can make no mistake on who’s to blame for the consequences.