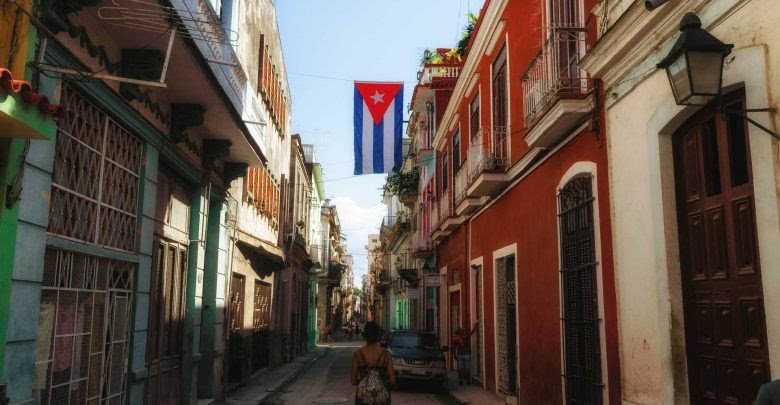 Cuban independent journalist Raúl Rivero once used this old expression said to be derived from an even older Aesop fable.to describe the State ruled by the Castro brothers in Cuba

Rivero wrote that the Castro’s state is like “the gardener’s state”: neither it resolves the Cubans problems nor it let them solve them by themselves.

For decades, Cubans have struggled to counteract with their own efforts the inability of the communist government to provide them with decent housing.

The so-called “llega y pon”, instant favelas Cuban-style, proliferated on the island, only to face later on the cruelty and intolerance of the same government that had left their tenants no other choice. In an worse version of the evictions of peasants conducted by the Rural Guard during Cuba’s Republican years, the Castros send bulldozers to demolish these hamlets raised with sweat and sacrifices, and also send their Party officials to witness it.

Similar luck ran the so-called “squatters”, who sought shelter without authorization in premises sealed or abandoned by the government.

At the end of 2018, in what promised to be just another act of injustice in the vast housing conflict, some 200 houses in the area of Canímar, Matanzas province, had been marked for eviction and unappealable demolition, according to its inhabitants.

They had been living in that place for more than two decades and had already built masonry homes with their own efforts and resources.

Far from accepting to lose their homes and be moved to a collective shelter they knew they would never leave, they decided to start a collective struggle. They decided  not to passively allow the eviction. After receiving some legal advice, all neighbors signed up to back their protest.

As the Observatory of Cuban Conflicts could confirm, the authorities finally gave in and recognized their legal status in their current homes, offering them the emblematic ration book that in Cuba is proof that you exist, as well as new apartments that the affected ones would only accept after previously inspecting them.

Now, as the Venezuelan economy sinks and the United States reinforces its sanctions against Havana’s intervention in that country, the crisis of the Cuban economy deepens and threatens to trigger social explosions. The Canímar effect, to mention just one example, might well get multiplied.

As it happened with the post-Soviet Union demise crisis of the 90s, only when its economic situation seriously compromises its power does Castroism begin to give way.

This week Cuba’s Gaceta Oficial (Official Register) announced new regulations for “the ordering and legalization of housing, rooms, accessories and premises”, and for the “change of use and transfer of premises”,

The official website Cubadebate presented the measures as “a legal package that will benefit thousands of families who today live under permanent lease or usufruct of real estate, or who have built a home without following legal formalities.”

However, it is noted that “those who built illegally and violated urban and territorial regulations, will not be legalized”, a situation naturally found in many makeshift buildings that were erected without the supervision of an architect.

The new measures will not resolve Cuba’s,cumulative housing deficit of between  600,000 living premises,-according to official data- and more than one million -according to the calculations of prestiged economists such as Carmelo Mesa-Lago. To resolve the issue, the laws of the land would have to be rewritten and local private companies be authorized to import construction materials, tools and equipment so that they are up to the task.

But the announcement in the Gaceta Oficial is a clear sign that the tenacity displayed by the Cubans against the “gardener’s State” governing them eventually bears fruit. Much more when it is implemented with a well-organized collection of signatures, or –why not?-a fearless “sit-in”.