CUBA: THE END OF A CONSTITUTIONAL FARCE 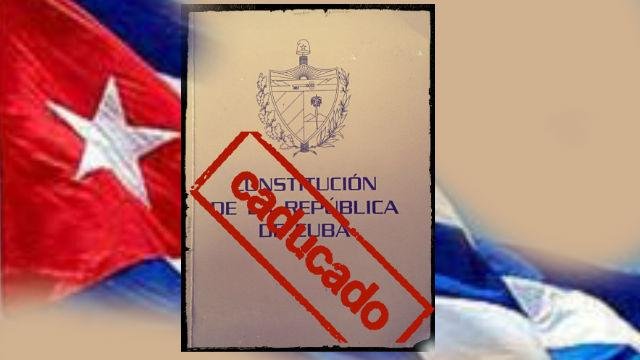 Confirmed! The process of “consultations with the people” in order to make proposals to the Constitution project was a farce. The Communist Party of Cuba (PCC) never entertained the idea of accepting any suggestion or proposal that did not fit 100% with the totalitarian character of the regime.

After thousands of assemblies in which –according to a CubaData survey with the participation of Diario de Cuba-, 45.5% of the invited voters did not participate and only 26.8% of the attendees made any suggestion, the secretary of the Council of State, Mr. Homero Acosta, announced at the National Assembly that the main proposals made by the population were rejected.

The demands to elect via a direct vote the President of the country, or to have other political parties other than the Communist, or to eliminate the irrevocable character of socialism was not accepted. The suggestion that too much power was concentrated in the hands of the State was dismissed. It also turned its back on a majority of up to 82%, according to the cited survey, which opposes the traditional treatment as “traitors to the homeland” of those who decide to stay in other countries when travelling abroad.

Mr. Acosta clarified that the proposal to include the principle that Cubans may create their own capital and invest it in Cuba is not acceptable. He also announced that the reference to communism, which was not included in the first draft, will be now be included.

Removing their mask, – using Acosta as speaker-, Raul Castro and Diaz-Canel made it clear, at the very end, that the issue of marriage between people of the same sex was just a diversionary maneuver. By dropping it they finally showed that it was a well calculated maneuver to distract people from other crucial issues and get them entangled in discussions about something that could not endanger the fascist regime of the now six decades old Castroist tyranny.

If the hours spent on debates about gay marriage were tabulated, the success of the CCP could be quantified.  This was logical, among other things because Raúl Castro is a visceral fanatic of his late brother’s legacy, and homophobia was part of Fidel Castro’s personality, as is well known. It does not matter what Mariela Castro may now says or do, that is, if she did not cynically lend herself to this maneuver, always knowing that it was to be played as a distraction.

The aforementioned survey, -questioning 1,612 people throughout the island between November 12 and 19, 2018-, showed that almost 60% of Cubans reject the State hindering pressures on Cuban entrepreneurs while granting guarantees to foreign investment.

And something curious happened. The regime complained a few days ago that in 2018 it only received “commitments” from foreign investment – mostly as a collection of letters of intent – for about 1,500 million dollars, when not less than $ 2,000 million, according to the Cuban government estimates, are required in cash to reanimate the economy.  Incredibly, (according to The Havana Consulting Group) the self-employed sector was forced to withdraw from Cuba nearly 2,390 million dollars to invest them abroad because the dictatorship does not allow them to invest money in their own country to expand their business

In February, the “new” Constitution, as totalitarian and communist as the previous one, will be proclaimed, and the regime will perpetuate itself and continue to lacerate the Cuban people with more poverty, social backwardness and despair.