THE END OF THE EXPLOITATION OF CUBAN PHYSICIANS IN BRAZIL 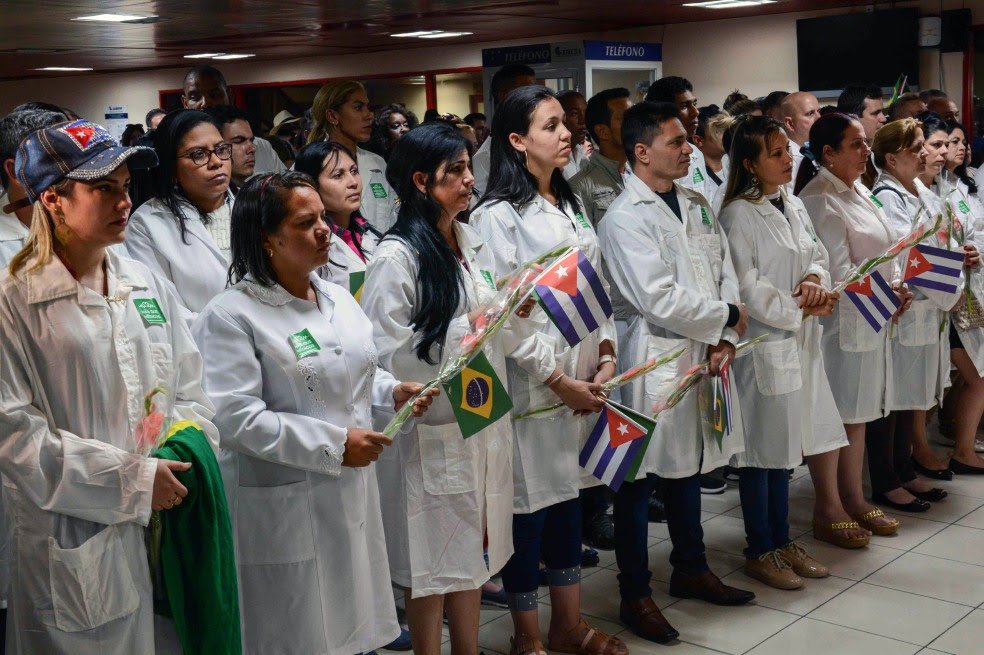 This time the typical Castro’s pride and arrogance have not worked out too well for him.

As soon as the new president-elect of Brazil, Jair Bolsonaro, asked that Cuban doctors in that country be paid their full wages, authorize to bring their children and spouses with them, and open a path to validate their diplomas, Raul Castro reacted as his brother taught him: portray his regime as the victim and resort to blackmail.

He decided to withdraw all the doctors immediately from 1,700 municipalities where they provided a good segment of the population’s medical care. With that exaggerated decision, Raul Castro sent a message to Bolsonaro that could be summarized as follows: “If you cut my millionaire slice off I would immediately leave millions of Brazilians without medical attention, and the political and public health consequences will be paid  by you”. He also sent another message to their allies of the corrupt  Workers’ Party (PT): to begin a series of protests against Bolsonaro’s demands so that they could reinstate their tainted legend as people’s protectors.

But Mr. Bolsonaro is not so easy to manipulate. He quickly countered with the announcement that under such circumstances he will give political asylum to those Cuban doctors requesting it.  For its part, the PT runs the risk that this situation will bring to light new corruption schemes in which national laws were violated and resources of the Brazilian people were looted to favor the Cuban dictatorship.  Now public opinion has breakfast every morning with the published evidences about the slave labor conditions of the Cuban doctors in Brazil.

Since November 21, the Brazilian government is receiving applications from doctors interested in replacing the 8,332 Cuban doctors. They are hired from Brazil and from other countries, including Cubans. By today, according to the Brazilian health authorities, they have received enough applications to cover more than 92% of the vacancies left by those Cuban doctors returned home.

General Castro is not used to facing those who push back his bully attitudes; obviously he miscalculated the new Brazilian president elect. Everything is going wrong for the General. It is to be imagined the confusion that he is in, because for decades no president of the region has openly challenged the Havana regime.

Amid Castro’s failure to blackmail Brazil, there are six dire consequences for the ruling elite:

For all of the above, it’s shameful the opportunist position of Pedro Sánchez, the de facto President of the government of Spain, who in the midst of this unfavorable context to Cuba’s dictatorship,  had just traveled to Havana to give a political boost to the regime and to strengthen the predominance of Spanish businesses on the island.