X-ray of a myth 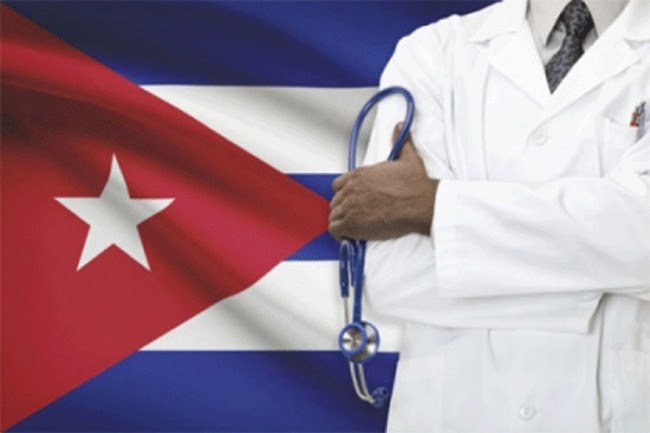 Last week, as described in our previous bulletin, at the beginning of the school year in Cuba, the profound crisis that affects the educational system -in the midst of a new age of permanent technological and scientific advances- were exposed.  Simultaneously, various doctors in Cuba commented to Radio Martí the details of the current collapse of the public health system.

Both reports show a fracture in the great propaganda showcase of Castroism: the education and public health systems.

In educational matters, only one example would be enough: at a school in Arroyo Naranjo, Havana, a lady who was the janitor assistant during the 2017-2018 school year, is now recruited as a brand new teacher in a classroom.

In 2015, Margaret Chan, Director General of the World Health Organization (WHO), described Cuba’s public health system as an example to follow, thanks to Cuba’s capacity and sustainability to respond during emergency situations. It’s unfortunate that Ms. Chan never had the opportunity to personally experience Cuban health services.

Recently two medical doctors, Dr. Santiago Márquez Frías, a resident of Manzanillo, and Dr. Ramón Zamora, from the city of Holguín, described to Radio Martí some details of the profound crisis of the health system. According to their description the system its undermined by the shortage of medicines and medical resources, absence of hygiene in hospitals and acts of corruption everywhere. The possibility of accessing “laboratory and ultrasound tests, x-rays, and caesarean procedures are simply sold” to those in need, Dr. Márquez Frías explained.

Both physicians reported that the admission rooms are “very precarious” and relatives caring for the sick must carry buckets to store water when the patients are going to bathe, as well as sheets and towels. They also reported that the food provided to patients is very bad and poorly cooked.

According to independent journalists, one of the worst scourges is the serious shortage of medicines and surgery supplies.  The hypertensive, cardiac or diabetic patients, may spend months without their medications. Patients must take to the hospitals the sheets, pillows, light bulbs and even the most basic topical antiseptics such as mercurochrome. There is no running water, the walls and floors are dirty, cockroaches swarm, mosquitoes and bad odors abound.  In the pharmacies the most basic medicines are either scarce or unavailable.

You may add to all of the above that according to Cuba’s National Office of Statistics and Information (ONEI) in the last 7 years, 64 hospitals have closed doors.  This means that the country has lost 32% of its hospitalization capacity in seven years. The number of polyclinics has been reduced by 9%.  Data from Cuban economist Carmelo Mesa-Lago shows that health personnel were reduced by 22% between 2008 and 2016. The number of technicians fell by 54% and nurses by 16%. In 2010 alone, 47,000 employees from the health field were dismissed.

Rural hospitals, true icons of revolutionary propaganda since 1959, as well as rural and urban medical posts, were closed in 2011. Peasants and their families are referred to regional hospitals, but due to the lack of transportation in emergency cases, their lives are in constant danger. Diagnostic capacity has drastically decreased and those tests considered “expensive” have almost disappeared.

Obviously everything gets worse with the export of doctors. Nearly 40,000 of them are exploited as “white robe slaves” in 62 countries. According to ONEI, the Cuban state steals more than 70% of their salary which is paid by the host countries. Forty thousand doctors equals almost half of the 90,000 Cuban medical graduates in this profession.

As a result, primary care and its pillar, the so-called family doctor and nurse, have practically disappeared by the reduction of more than 23,000 doctors and nurses according to official data.

In short, the health system so praised by the World Health Organization (WHO) is certainly an example, but the other way around, as a sign of the current Cuban health catastrophe.