Freedom of expression under a renewed siege 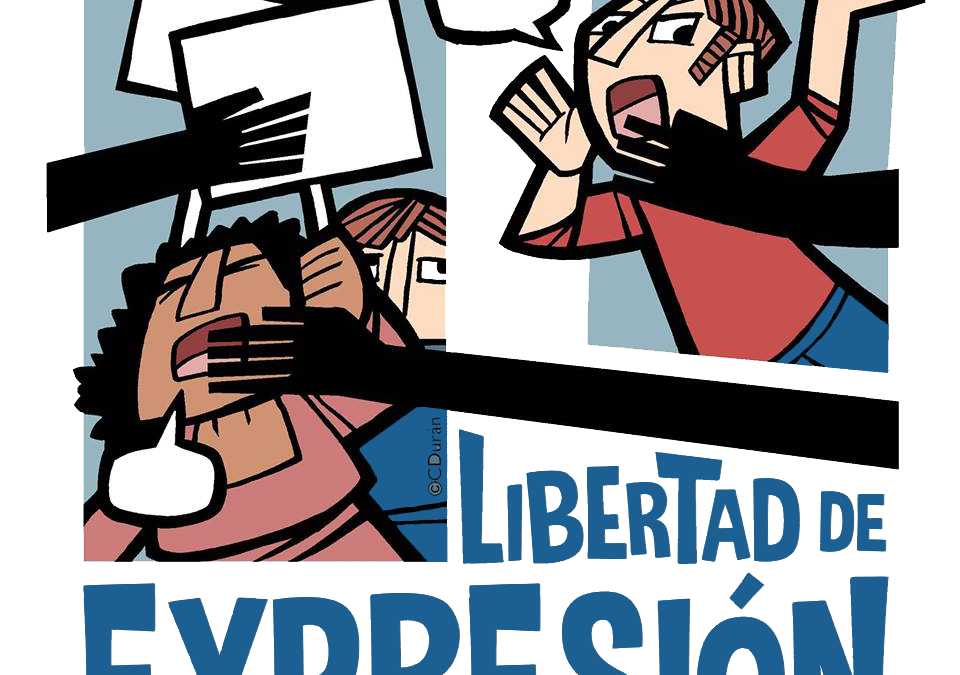 The Cuban government has launched a new offensive against the freedom of the press in the face of the “perfect storm” that is starting to engulf the island.

Venezuelan subsidies are under threat and key sectors of the economy are plummeting, while social tensions are increasing, and the power elite has no option but to start the process of replacing some of the old leaders.  Under these circumstances, the government wants to convince Cubans that they will never be able to freely think, speak, write or act. They insist on hammering the demobilizing assumption that “there is no one capable of fixing this system, neither to overthrow it “.

Their reaction to crisis is imposing further controls, punishments, and harassments; not to implement liberalization, democratization, or change. That is their creed.

But while they harass critical thinkers and investigative journalists, the Cuban system lacks feedback mechanisms. Thus, instead of ensuring its stability, they only enhance its inefficiency.

The power elite know they are stepping on quicksand. Many who previously put their faith in socialism now are reconsidering their beliefs. After sixty years of failures and setbacks, daily life does not live up to the expectations and promises made by “The Revolution”.  Their grandchildren inherited a society poorer than the one lived by their grandparents.  The repressors face an unpredictable future. They do not know if they will be able to emigrate to the West – living in North Korea is not very attractive – if significant change happens on the island.

In this context, it is essential for the power elite to be able to maintain the strictest monopoly on information and perceptions. That implies the increasingly impossible task of controlling free access to the internet, muzzling the independent press, and scaring official journalists. To these targets in Cuba we must add those of us who, in exile, work to have repressors respond for their violent actions.

As mentioned before, there is a new offensive against journalists on the island. The independents are beaten, their equipment is confiscated and they are threatened with jail sentences, if they have not been incarcerated already.  Those who work for the official media are “warned” that if they send their articles to non-state press they will be considered “enemies of the revolution” and pay the consequences.  If they do not lock you up, they will harass you and destroy your reputation.

Overseas, the Cuban government has also renovated its traditional campaigns of “active measures”, disinformation and attacks to the reputation of any initiative, institution or person that could become an obstacle to their intentions of holding to power by any means possible.

The Russians are not the only ones dedicated to manipulating the perceptions and emotions of the public in the United States. Ana Belén Montes, the notorious Cuban agent, exercised her influence within the Department of Defense for many years. Her function was not limited to obtaining secret information and sending it to Havana as just another regular spy, but also, -and in particular-, to “teach” her colleagues at the Pentagon and other agencies of the US government, how they should “understand”, approach, and analyze Cuban affairs. Most likely she was probably not the only one doing this kind of works. These remarkably efficient operations are implemented by the same State that, ironically, is unable to produce enough food for its citizens.

To criminalize its critics, the totalitarian State does not need to justify its actions by demonstrating their guilt. They are experts in manipulating information and making propaganda. The State has all the means at its disposal to fabricate false accusations, witnesses and evidence. They have learned it from their KGB teachers. An independent journalist can be accused of terrorism based on a simple exchange of messages with an organization abroad that the official propaganda has capriciously described in the same manner.

In this unequal battle to crush the independent voices on the island and to assassinate the reputation of the institutions and people that support them from exile, the masters of the totalitarian State also takes advantage of its own governmental and Party connected digital media, such as “Cubadebate” and “La Pupila Insomne”. They also others under the guidance of the Department of State Security, such as is the case with “Razones de Cuba”  and “El Heraldo Cubano.”

But the idea of trying to tame “the wild mustang of the Internet” (as was once described by a former Minister of Interior) as well as the notion of preventing the circulation of alternative information in digital formats in this XXI century, is a chimera of absent-minded old people.

As far as FHRC is concerned, we wish to send a message to the power elite, its Ministry of Interior, and their agents. We fully share the words of Don Quixote to his squire Sancho: “if the dogs bark it’s because we are riding”.

A better Cuba is possible and inevitable!