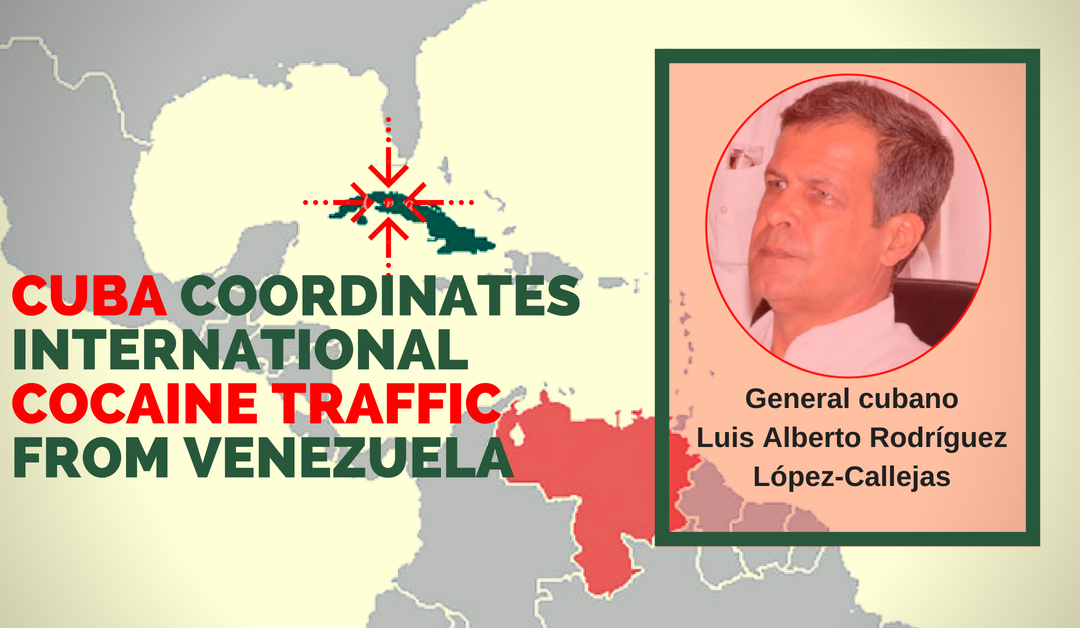 Will impunity ever end in Cuba…..??

At the Subcommittee on National Security of the US House of Representatives, the former Assistant Secretary of State , Mr, Roger Noriega, has just declared  – quoting a Venezuelan active military officer – who coordinates the international cocaine traffic from the airport of La Guaira, Venezuela, that the person in charge is none other than Cuban general Luis Alberto Rodríguez López-Callejas, former son-in-law of Raúl Castro and president of the Cuban military holding company GAESA.  In that same forum, the president of the Subcommittee, Rep. Ron DeSantis, asked the government of Donald Trump to after Castro II for the murder of the four pilots of Brothers to the Rescue that were shot down by a Cuban MIG over international waters , on February 24, 1996,

The trafficking of cocaine of Gral. Lopez-Callejas along with other Cuban military, confirms and demonstrates  the severity of the financial crisis of the regime and explains how, despite everything, the dictatorship still faces certain expenses, and even announces an increase in the arrival of raw materials to the country.

But little by little, the pressure for Raul Castro to be tried for murder, and for Washington to begin punishing the tyrant and other criminal leaders, is gaining force in the US. Attorney Jason Poblete said in the previously mentioned Subcommitee that if the US government declassifies “the evidentiary documents of the case, Raúl Castro can be prosecuted here under U.S. laws.

A few days before, the International Commission of Justice for Cuba, CIJC, composed of personalities from Mexico, Costa Rica, Spain and the Dominican Republic, decided to ask President Trump to apply the Helms-Burton Law so that Castro II can answer for the murder of the four pilots, and the execution of 72 people in the Loma de San Juan (Santiago de Cuba) in 1959, and that the case is also taken to the International Court of Justice along with those of other 42 Cuban officials and henchmen. The CIJC has reported that this request has the support of Christian Democratic parties from 16 countries.

Although Castro II may laughing  at all of this, a trial against him in the US would show the criminal character of the Cuban “reformist” general,  It was unfortunately, a step not previously taken , with Fidel Castro the founder of the tyranny, with more blood still in his hands than his own brother.