V Plenum of the Central Committee of the Cuban Communist Party (PCC): Amidst Fog and Lethanies 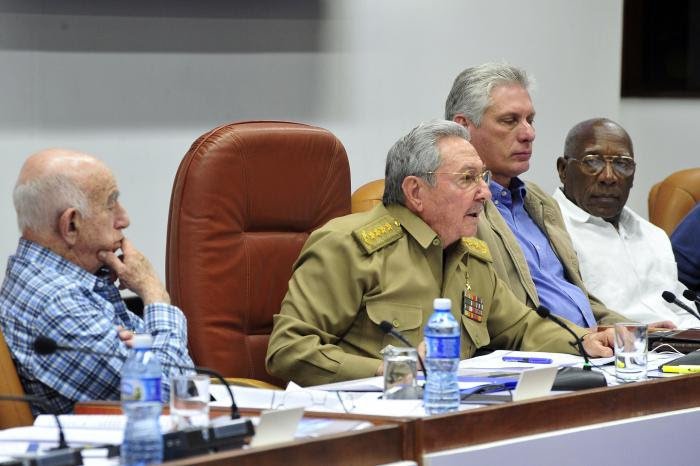 Raúl Castro will leave the presidency without fulfilling almost any of his 12 years old promises. That does not match with the image of “pragmatic administrative excellence ” with which the media and many Western governments surrounded his figure at the beginning of his mandate to cover up the dubious morality of accommodating his dictatorship. Now they want to sell us the successor. Whoever this may be.

The PCC is constitutionally–  which is worthless where no one respects the country’s supreme law–the ultimate formal expression of political power.  But when they meet their main management bodies do not feel compelled to accountability. They completely ignore those governed. They only publish ridiculous notes that do not say anything substantial of what was approved. In Cuba the 11.2 million citizens are at the service of a handful of rulers, not the other way around as in most of the world.

It just happened again. At the V Plenum of the PCC,  the Political Bureau distributed a report titled “Studies for future reform of the Constitution.”  The only thing that the official newspaper Granma reported several days later, was that the future changes (with no established date yet ) to the Constitution will ratify the absolute power of the Party and the “irrevocable character” of socialism. The same old  “news that were known more than half a century ago.

It is unavoidable for Cubans to speculate.  But at the end, based on what Granma published,  whoever will become the new President of Cuba this April,   the dictator, Raul Castro, will remain the “number one” of the regime, until 2021.

Will there be any changes?  It will be a waste of neurons and time to elaborate which changes will take place. All is based on the old tactic of apparently changing everything – much or little – to make sure that at the end the status quo will remain unchanged.

What would it matter if they separate the position of President of the Council of State and that of President of the Council of Ministers? Both positions falls into a subordinate echelon of power, which does not decide anything important and only manages, not rule.  Or if it matters for Miguel Diaz-Canel (or another graceful person) to be a new decorative figure like former President Osvaldo Dorticos, and the head of government is once again a Prime Minister.

In that meeting General Castro acknowledged previous errors committed (never by him, but by his subordinates) in the “updating” of the Stalinist model, but immediately added that “the situation is more favorable that some years ago ‘.

The general did not explain how in the world if Cuba is facing “delays” in the implementation of the most important Raulist “reforms” , Venezuela is in flames, and the country is not fulfilling its financial obligations to the creditors, the situation could, in his view, be “better off than a few years ago”. That disaster and irresponsable ambiguity is his true legacy.

In addition to freezing and reversing its own “reforms,” ​​Raul Castro leaves the government with a legacy of national debt and  insolvency, growing technological backwardness, higher rates of poverty and inequality and the destruction of minimum standards of educational and medical services (two boasted  “accomplishments” of his late brother Fidel).