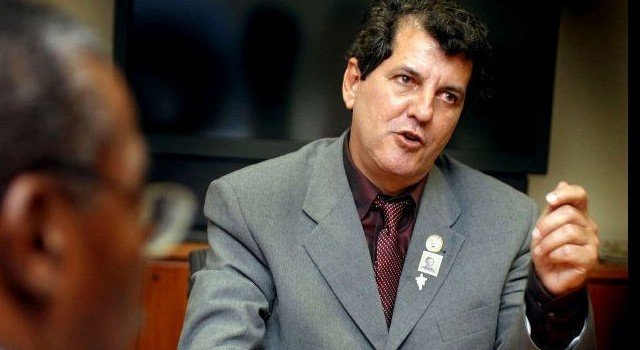 WASHINGTON—In advance of the sixth anniversary of Oswaldo Payá’s death, U.S. Senators Dick Durbin (D-IL), Bob Menendez (D-NJ), and Ted Cruz (R-TX) applauded the Senate Foreign Relations Committee’s passage of a bipartisan resolution honoring the legacy of the Cuban dissident and calling for an impartial investigation into the circumstances surrounding his death. Payá, an outspoken activist for free speech, democracy, and human rights, died in a suspicious car crash on July 22, 2012. While the Castro regime maintains Payá’s death was an accident, Payá’s family and the driver involved in the crash claim another car forced them off the road.  The Cuban government has steadfastly refused to allow an independent investigation of the troubling death of one of its noted citizens.

“Oswaldo Payá was a courageous voice for justice and democracy in Cuba, and his death was a tragic blow to the dissident movement on the island. Our resolution honors his life and legacy and calls for a transparent and independent investigation into his death, which is shamefully overdue” said Durbin. “We stand proudly with the Payá family and the people of Cuba in demanding peaceful democratic reform and the release of all political prisoners.”

“Mr. Paya was a transformational leader capable of channeling the collective demands of the Cuban people for greater freedom and human rights,” said Menendez. “Six years later, his legacy remains strong and we cannot give up on our efforts to ensure a fully independent investigation of the suspicious circumstances surrounding his tragic death.  In honor of Mr. Paya’s legacy, and on behalf of all Cubans still suffering under the Castro regime, I vow to continue speaking out against violations of human rights and democratic values in Cuba.”

“Oswaldo Paya dedicated his life to the cause of liberty in Cuba,” Cruz said. “Though the Castro regime sought to stifle his work, his legacy continues to serve and inspire freedom-loving Cubans. We honor his memory, his brave fight for democracy, and his commitment to freedom.”

An early critic of the Castro regime, Oswaldo Payá founded the Christian Liberation Movement (MLC) in 1988 to promote democracy and civil liberties through non-violent resistance. A decade later, the organization established the Varela Project, which sought to advance democratic reforms by exploiting a provision in the Cuban Constitution allowing the public to introduce legislation. In 2003, the Cuban government arrested 25 members of the Project and 40 members of the MLC, drawing international condemnation and sparking the creation of the Ladies in White movement. Payá, his family, and collaborators endured years of harassment by authorities for their efforts to improve the lives of the Cuban people.

In recent years, Durbin has called on the Inter-American Commission on Human Rights of the Organization of American States to investigate Payá’s death. Durbin has also met with Payá’s daughter, Rosa María.