Grandmother-of-seven, 61, is left violently ill and crippled by diarrhoea after swimming in five-star resort’s pool in Cuba 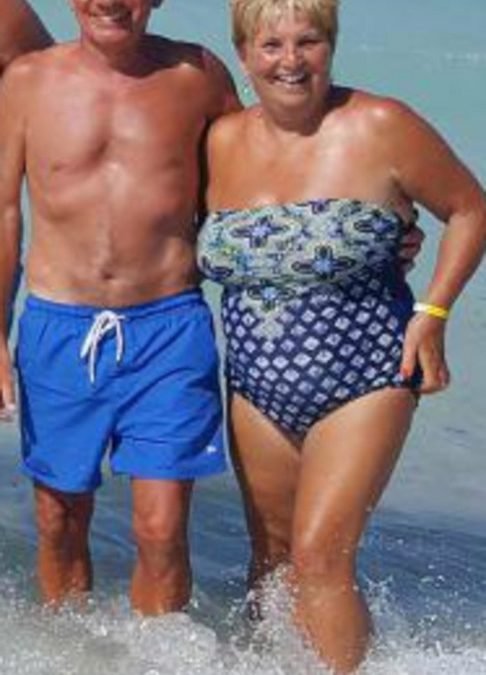 A grandmother-of-seven was violently sick after taking a dip in a five-star hotel’s green swimming pool during a luxury two-week break to Cuba.

Sue Brewer spent part of her £3,000 luxury trip to Cuba tied to a drip in hospital for eight hours after swimming in the ‘horrendous’ water while holidaying with her family.

A few days after being in the water, which she described as ‘really dirty and a greenish colour’, the 61-year-old was lying in a hospital bed, tied to a drip after suffering chronic diarrhoea.

While she was in hospital, the pool at the Grande Memories hotel in Varadero was closed to guests after the water turned even greener, owing to a lack of chlorine, claims Mrs Brewer.

The pool remained closed for the rest of the fortnight.

Sue and her husband Keith, from Ebbw Vale, South Wales, said food hygiene at the Caribbean resort was shocking and that urinals were blocked.

A Facebook group with more than 140 members contains similar complaints to the one made by Mrs Brewer.

Mrs Brewer complained to travel firm TUI, who are said to be investigating the complaints from July last year.

The retired customer assistant said: ‘I was really upset. It was absolutely horrendous.

‘It cost us nearly £3,000 to go and we feel that TUI mis-sold us this holiday. I wouldn’t have even given it one-star, let alone five.

‘I feel so let down. We’ve been ripped off completely. They’ve had us.’

Sue and Keith, 63, were joined by their daughter-in-law’s family on the two week break expecting a ‘stunning’ holiday – although they soon felt their break was mis-sold to them.

Sue said: ‘On the pictures the hotel looked absolutely stunning but I reckon they must have been taken when the hotel just opened because it looked nothing like that.