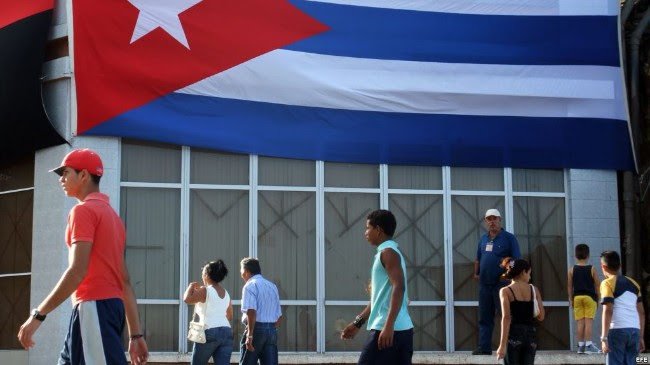 In Cuba’s electoral farce last March 11th, abstentions, and the covert vote against Castroism reached the highest level since these electoral simulations began in 1976.

If we take into account the police state character of the Cuban political system and its coercive methods to squeeze every vote out of the population, it was a setback for the dictatorship. Just keep in mind that by order of the Cuban Communist Party (PCC)  on the day of the “elections” the Committees to Defend the Revolution (CDR)  activists were knocking on each neighbor’s door reminding them to go and vote. Whoever was not going to vote, even if the person was not sick but have a justifiable excuse, it could be designated as “disaffected” or, even worse, “counterrevolutionary”, with the problems that this implies in the labor, social, and political fields.

But more or less votes does not matter because all the candidates are designated by the communists and the voting figures are always manipulated, since the members of the National Electoral Council (CNE) are under the control of the Communist Party and there is no independent counterpart that guarantees the transparency of the electoral process. The traps remain “within the family”.

A large percentage of the population exercises the vote selecting the candidates defined by the communists as the only “politically correct” and do it out of fear; for the understandable paranoia that they are being watched or filmed by commissioners with hidden cameras or the use of other resources to identify personal vows.

In these elections it can be estimated that the percentage of rejection is higher than that announced by the Cuban government. In voting centers there has always been a concern that many canceled or blank ballots are counted as good.

Assuming a modest 15% of more blank or canceled ballots than those admitted by the CNE, another 1.1 million voters actually voted against the dictatorship. In other words, there is no exaggeration if it is affirmed that more than 3 million Cubans spoke out against Castroism despite political, economic and social pressures to do the opposite.

The Castro electoral system is fraudulent by design. These are unique candidates, without competition, and each voter is pressured to make a single cross on the top of the ballot so that he or she can vote for all official candidates in one stroke of the pen, as a block. There are other tricks.

The poor interest of Cubans in their “elections” is palpable. Voters consulted by independent journalists on election day said they did not know who they had voted for or why they voted. That is, they voted by inertia, due to pressure from the Committees for the Defense of the Revolution, the PCC and, above all, for fear of the price they would have to pay if they did not do so. Others said they do not expect any change when Raúl Castro leaves the Presidency in April.

For the first time in 42 years the opposition mobilized hundreds of activists as observers, and although many of them were arrested, a few others managed to go to the polling stations and found a way to accomplish their task.

At the end, with all the false figures and the pressures and tricks, the truth is that the dictator will leave the presidency with the highest rate of unpopularity and apathy towards the “elections” that Castroism ever had.