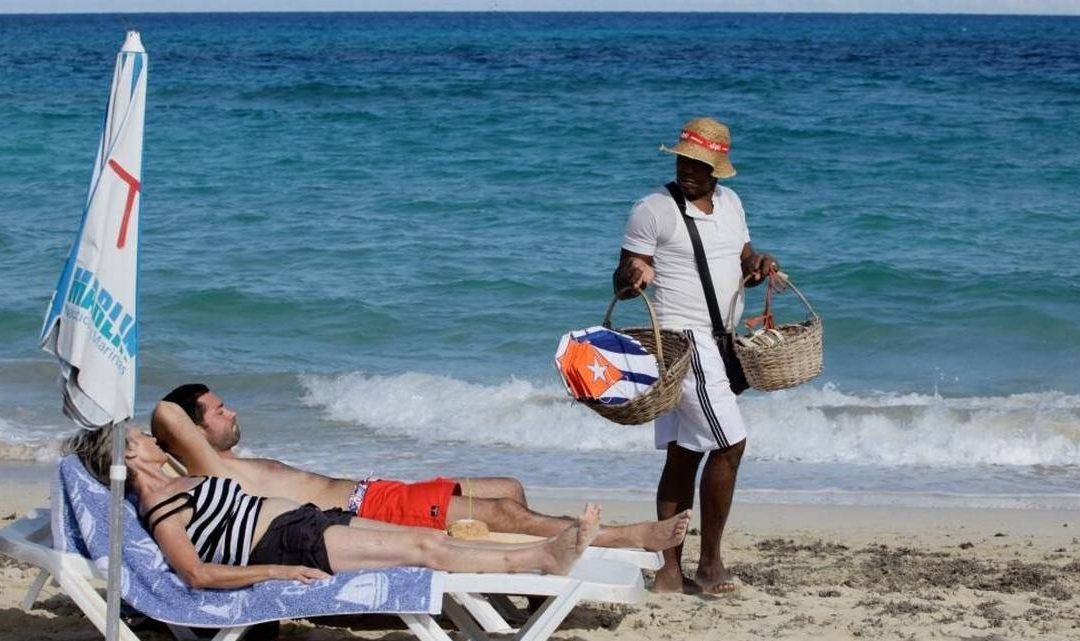 Tourism apartheid — the practice of providing the best of Cuban accommodations and services for foreigners rather than Cubans themselves — has been going on for decades on the island.

For years, Cubans were prohibited from setting foot inside hotels and restaurants reserved for tourists, diplotiendas that stocked imported goods were off limits and only foreigners could buy and use cellphones. That’s no longer the case if Cubans have the money to pay for goods and services, but other vestiges of tourism apartheid persist.

Few high-profile Cubans, however, have taken on tourism inequality in a public fashion until comedian Pánfilo, whose real name is Luis Silva, skewered it in a recent post on his Facebook page.

Silva has made the character of Pánfilo — a crotchety retiree who manages to triumph over the trials of daily life — famous on his wildly popular weekly television show Vivir del Cuento. In anticipation of former President Barack Obama’s March 2016 visit to Cuba, Pánfilo even filmed two comedy sketches with the president. The idea dreamed up by the U.S. was to introduce Obama to the Cuban people in a less formal more familiar way.

Although Silva’s show appears on Cuban state television, “Pánfilo is still given more license than others to point out the daily struggles of ordinary Cubans and even poke fun at the government,” noted Terry Szuplat, former senior director of speechwriting at the National Security Council, at the time of the Obama visit.

“The Ministry of Tourism itself has directives that discriminate against Cubans,” Silva wrote on Facebook. “We can stay in a hotel, but we cannot take out a catamaran with a motor; you cannot use any motorized nautical means.”

He ponders if that’s an indication Cubans are “potential terrorists” who might want to steal a catamaran “to go to the Walmart in Hialeah to shop (or one of the Walmarts because there is not just one).”

He goes on to say “the differences between Cubans and foreigners have been created by the country itself.” Cubans, he said, have become so immune to abusing each other “that it is in the blood and will be for a long time.”

According to the Miami-based Havana Consulting Group, a record 991,122 Cubans stayed at hotels on the island in 2016. That compares to 2008, when just 61,508 national tourists stayed at hotel chains that operated in dollars. Havana Consulting attributed the increase to more travel by Cuban Americans who invite relatives to hotel stays and the growth of the private sector, which has put more money into some Cubans’ pockets.

But despite improved access, it doesn’t mean Cubans and foreign visitors are treated equally.

▪  “It’s truly sad to visit Cuba with my 3-year-old son, an American citizen the same as I am, and they tell me he can go on the launch that takes tourists to see the dolphins… but not me because of the simple factor that I was born in Cuba — even though I hold American citizenship…. What a lack of respect.”

▪  “The only public figure with value has said things exactly as they are.”

▪  “Tough but real. You live 50 years as a foreigner in your own land and then when you decide to migrate you realize that anywhere in the world they value you more than in the land where you were born.”

On his Facebook page, Silva was reacting to a column that appeared in Juventud Rebelde, the newspaper of Cuba’s Communist youth, about a Cuban family invited by friends to take a much-anticipated trip to Jardines del Rey, a resort destination off Cuba’s north coast.

The author, Hugo García, described how the trip got off on the wrong foot because the tour guide decided not to accompany the group on the bus, saying “there is not much to tell in the journey,” even though the group had paid for the service and bought up the empty seats on the bus so the driver would make the trip at all.

The driver explained how the tour guides thought of trips with Cubans as “rubbish trips’’ because “they do not give tips or anything.”

At the hotel, the Cuban group was put in a block of rooms that weren’t ready and the author also noticed while the staff was all smiles with the foreign visitors and made serving them a priority, Cubans were often overlooked. One young Cuban girl complained to the bartender about the lack of service: “They see that I do not have blue eyes.”

“I hope that one day in those places where mistakes exist that we learn to offer a non-discriminatory service that everyone can enjoy: some as clients and others as workers,’” wrote García.

That article also touched a nerve and set off an avalanche of commentary. Some suggested that García needed to lodge his complaints at the tourism bureau where the trip was booked or that at some hotels everyone is treated equally, but others said he was right on the money in describing the duality in Cuba’s tourism industry.

“Believe me, that DISEASE of seeing Cubans, as the most despicable, runs very deep in the majority of tourism facilities in the country,” said one commentator. “Believe me that they no more need to see that your nationality is Cuban for everything to change in a second and they make you feel like you’ve arrived in the wrong place.”